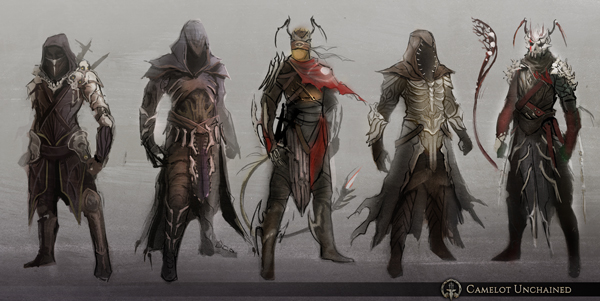 This week marks yet another stretch goal being surpassed for CityState Games’ upcoming RvR MMORPG, Camelot Unchained! The Realm Honors on Steroids promised some of the most comprehensive accolade unlock systems we’ve seen in an MMO, both in terms of accolades as well aesthetically pleasing items to cosmetically show off how awesome you are.

With that out of the way, Mark Jacobs has at least revealed his long teased plans for a new evolution of stealth gameplay. As promised in the preview, he intends to:

Goal #1 – Design a fun, interesting stealth mechanic, and classes that are not seen as “Easy Mode” by non-stealthers

Goal #2 – Do not design a class that is centered around a strong opener, stun, and vanish with long/unlimited stealth, nor a class that can hide, one-shot, vanish again

Goal #3 – Design a class that has the ability to be very active and sought-after, either in RvR groups or as roamers

Goal #5 – Design a class that requires skill to play well, and not just unlimited patience

To do this, he intends to use stealth as a means to capitalize on the rock-paper-scissors nature of large scale realm warfare. This would introduce three types of stealth classes (with tweaks across the non-parallel realms) as a counter to an over abundance of healers/mages. While the stealth classes won’t be your typical surprise 1 hit KO assassins, they’ll have enough armor and disabling techniques to let them hold up in large scale warfare without gimmicky popcorn stealth techniques. But heavier melee will still tank them well in large scale battles, until mages take down said heavy armor melee to complete the triangle. 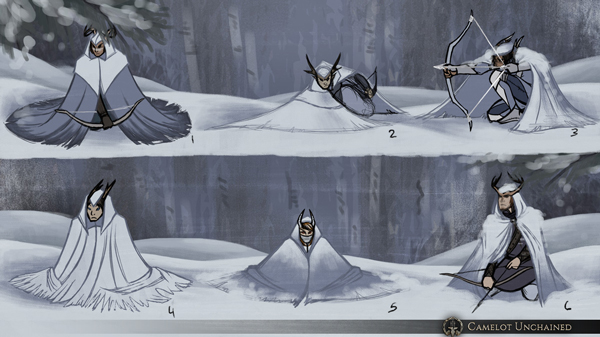 As teased in the previous Archer stretch goal, these archers will wear armor fitting their environment to further blend in to their surroundings, letting them choose when and where to initiate battle against their unsuspecting foes.

Utilizing psychic projections of themselves, this class specializes in fast moving long range eyes to identify and disable foes long enough for their more damage dealing allies to move in for the kill. In major siege warfare, their ability to move through unprotected walls, telekinetically mess with engineering equipment, and otherwise hinder foes will be a force you will want to plan for. 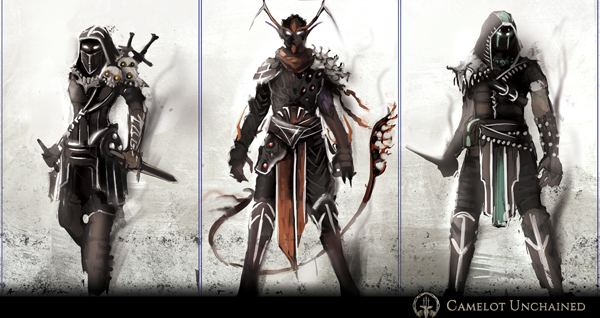 Utilizing the mechanics promised in the Spirit in the Sky Stretch goal, these mobile assassins would move secretly through the outer dimension to appear behind enemy lines to unleash (literal) hell on the squishier back lines. However, moving through the Veil causes issues if you make too much noise, and while the time in the Veil has no hard limits, the longer you stay in it, and the more you disturb it with noisy weapons, or multiple stealthers in one zone, the more damage you’ll take upon exiting. If too much magic is being cast in the zone, these walkers will gain boons to move through the outer realm with even less resistance.

This stretch goal truly encompasses a lot of Bat Shit Crazy ideas that set Camelot Unchained apart. Even if you’re not a backer or planned backer, the reasoning and concepts alone are worth the read. I highly suggest checking out the full post (when you have a solid chunk of time to do so!) on the official site.