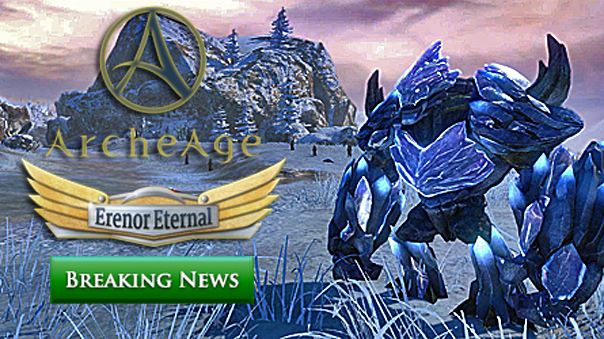 This is not my first rodeo with the fantastic ArcheAge devs. It was certainly my pleasure to see the 3.5 update well in advance of its launch, and I have to say, there are a lot of very nice quality of life improvements coming in this new zone. Not just in the zone, but to the game in general. It’s not all QoL though, because there’s also a new craftable car. I didn’t even really know the game had cars, but here it is! Oh man, [insert this later] is such a sick vehicle! It’s very reminiscent of your ride in Final Fantasy XV, which makes me happy because that thing was beautiful. So this new zone is primarily a PVE zone, which I’ll be going into shortly, but it does cycle between PVE and PVP phases, which I think is absolutely interesting, and the players affect how fast or how slow these changes happen with what they’re doing in the areas. That’s such a clever idea.

The new island is called Aegis Island, and there are three new zones coming to the game altogether. While they are primarily PVE zones as I said, they have a Conflict Cycle, which cycles through Peace, War, Danger/Conflict times which change how you approach the zone as a whole. This governs how players act, how they treat each other for PVP, and what PVE encounters await them. For example, during War you can acquire honor through PVP, but during Peacetime, you cannot PVP while in these zones. It’s a really interesting idea to have an area that is in a constant state of flux, even more so when players have actual control over how that occurs. They can gain EXP in this zone to increase the power of their Ancestral Skills [more on that later], but when monsters die/quests are completed, they move that proverbial clock closer to the “War” setting. The War timer lasts for about forty minutes, then it cycles back towards peace, and the players can once again push towards bloody conflict. If the zone goes to war, the event begins on Aegis Island. In this, players are trying to push back wave after wave of minions, which kind of feels like a tower defense. Rewards include EXP and Crafting Materials [which are always handy], and you can do it multiple times. I love that players decide when this happens, by pushing the zone towards War. Normally these sort of things happen on the game’s time, and they will always feel different. You never know who or what is going to show up to the Island; someone you’ve been trolling might show up and repeatedly murder you, or your best friends might log on to help you stem the tide. 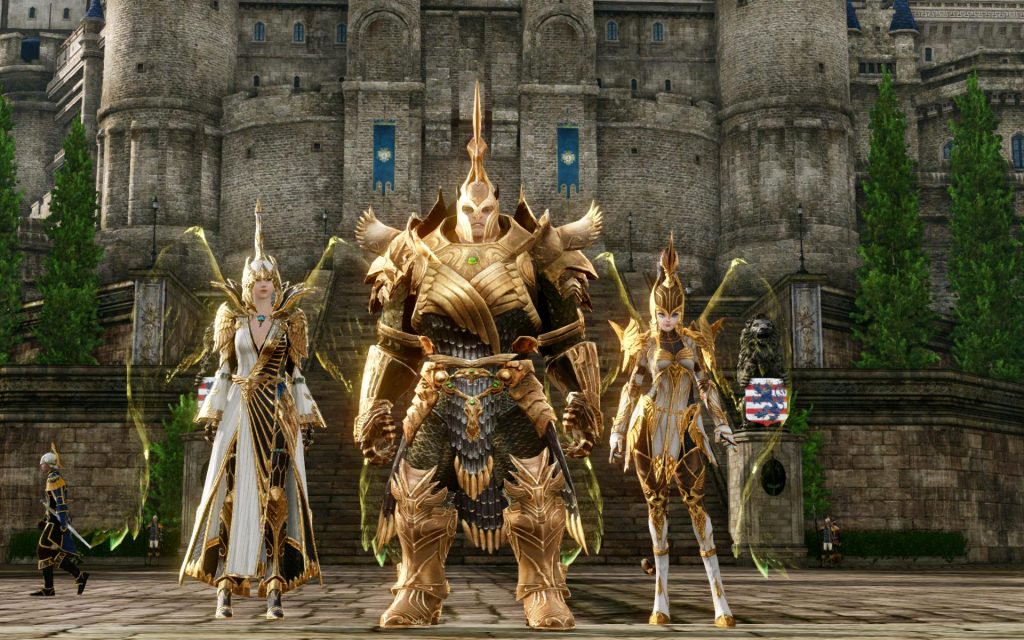 What shiny armor you have!

Whalesong Harbor is the other major zone, supports player housing, and it is the furthest zone to date, located in the Northwest of the world. It’s a pretty standard zone with lots of stuff to murder for Ancestral Skills, and has another really cool world event, which is truthfully more like a Tower Defense, in that it literally has towers to defend. When you force the event to start, the PVE event begins, and PVP is also enabled. You have to defend the towers as long as possible against the endless hordes.  You do this with your skills, and with Towers and other structures, so it’s literally tower defense, which is lovely. The more you push back, the better the rewards.

While the level cap has not increased, there is another new way to level and increase your power, and the way you play the game, and that’s the Ancestral Skills system. There’s a little wing icon on the health bar of your character, and that’s to symbolize the Ancestral Skill system itself. It’s a new set of levels that can be earned in addition to being level capped. EXP you gain from there goes towards these. The long and the short of it is, you use this EXP to enhance or power up three skills from your main parent class, in all new, exciting ways. Killing creatures in these new areas will give you EXP towards that. Each class will have three class skills that they can augment in a variety of ways. One of the downsides to MMOs is that abilities can feel stale after years of playing the same ones over and over. So they’ve invented this amazing new way to create combos for powers that you have never seen before, and change the way you approach some challenging content at level cap. This is one of the coolest things I’ve seen in an MMO, as it’s a different approach from just applying Masteries, equipping a new piece of gear, etc. This is far and away a different approach to gaining more power.

There are always new fiends to fight.

The other major update comes in the form of the trade system/crafting. So there are Trade Outlets, set in fixed points on the Eastern Coast. You acquire trade bundles here, which you purchase with gold. They’re more valuable over the sea, so your goal is to get it there as fast as possible. They do degrade and lose value, so time is definitely of the essence. This is a really cool way to make money, because you have to invest a little to make more.  From what I saw, they were about 30 gold, and had a value of roughly 130% of that. But here’s how you do it:  You craft/acquire these “Trade Packs” and take it to the outposts. The outpost also keeps track of how many you’ve brought in. From there, you acquire “Cargo,” which is what you take across the sea to make a profit. That’s a double-up mechanic to make a profit. Say we buy the pack for 32 gold, and sell it overseas for about 60 or so gold. You make the pack, you take it somewhere, and from there, you go overseas with all expedience to make some money. This is such a cool feature. 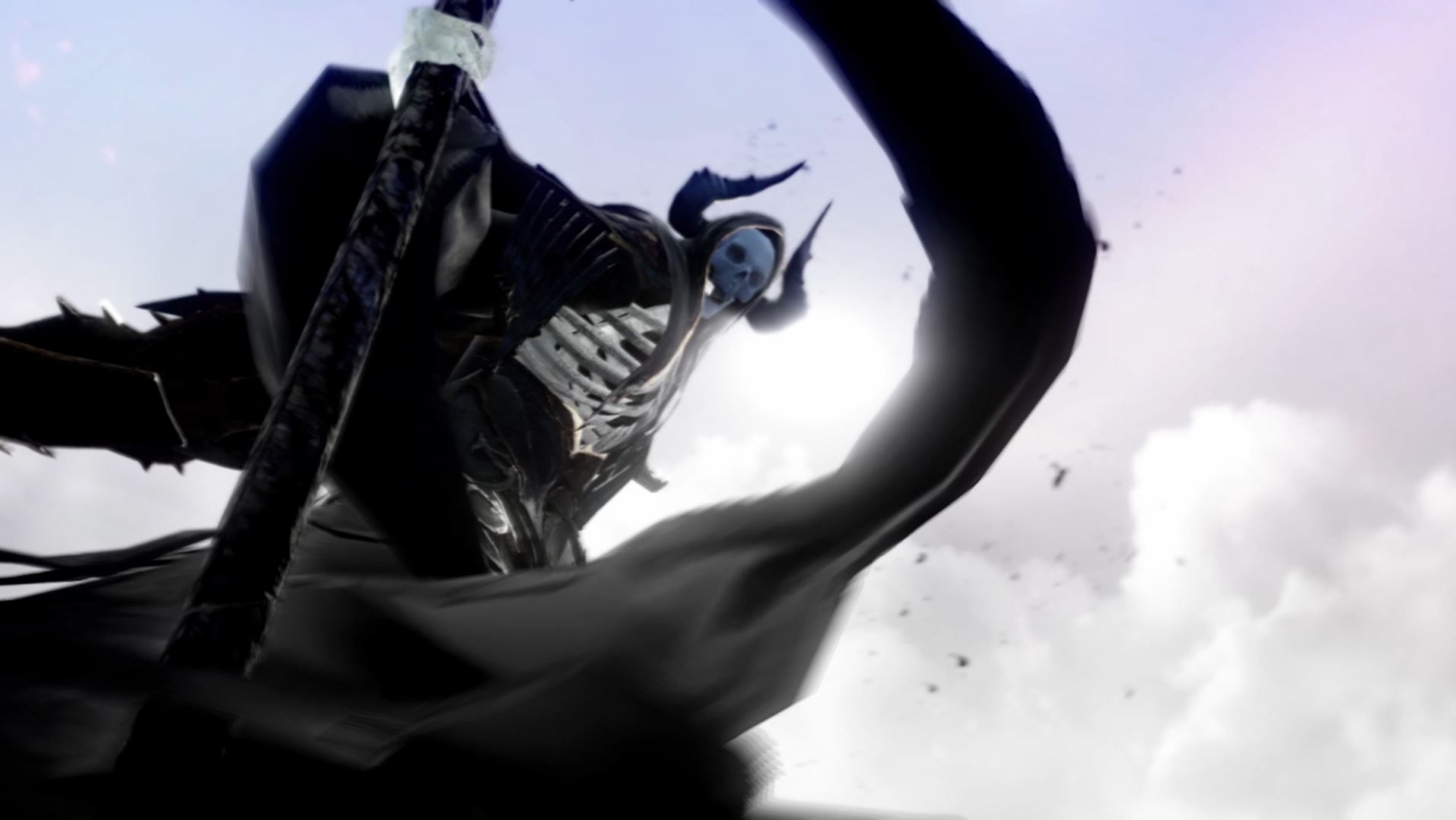 Who is this mysterious figure?

But also… Crafting has been updated! You know what the worst thing about crafting is? Crafting something that you don’t freakin’ need. That’s the most soul-crushing thing that there is in an MMO. The materials required to craft has gone down, and the tiers of progress have gone down from 5 to 2. It used to be five levels to get to Illustrious, but that’s been cut down to save on players’ collective sanity. Once you’ve reached Illustrious, there’s no more RNG on what the result will be. In 3.5, players can pick the type of item they want the result to be! So you can now craft stuff you need, or a friend needs. Regrading is also seeing a bit of a change! Now you can see the success change in the Regrade system, instead of the silly arrows that don’t really help much. You can see the chances of going to this or that tier. Also: There’s a new grade: Eternal! It’s the first time they’ve added a tier, and that’s exciting news!

There’s one more important thing, in that there’s a new type of gear in the Erenor set. Weapons, Armor, and Accessories included, in the first new tier of gear released since 2015, so this will no doubt appeal to the players. Not to mention, the gear looks incredible, and when you get the full set, you get a beautiful winged aura. So you can work on this without stressing about RNG, which is the bane of all crafters. The other really cool item is there’s a new car! The Rampage models are the gorgeous cars that I mentioned before. You can craft these, and they can hold three of the cargo packs. 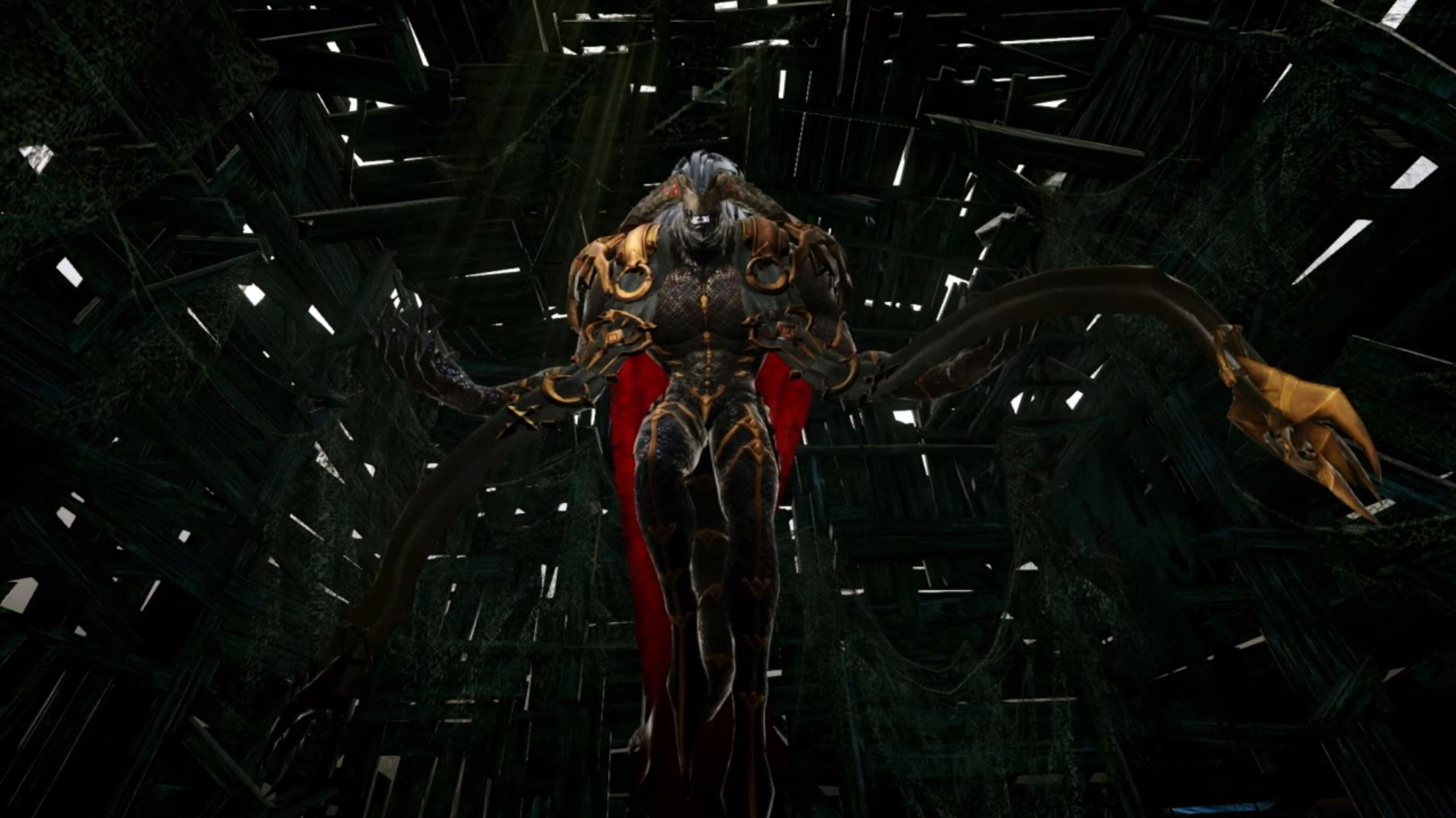 Doom~! Run, Mortals! Flee while you can!

Patch 3.5 of ArcheAge is an incredible update with tons of huge changes, all of which are definitely for the better. I’m glad that they’re keeping an eye on what their community wants, and what the struggles in the MMO are. These are not just for old players, but definitely for bringing the new and idle players back! You can also win a cool costume for coming back before 3.5! The game has changed in such incredible ways, and I’m so glad they’re removing a lot of the crappy RNG stuff, with something that does require effort, but you’ll be rewarded with what you’re after instead of something that serves you no purpose.

Erenor Eternal will go live later today, so stay tuned to ArcheAge and get ready to explore this new content!