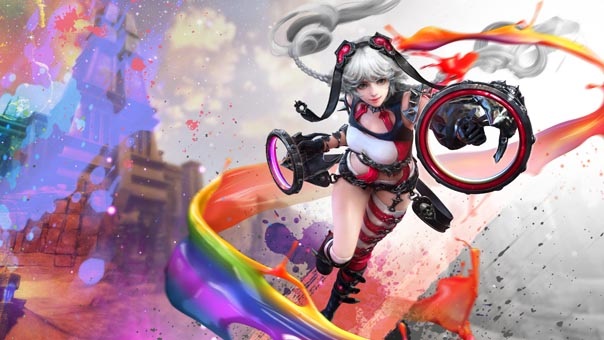 AION‘s latest update will be officially dropping on the EU servers on July 10th, 2019, and plenty of content comes with it. Aside from a wealth of game improvements, a pair of new instances will arrive in AION. If that weren’t enough, a new class specialization hits the game, the Painter (for the Artist class). The Aether Colors were created long ago by the first Painter, Irunin, with Siel’s help. Once Siel sacrificed himself in the Cataclysm, Irunin disappeared mysteriously. The Painters no longer had a path to follow, but now, after they have given their lives to save innocents, they are recognized as heroes.

The Altar Siege battle will be intense as well, now that Tiamat has usurped Apsu’s place as Dragon Lord in Dumaha, and are razing the land. The Stella Corporation wants to develop Dumaha, and return it to its former glory, but the Snuwa stand against it. The Daeva will need to bring peace back to this land. There’s also a new Stella Development Laboratory to look forward to as a new PVE instance. More information will be had closer to launch.