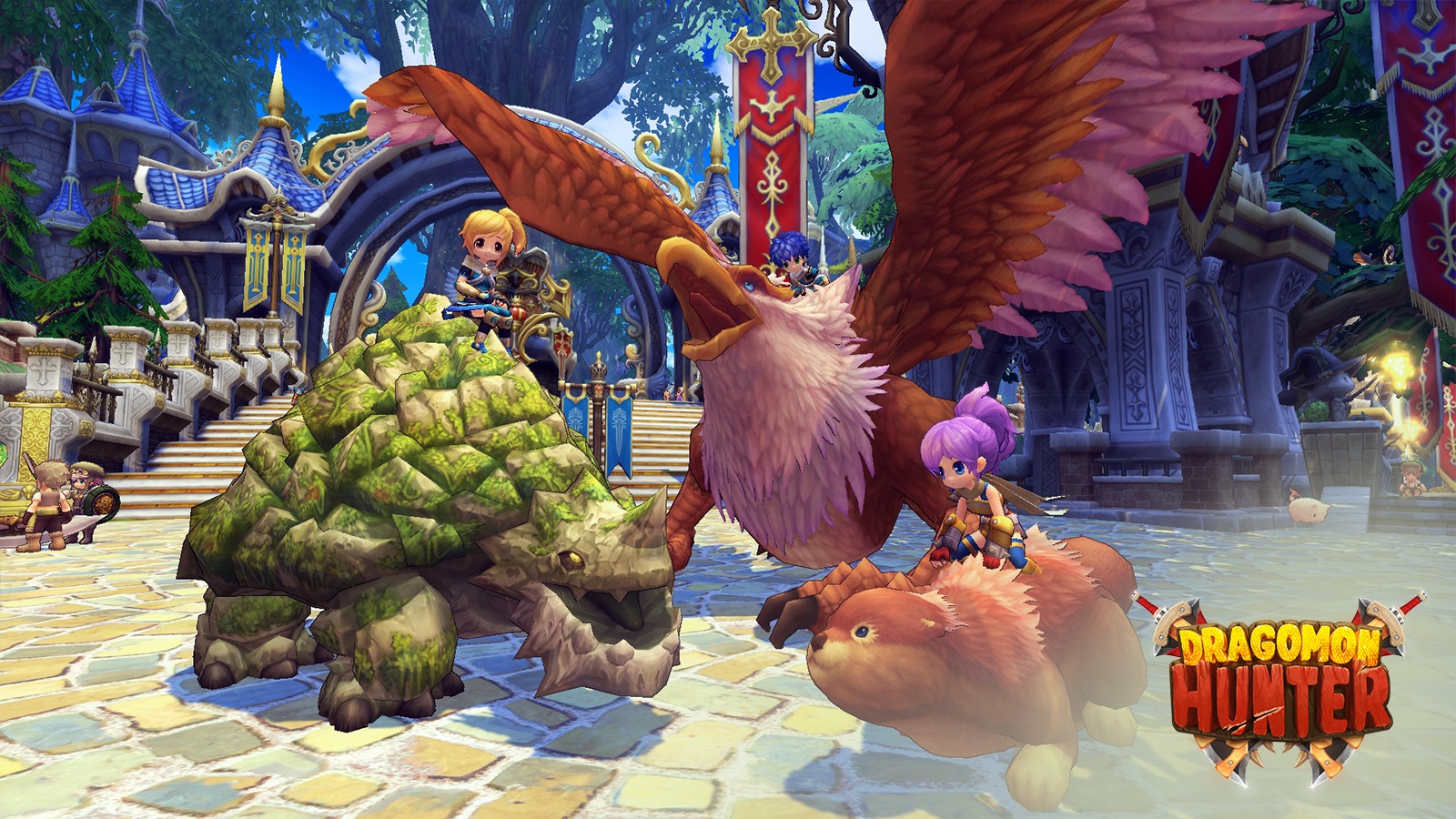 Monster hunters, prepare for battle! Aeria Games today announced the upcoming Dragomon Hunter, an anime-style MMORPG that pits players and their friends against fearsome and fantastical creatures. With more than 100 monsters to track down, a huge world to traverse, and the ability to turn any monster you defeat into a mount, Dragomon Hunter will appeal to the adventurer in everyone. The game is set to launch in North America and Europe in both English and French this fall; to celebrate, Aeria Games has released the debut trailer.

Players can team up with their friends and jump into this immersive fantasy world as one of four classes: Scout, Mercenary, Mage, or Cleric. The most skilled hunters can put their strength and teamwork to the test by squaring off against the fiercest monsters around. Materials obtained from fallen opponents can be used to craft and upgrade powerful weapons and equipment. Once conquered, monsters can even be added to a player’s mount collection!

“We can’t wait to bring the monster-hunting action of Dragomon Hunter to our North American and European players,” said Tom Nichols, Vice President of PC Games at Aeria Games. “Gamers will love forming hunting parties with friends, riding their hard-won mounts into battle, and taking down the wide array of fantastic monsters in the game to add to their collections.”

Dragomon Hunter is being developed by veteran MMO studio X-Legend, the team behind popular titles such as Aura Kingdom, Eden Eternal, and Grand Fantasia. Fans can get all the latest news at Dragomon Hunter’s brand new teaser site and the game’s official Facebook and Twitter pages.