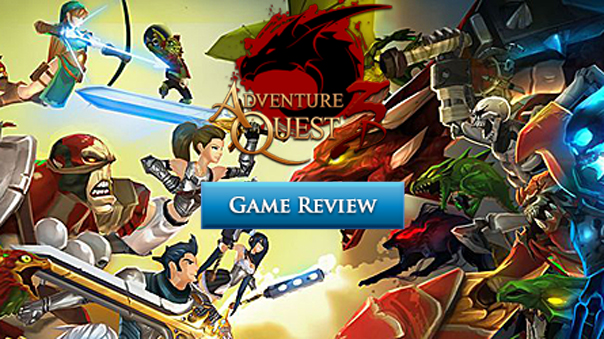 AdventureQuest has always been this game that’s been around. While other MMOs went for flashier graphics and gimmickier gameplay, they stayed true to what won their huge fanbase over in the first place. Any old school gamer likely associates AQ with good memories you once had, and it always surprises you that the game is still around. Every year they have tons of updates and new content, and have their own niche of style that keeps players interested and around to play. I personally always go back when I hear about new content, and always stick around for a couple of months until I have my eyes set on something new. That’s the place AQ has always held in my gaming schedule, a fun game I play when I get bored, and where I know I will have a great time, but I never stick around for the long run, because it isn’t really about a daily grind. But now AdventureQuest has taken a different path, joining the rest of the genre in their own styled 3D game. 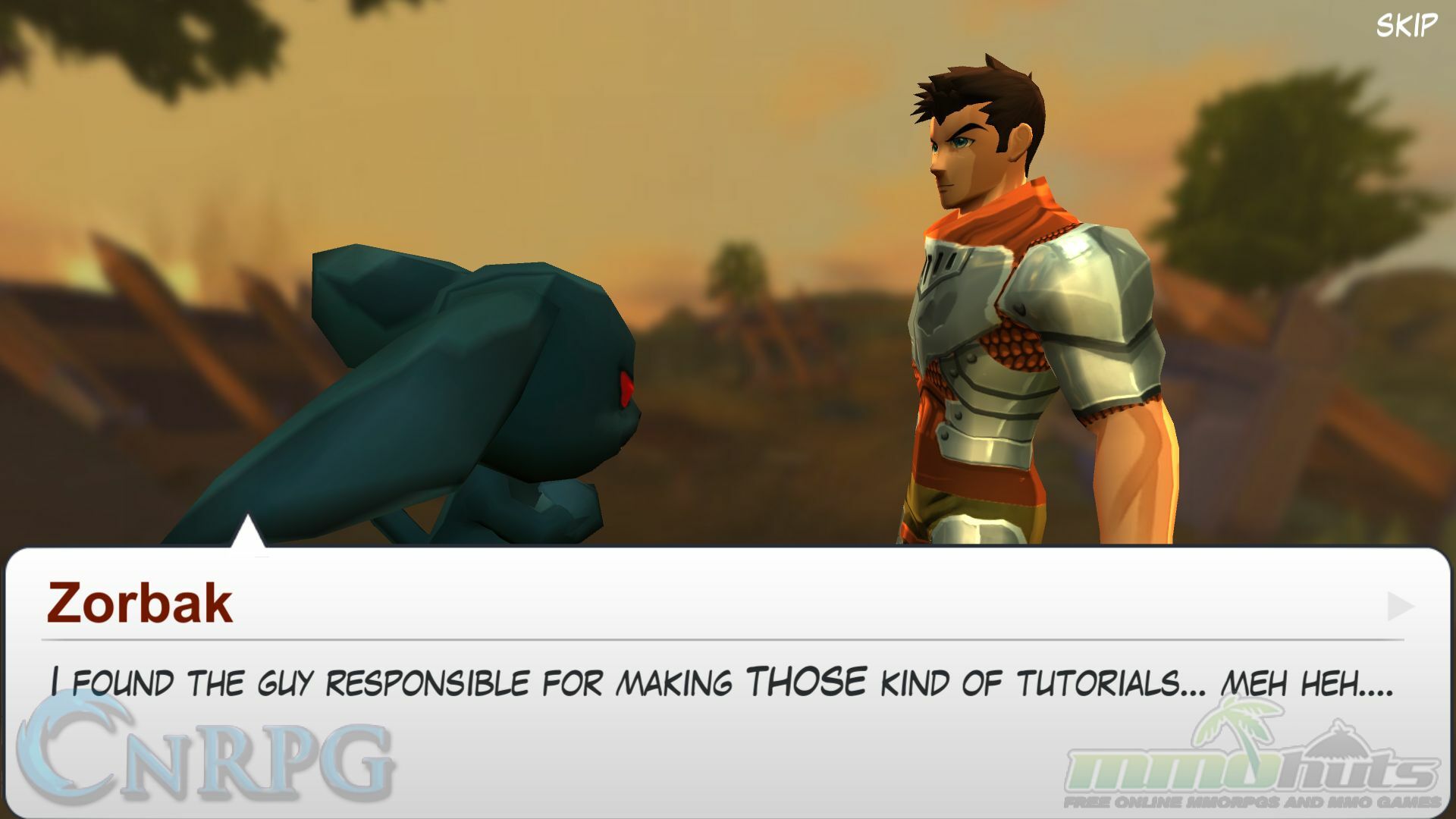 The Artix sense of humor is definitely present.

On the 19th of October the open beta of AdventureQuest 3D went live to everyone out there, and being an AdventureQuest fan I personally couldn’t wait to get my hands on the game and try it out. How would their stylized niche fit in the 3D realm? They always excel in keeping a simplistic style of gameplay without necessarily feeling like the game is only made for a younger audience. This has a lot to do with their more adult storytelling and the older community built around the game. As I jumped into the game I was ready to hunt for this same experience, hoping I wouldn’t be disappointed.

The game starts by making one of three available classes: rogue, warrior and mage. I personally went for the warrior because they have always been notorious for having kick ass looking swords, and who doesn’t want to look awesome while slashing away monsters? And right off the bat you are thrown into the world of chaos, special looking creatures and NPCs that will have fun with you. Your first encounter will right away show you what makes a game more fun and engaging – a small little creature who has decided that tutorials are boring explains to you that the game is not fit for this world. In the end the small creature will instead tell you how the game works, and slowly finds out the mistake he has made. A nice little touch of self-awareness as to how the industry is ran, and what people can find in games of today. The jabs at other games of the modern era keeps the dialogue interesting. 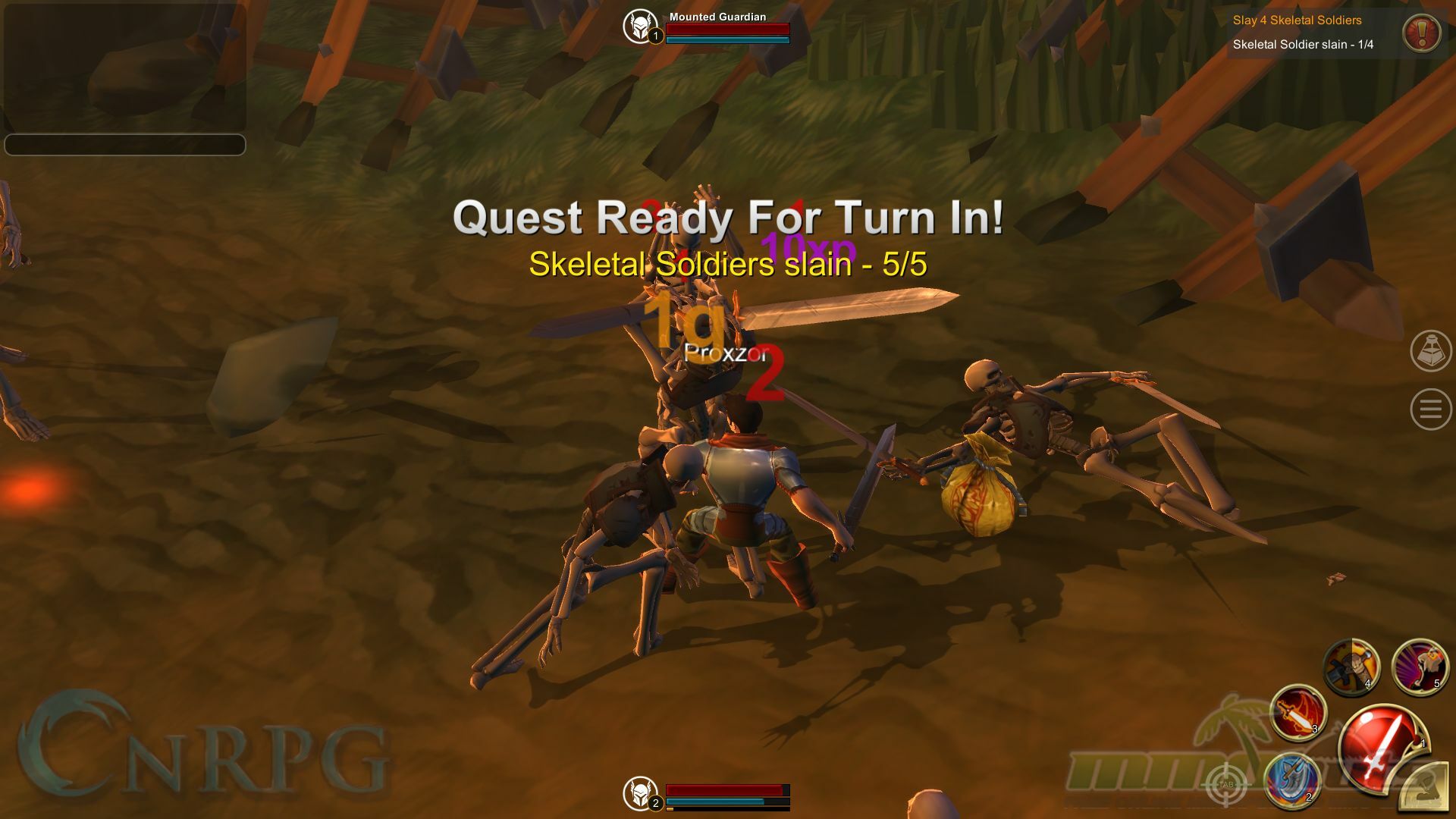 Questing feels really dated, and combined with teleporting between zones, can take you our of the immersion.

The niche of AdventureQuest is unfortunately something I felt was missing right from the get go. The game usually is known for its special style, and obviously the simplistic gameplay. This new 3D version captures the feel of the world and simplistic controls fine, but that special feeling of playing AdventureQuest is not. The controls are really straight forward, almost the same as any other MMORPG, but it feels a bit clunkier. Looking around doesn’t work that well yet, and you can really tell that they’ve been scrambling around trying to make the game work on multiple devices. Yes that is right, you cannot only play this game on your computer but on your mobile devices as well. Therefore the game isn’t really the best looking game of this era either, it looks… well let’s just say simple. The effects aren’t worth talking about either, and in general feels a bit lacking as an actual PC game. 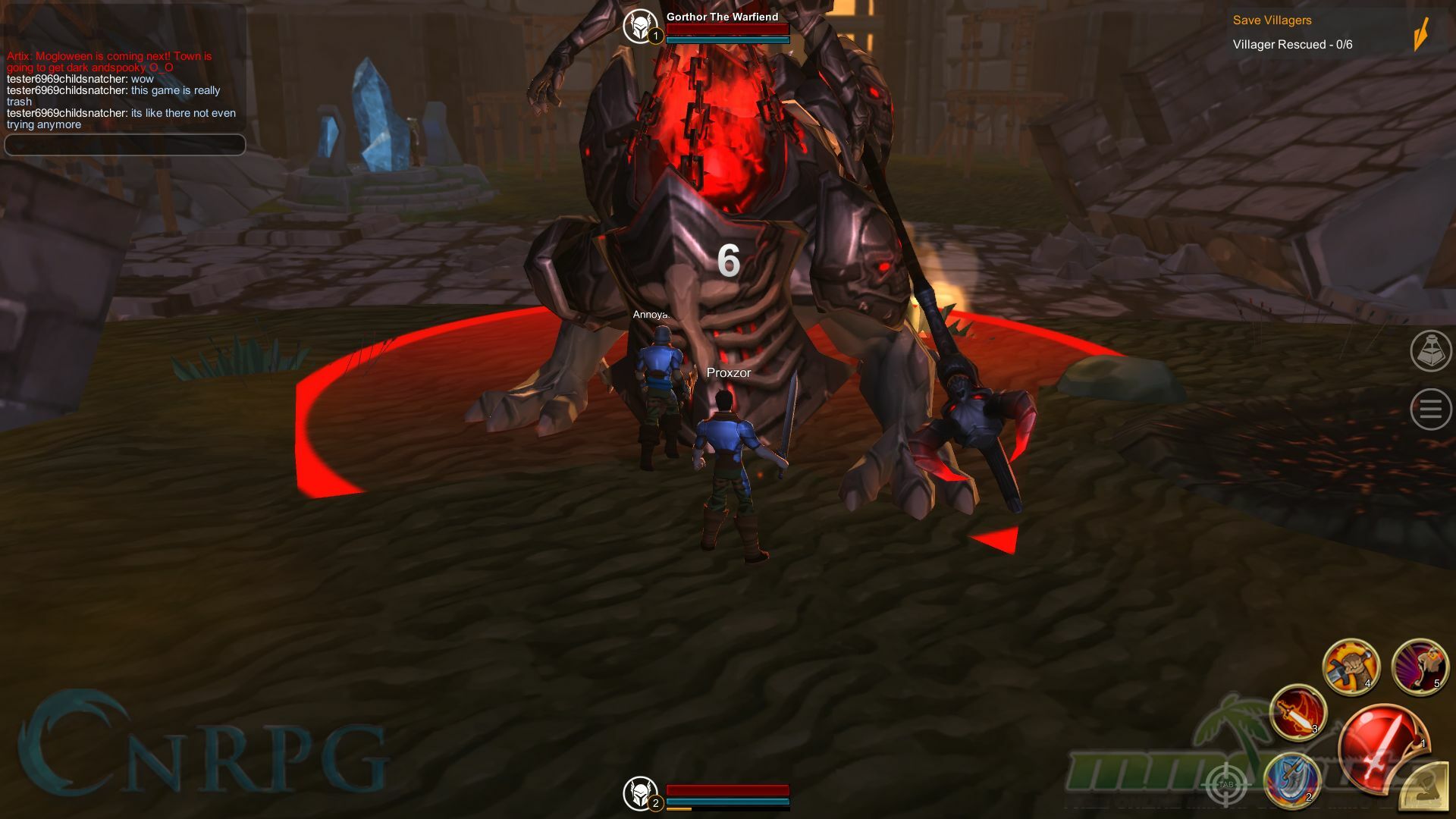 Once done with the starting zone, you go to the next local hub where you will be able to talk with a few locals to obtain a series of quests. As usual in AdventureQuest games, you roll right back into another story and continue from there. The first thing I noticed was how little information there was available both on the screen and from some of the shops. I had to guess a few of the things, and I bought a few items from shop that I thought were of use to me, but instead ended up being the same as the items I was already equipped with. My precious saved coin turned into junk in the confusion. The game also lacks some sort of a map, so I really had no idea whatsoever what the world really looks like, and where I would have to go for quests, or other objectives. Rather than a feeling of mystery, this gave off the feeling of a shallow world. 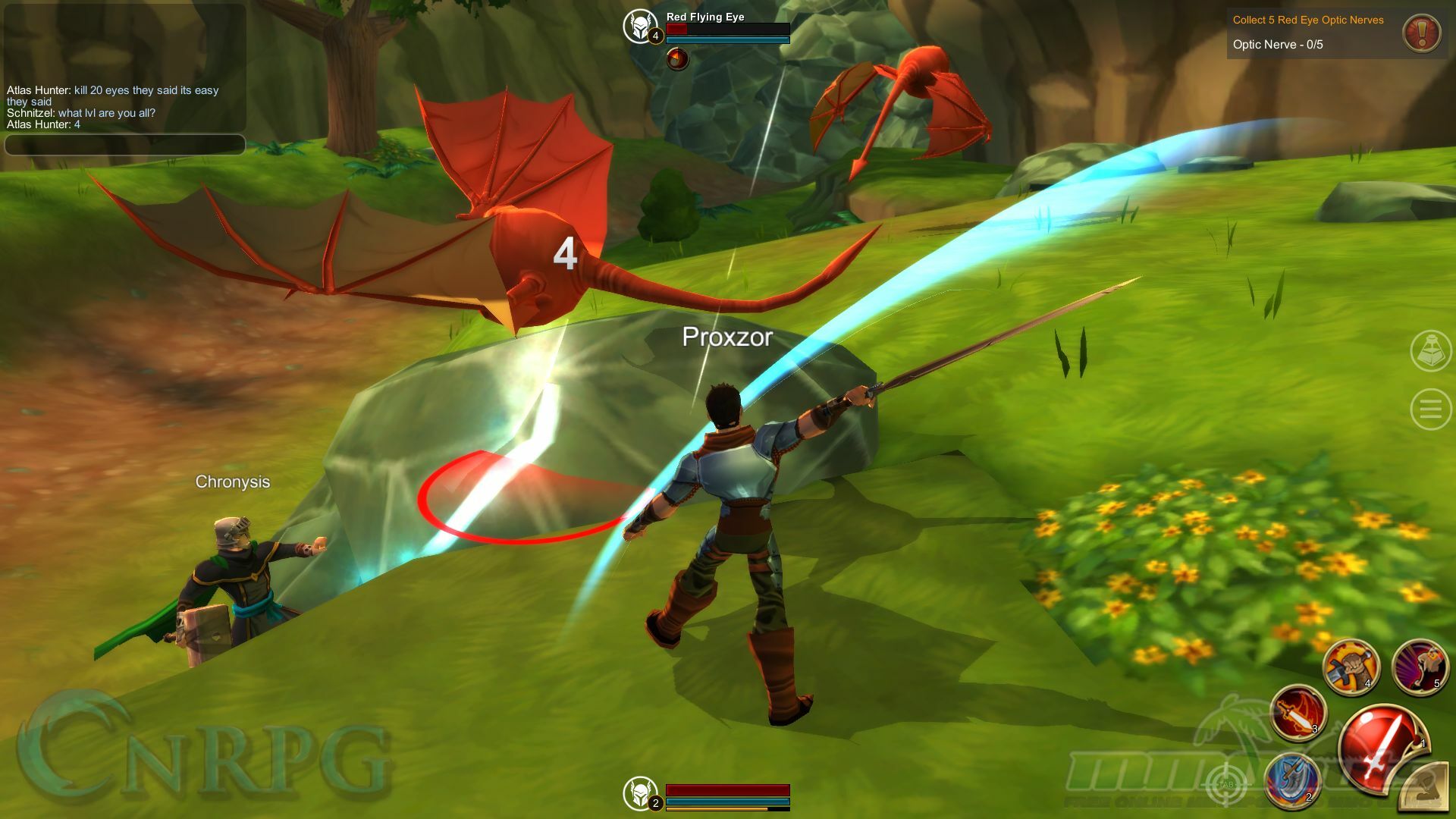 Combat is pretty basic and bland.

Initiated quests all filter into your quest log for tracking. Here you can track all of your quests, and travel to each of the required zones to complete these quests. Unfortunately the traveling wasn’t working too well either; some quests had a working travel function, some of them not. When the auto-travel is busted you just have to use the context clues to figure your way there. Speaking of the travel, AdventureQuest is unlike other games that involve physically moving to a portal or some sort. You simply find out the zone you will have to head into, and usually there will be a travel function set in place to teleport you to the right area. This idea works well with the previous AdventureQuest, but again gives me a shallow feeling in this new 3D version. I personally prefer traveling through the actual world, discovering things and seeing how the world is shaped. Skipping the in-between to teleport right to the final destination is convenient, but it’s what a MMO in my eyes needs to get you intrigued in the world and the problems involving it.

The combat in itself is nothing special either. It reminds me of simple mobile games where you will simply click on your target, or use your tab function, unlike some other games (I am looking at you Blizzard, you should really feel ashamed by the way). Once an enemy is targeted, you can cycle through the five buttons in your right hand corner to use your specials. As I mentioned earlier, the spells’ animations and effects aren’t really too flashy, but it gets the job done and probably makes the performance a little better when you are playing on a tablet or mobile phone. 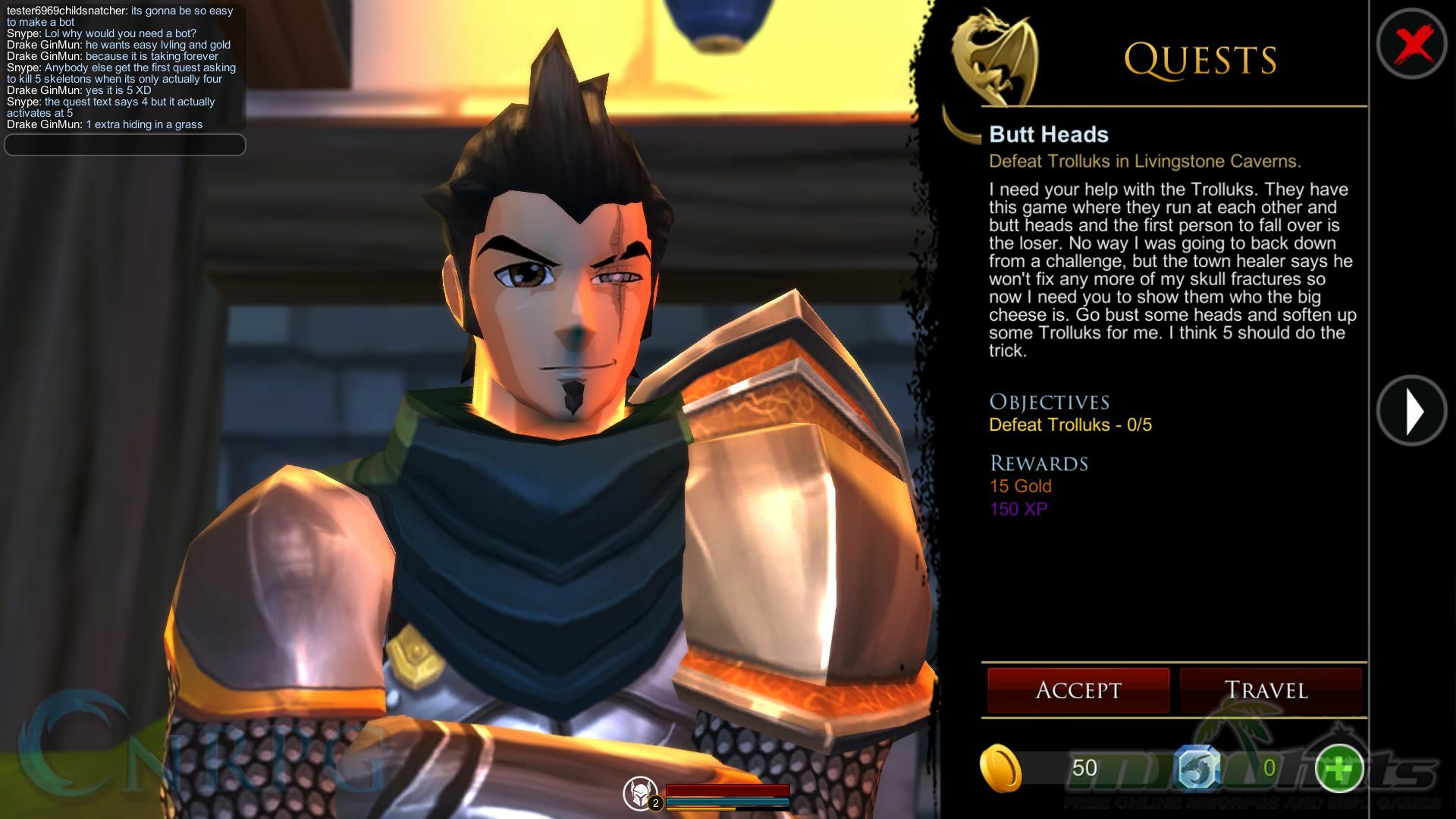 The style feels ideal for the mobile version while still holding the AQ style.

Since you do not really have a map, or a minimap of the area, it is really hard to figure out what quests you can really do, and which ones are in a higher area or zone where the monsters are too strong for you to handle. Especially in the beginning I had some trouble staying in the right zone fighting monsters of my own level. I kept traveling to these other areas as quests directed me, only to find out the monsters were twice my level and could kill me in a few hits. The complete lack of tools to navigate your way through the world is unacceptable for an MMORPG designed today. With gamers running on limited time, we don’t want to waste our hours getting trashed by monsters because we don’t know the right place to go to in order to experience the game as it’s intended.

Right now I do not really feel the game is worth looking into if you are looking for an actual PC game MMO. The game feels a little empty, a little too simple, and a little unfinished around the edges. People these days have high (sometimes ridiculous) standards for their MMORPG, and will feel immediately disappointed that AQ3D doesn’t live up to them. As an actual mobile phone MMORPG I can definitely see the potential and fun. The game does feel like it definitely belongs there, but feels like it’s too much of a stretch to target the PC fans. If I want to play AdventureQuest, I prefer to play the current 2D version of the game instead of this beta.