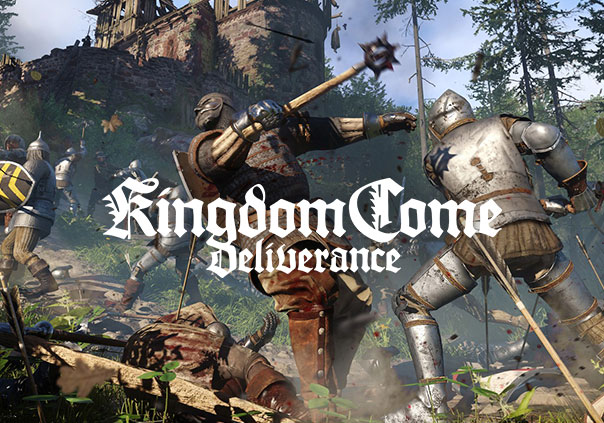 Kingdom Come: Deliverance is an open world RPG set in Bohemia, 1403 A.D., developed by Warhorse Studios for PC/Steam, PS4, and XBox One, on the CryEngine.

Wenceslas’s enraged half-brother Sigismund imprisons Wenceslas and invades the country with his mighty army. Unfortunately, in the midst of this chaos, your character Henry suffers. The mercenary army destroys your home and kills your family, you are the sole survivor of the bloodbath and it is here that your road to redemption starts. Enjoy the detailed reconstruction of the 15th century landscape. Use weapons that were used by knights. Take part in epic historical battles that happened in Middle Europe and in castle sieges!

►Kingdom Come: Deliverance takes pride in its historical accuracy and realism. Utilize weapons wielded by real knights and immerse yourself in the recreated 15th century landscape of Bohemia.

►There’s no “right way” to overcome obstacles. Will you attempt to use guile and charisma, or cold steel? Each situation may call for a different method of resolution.

►NPCs are more than just mannequins. They’ll report crimes and respond to your reputation. Will they fear you as a tyrant, or laud you as a hero? That depends on your actions and choices.

Treasures of the Past: Contains treasure maps of the lords banished by King Sigismund, and the mythical armor of the Warhorse tribe.

From the Ashes: Build a village from the ground up! Become a bailiff. No, not like Night Court: you decide what buildings to erect and settle disputes between villagers.

Band of Brothers: Guide a mercenary band along the roads of Rattay in an effort to clean up the banditry in the region.