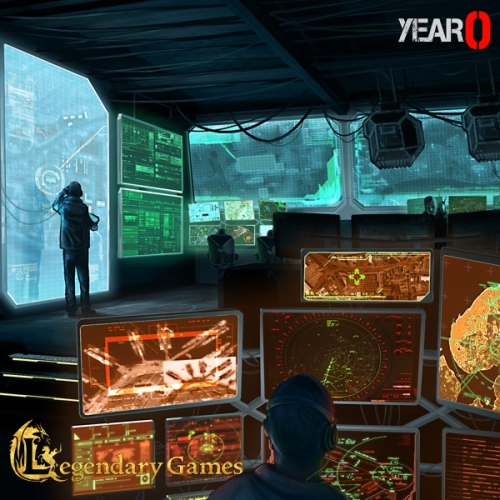 Legendary Games have announced the release of their much-anticipated multi-player tactical combat game today, “Year 0 Tactics” on Amazon’s Fire TV and Fire tablets in the US, UK and Germany. Year 0 Tactics is powered by the Goo Engine, a robust WebGL and HTML5 graphics engine from Goo Technologies, and is the first 3D HTML5 game available on Fire TV.

“HTML5 is seen by many as the language of the future for games and applications but the question has been when will that future come?” said Ewan Lamont, CEO of Legendary Games. “The answer is now. We feel that the launch of Year 0 Tactics marks the birth of HTML5 as a serious platform for creating games good enough to take on native language applications. It has been a real privilege to have worked with Goo Technologies and Amazon on this project and we have at times really felt like the brave pioneers of the future making a small piece of history together.”
“We are thrilled that “Year 0 Tactics,” with multi-player support, is now available on Fire TV and Fire tablets in the US, UK and Germany,” said Steve Rabuchin, Vice President, Amazon Appstore. “By creating an HTML5 game, Legendary Games was able to create a game that is graphically rich and includes multi-player support, something our customers tell us they love having in their living rooms.”
In Year 0 Tactics, players lead a vicious band of marauders in a post-apocalyptic tactical battle game. As play unfolds, you build your base, upgrade your troops, then raid and pillage other players for precious resources. All raids are real time, against real people in a turn-based war game.

The game is set in the same universe as the groundbreaking Year 0 but this time users get to play the marauders that were a constant plague to the bunker dwellers. Fans of tactical, turn-based, combat games and multi-player base building games will love Year 0 Tactics.