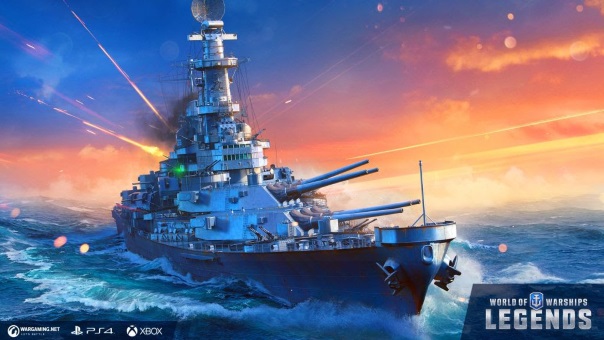 World of Warships: Legends is getting ready for a release on Playstation 4 and Xbox One, to bring the mighty battleships to console finally. From March 22nd-24th, Wargaming offers one final chance to take part in the Closed Beta testing and then will release a set of Founder’s Packs with various exclusive in-game rewards. The latest version of the game has new content and features, like the British nation, 14 more ships, revamped lighting effects, and Russian/French language support. Interested parties can register below, which will reward them with in-game rewards at launch, from Premium Currency, Boosters and customization items.

From here we head to Early Access, with the Founder’s Packs that can be found on the Playstation Store and Microsoft Store. There are three tiers, Premium, Deluxe and Ultimate, each with their content to prepare the early adopters for the ocean battles to come. These also include some powerful warships, and more details will be available soon. Early Access will begin on April 16th, and from there players will have five new maps and gorgeous 4k visuals, with HDR support on the Playstation 4 and Xbox One X.

“We’ve worked tirelessly to bring the naval combat enjoyed by millions of players around the world on mobile and PC to PlayStation®4 and Xbox One,” said Daniil Volkov, Head of Development at Wargaming St. Petersburg. “We have introduced a substantial number of console-exclusive features to World of Warships: Legends, which we hope will add new dimensions to the series, whilst preserving the core gameplay that players know and love.”