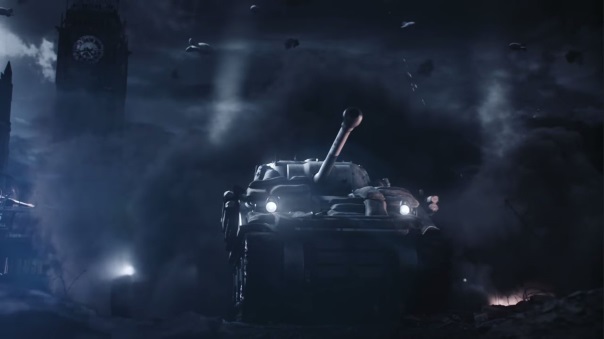 “War Stories” is the upcoming mode coming to World of Tanks on August 22. It’s exclusive to WoT on Console, the new PVE mode offers solo and co-op episodic gameplay, showing historic events, alternate history as well as playing through fantasy campaigns. War Stories are being told through animated comic strips thanks to Andi Ewington [writer] and PJ Holden/Matt Timson [artists]. They worked on titles such as Dark Souls II, Just Cause 3, Terminator, RoboCop, as well as the World of Tanks Dark Horse comic series.

“War Stories is the next evolution for our brand,” said TJ Wagner, Creative Director and Executive Producer at Wargaming’s Chicago-Baltimore studio. “As the first campaign series in the World of Tanks universe, War Stories allows us to bring a new narrative to the game and expand on our multiplayer experience with engaging single-player and online Coop content for our new and longtime tankers.”

War Stories will run on the Xbox 360, Xbox One, Xbox One S and the PlayStation 4 – complete in 4K for Xbox One X and PlayStation 4 Pro users and will unlock new Xbox Achievements and PlayStation Trophies.  Fans of the Xbox versions will have even more to celebrate. They can utilize cross platform capability no matter which Xbox platform they are using – including voice team chat across all three generations of Microsoft hardware.