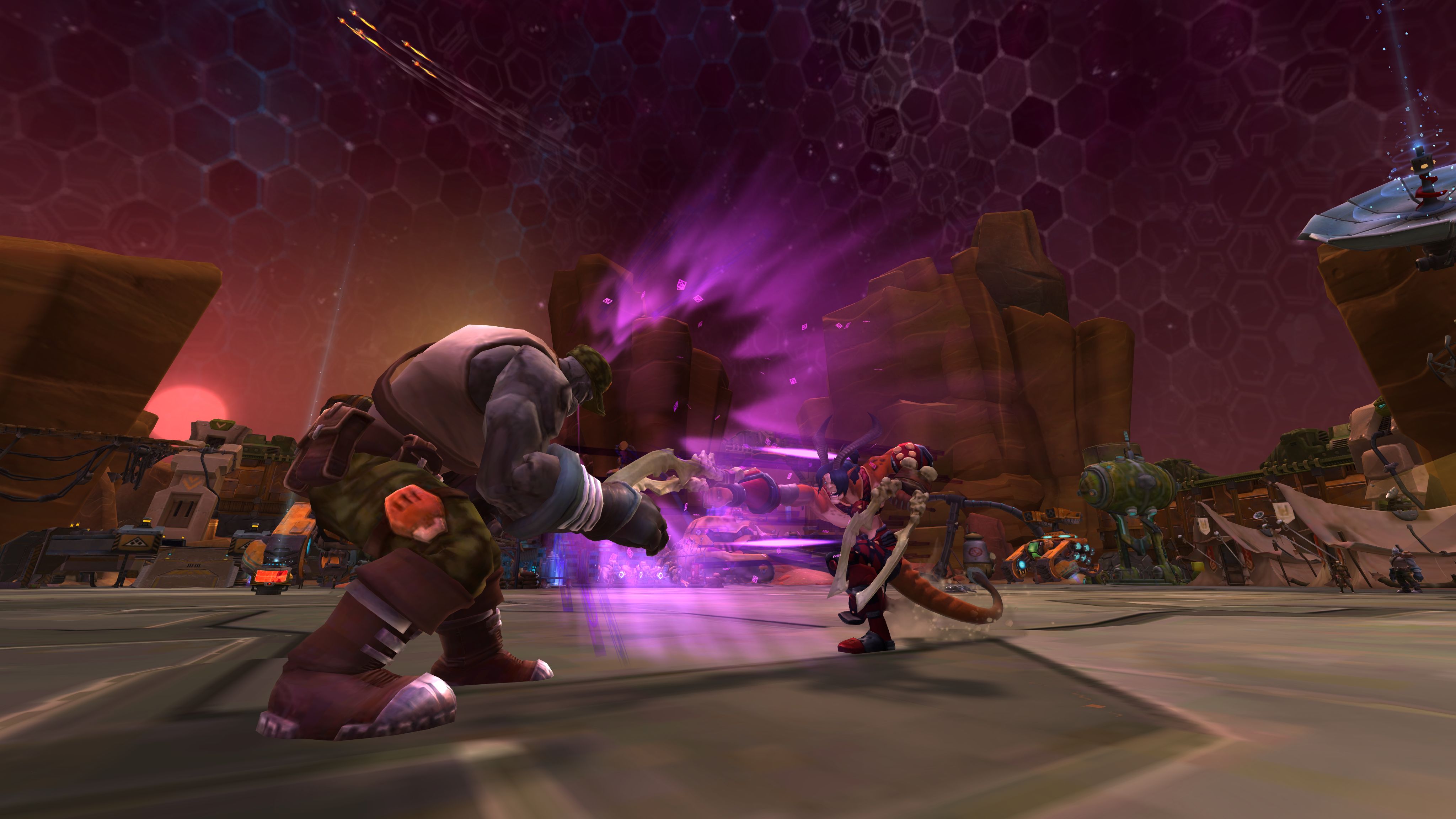 It’s no big secret that Wildstar is going free-to-play, but make no mistake, this is not a simple removal of the monthly fee with a few shiny bonuses for existing players tacked on. They’re doing a great deal of behind-the-scenes work to make sure the game is accessible to everyone that might be interested in setting foot on this disastrous planet Nexus. At Pax Prime this past weekend, I had a guided 20 minute tour of what’s going on in the free to play beta. One of the real changes compared to my early days in the actual pre-launch beta was the massive character creation overhaul.

As mostly a fantasy gamer, I was initially lost as to what the heck I was creating in beta, resulting in an unhappy Ragachak when I jumped into the game to give it a try. After the lengthy, borderline ludicrous process had repeated thrice, I at last found something I could get into. The new character generation process has a series of videos that go along with it to show you what the race and class will do, and how they look doing it. This is something that I feel more MMOs ought to do in game and not just on external websites, to help new players and veterans alike come to a decision on what they want to do before the game even begins. Nothing’s worse than getting through the tutorial and character creation process, unskippable cutscenes and all, only to find that they’re bored/unhappy. Kudos to Wildstar on this! There are lots of quality-of-life improvements all around, and this is just one of them. 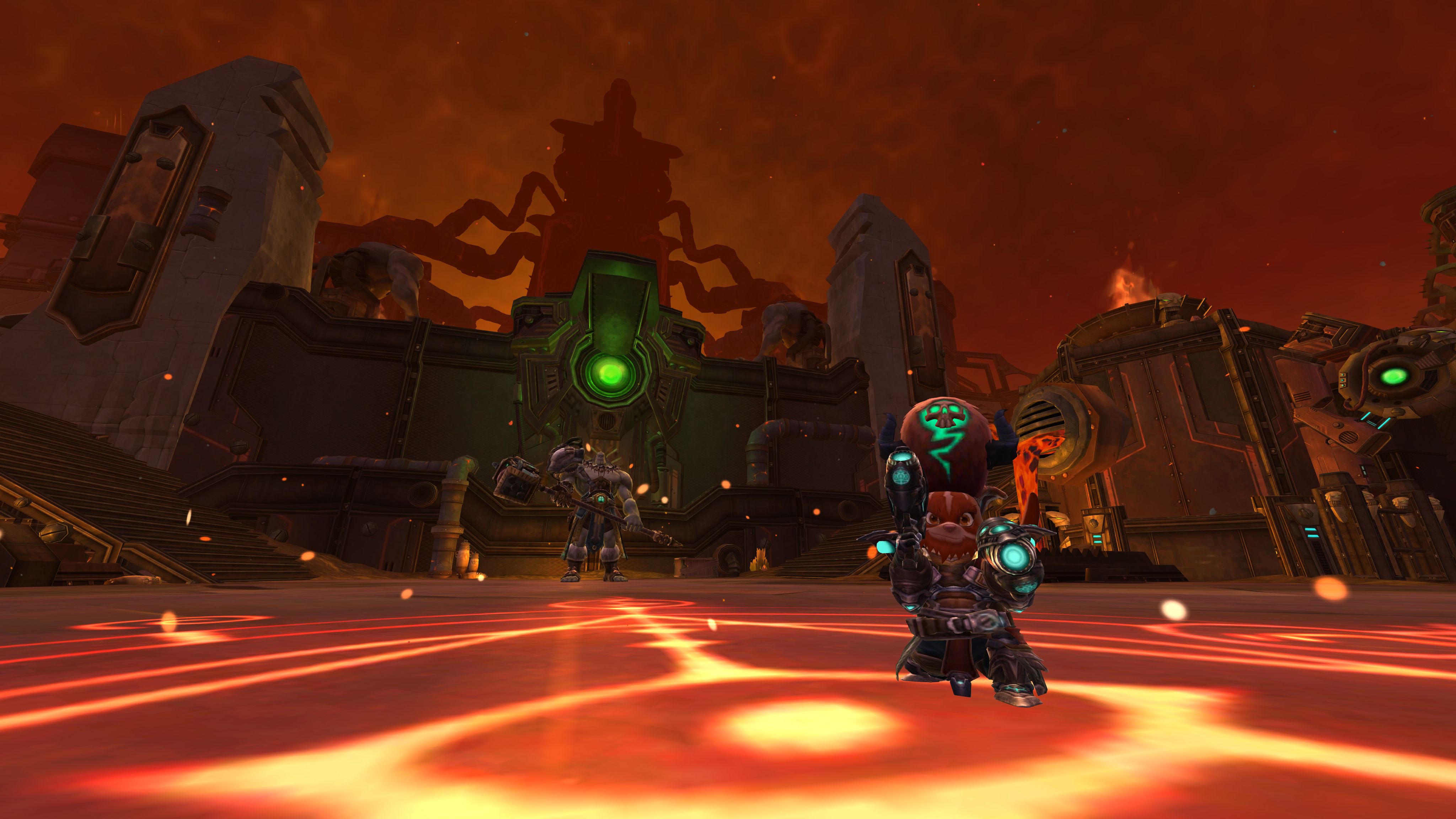 Wildstar’s also getting its very first holiday event! Shade’s Eve (similar to Halloween), which is a really cool way to immerse one’s self in a world. Participating in the holidays make a world feel alive, while giving you swag you can rub in your novice breatheren’s faces in the future. There are tons of cool changes coming to Wildstar beyond fluff and new user experience. One of my personal favorites I heard about in the meeting with NCSoft was the Hoverboard Z Prix Invitational! Wildstar’s already an action game, and this is a definite fun time waiting to be had. High speed, cool, big jumps and competition among players to be the best. If chocobo races can be as popular as they are in FFXIV, then WildStar’s hoverboard races are going to be off the charts. Plus offering “fun” outside of kill x and don’t die to z is one of the biggest challenges in an MMO, that only the best of engines and most creative of game designers can truly pull off. I can’t wait to experience this refreshing “Back to the Future” style race to prove I’m the fastest and most stylish.

Players who purchase NCoin for Wildstar will also get PT NCoin, which I believe will be used in the test for this push forward for the game. Service Tokens are still very much a thing, which you can acquire by doing in-game work, much as you did before to pay for the game. Those who spent money will also receive “Cosmic Rewards,” in the form of Cosmic Points, cause nothing bad ever started with the prefix “Cosmic.” NCSoft is keeping up with who has spent what and will reward you with points to purchase unique and cool stuff in game. Redeeming CREDD until this transition will also give Cosmic Points. It will be used to give Signature Time, which gives Signature Membership. You will still be able to purchase a signature membership with its own benefits; nothing game-breaking but certainly beneficial to people who are active members of the community and want to keep supporting the game they love: 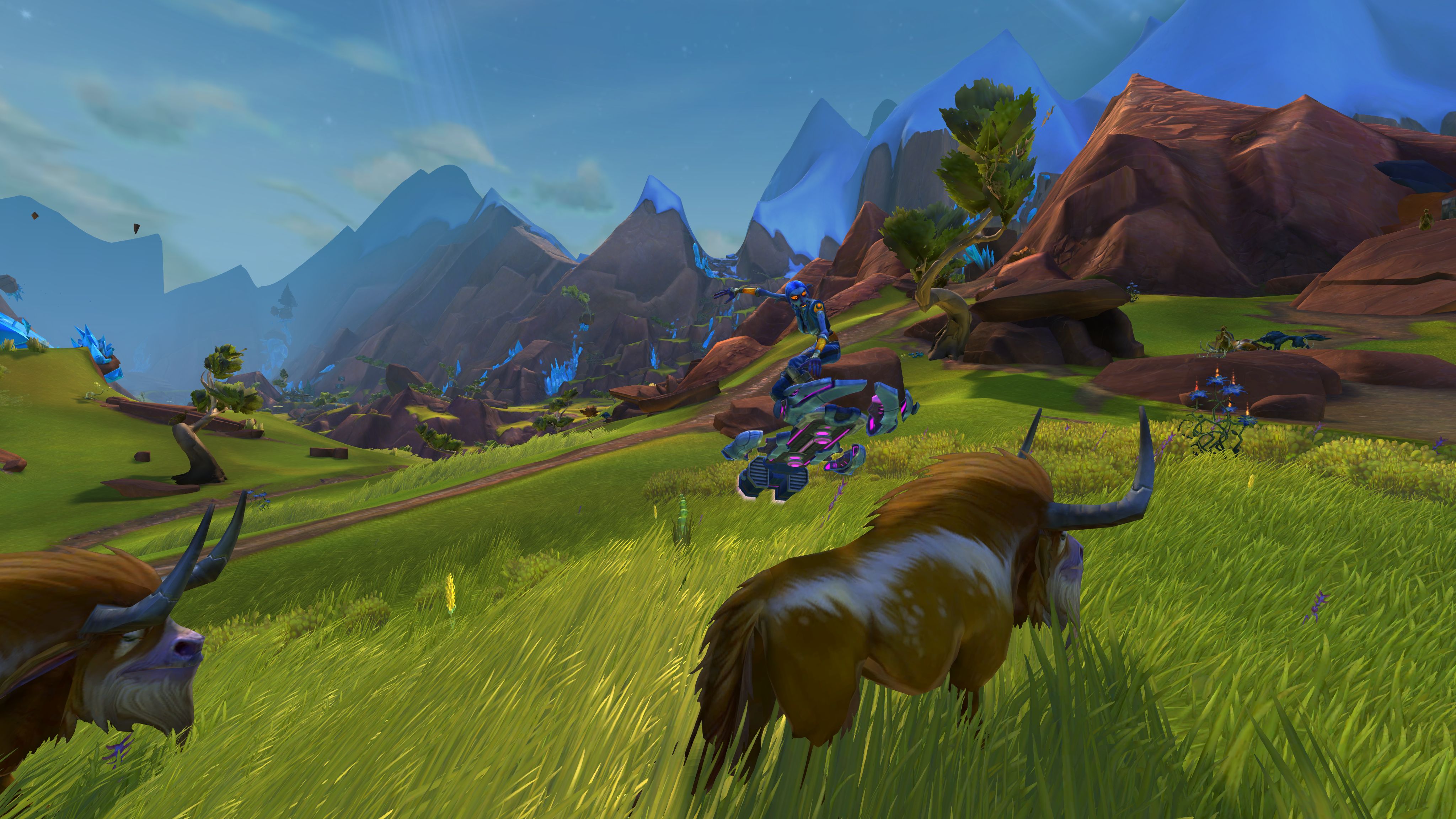 In before hoverboard racing is proven to be more dangerous than raiding.

NCSoft brought the thunder here for Wildstar as well as Blade and Soul (though we can’t talk about that just yet)! All told, this could be the model that Wildstar needed from the start; it’s harder and harder these days to run a pay-per-play model like WoW as even the MMO juggernaut has resorted to using similar tokens. The new intro video was fantastic as well (made by the same artist that did Jinx’s video for League of Legends), and got me crazy hyped for Wildstar all over again! 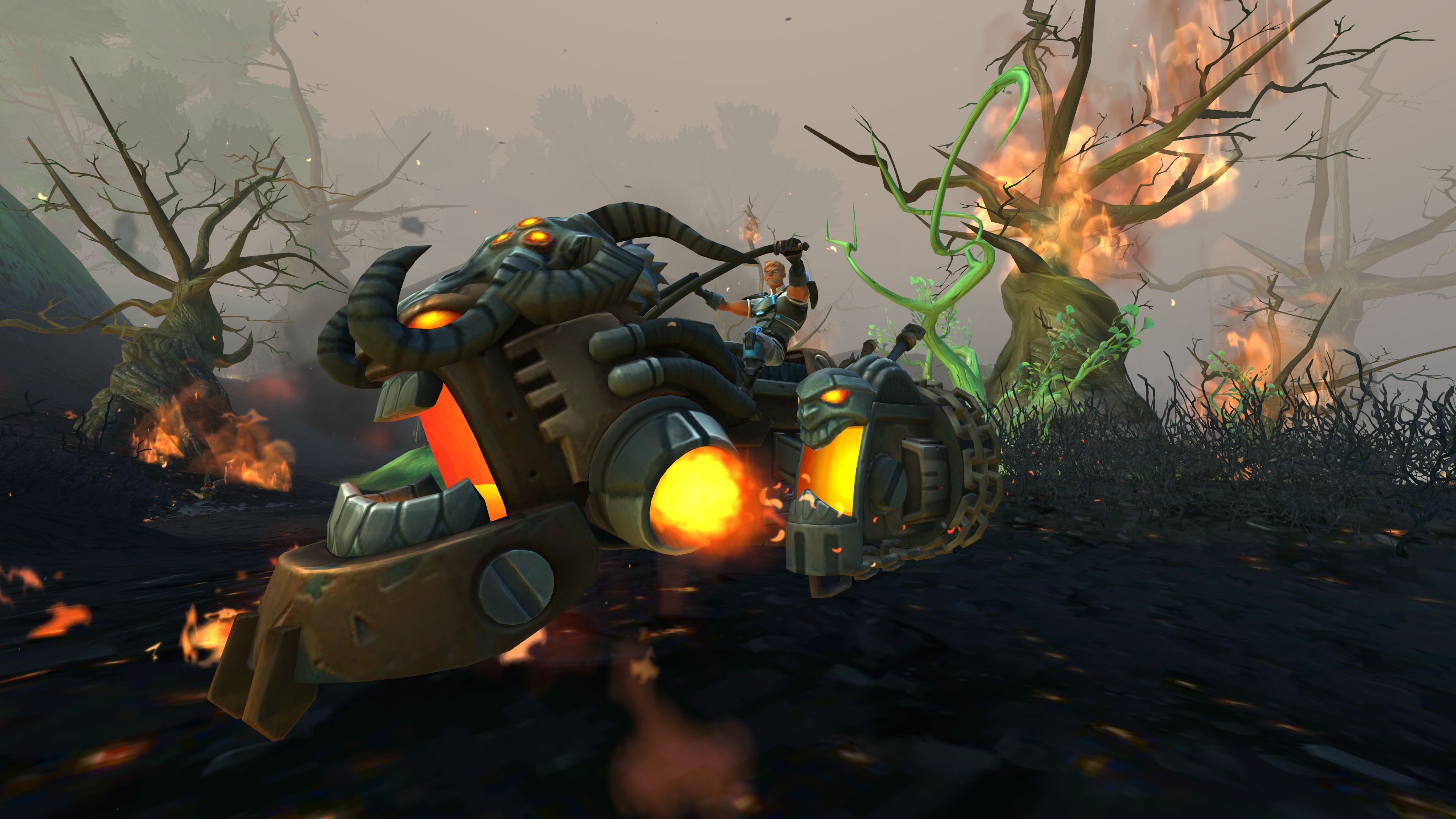 Come for the mounts, stay to rub them in the faces of your comrades.

Excited as well? Well you won’t have to wait long. NCSoft revealed in our secret meeting that the free to play transition is set to launch on September 29th! Plus those inside the beta can get to see all the new functionality I described above as part of the final fine tuning process before the transition to WildStar: Reloaded.