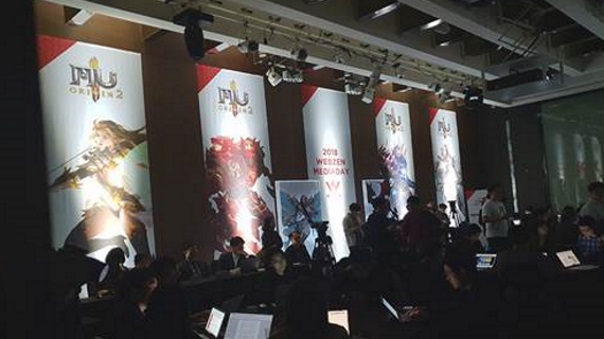 Webzen announced several titles coming to their games lineup at a Media Day today in Seoul, South Korea. The biggest is possibly a direct sequel to MU Origin, “MU Origin 2” which was introduced to the public for the first time. With enhanced graphics and an improved game system, a large expansion of content compared to the original MU Origin was shown off. Shot Online Golf: World Championship will be a spin-off to the PC gold MMO Shot Online, as well as a mobile pool game, in Pool Time. A strategy game is on the way, “First Hero”, where players build fortresses and battle for territory. Players will collect heroes as well as enhance their powers, and will be available in 7 languages at launch. A social network game is also on the way, “Qube Town”. It plans to introduce RPG elements to distinguish itself from other Social Network games. Webzen also plans to expand their platform in 2018 and develop a HTML 5 MMORPG.

Tony Kim, CEO of WEBZEN, announced, “We have been starting to expand our game genres and servicing games in multi-languages to enlarge the global market share.” He also added, “By servicing diverse genre games such as Sports, Strategy, SNG, etc. in different platforms, WEBZEN will continue to target global game users.”