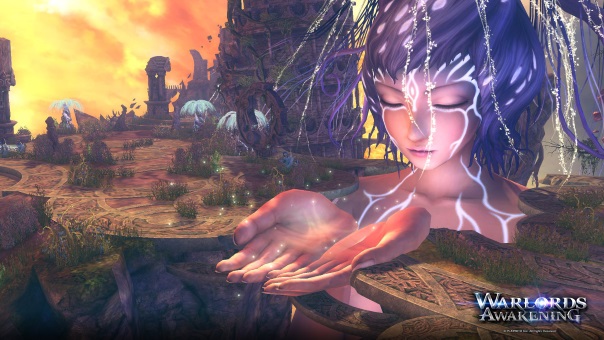 Within a few short hours of going live on Steam, Warlords Awakening was one of the best sellers on the platform. Due to this sudden success, PLAYWITH Interactive released ten reasons why you should start playing the game immediately:

10: PvP Arenas: Here you can face players worldwide in 1v1, 2v2, 3v3 and 4v4 Arenas to show your might and prove you deserve to be the strongest.

9: Strengthened Combat System: You will access random buffs during combat to improve your ability to defeat your foes and progress in battles. In addition, the 3 existing battle stances have
been modified and are now more fluid.

8: Greater Adventure: The number of monsters available in each area has increased, so you can attack more monsters at once!  You will even fight with more monsters than in any
other MMORPG.

7: Guild System: If you belong to a small or medium guild of the game, you will also have usually have a tougher time competing. However, in Warlords Awakening, they have
implemented a distribution of selected dungeons among the guilds.

6: PVE Dungeons: Once you reach the level cap, your player will start gaining Transcendence XP, which will increase your attack, defense, and survival ability. Also,
here you can discover 6 types of dungeons, of which some were redesigned with greater obstacles.

5: Audience Communication: The Ambassadors Program, made up of Youtubers and streamers, will be in charge of informing you about all the details through videos that will
be published in a section on the game’s website.

4: Buy To Play: The Buy-to-Play model of the game will help prevent spam bots and gold and will encourage an environment that is not Pay-to-Win.

2: Revamped Pet System: You can find over 100 pets with skills such as autoloot, remote access to your storage and teleportation, as well as access to 50
personalized costumes. Pets can also act as mounts and be useful traveling companions.

1: In the Hands of Experts: Its new developers have focused on delivering the best version of all, in addition to offering the best communication to its users through all channels such
as Steam, Facebook, and Discord.