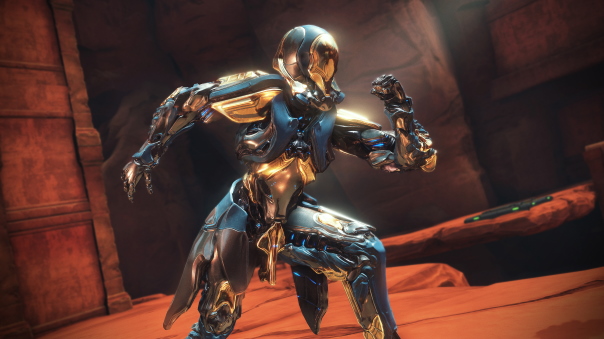 Digital Extremes has announced that its awaited Warframe update, Saint of Altra, will arrive this week on PC.

“Saint of Altra” introduces the 41st Warframe, Gauss. Gauss’ kit is based on kinetic movement and speed:

PASSIVE: Never stop moving. Keeping Gauss in motion generates an electrical current that charges his Speed Gauge, helping Shields recharge up to 80% faster, and decreasing recharge delay up to 80%.

MACH RUSH: Burst into a hyper-sprint to bowl over enemies and charge the battery, or crash into solid objects to generate a powerful shockwave. Hold to rush continuously.

KINETIC PLATING: Generate armor plating that converts a portion of absorbed Kinetic Damage into Energy, and protects Gauss from being staggered or knocked down. Damage Resistance is relative to battery level.

REDLINE: Push Gauss’ battery beyond the redline, supercharging his Abilities and setting Fire Rate, Attack Speed, Reload Speed, and Holster Rate into overdrive. When past the redline, bolts of arcing electricity dance periodically from Gauss, exploding en masse when the ability is deactivated.

Finally the update adds a host of new cosmetic features to collect, including the Harrow Deluxe Collection, Shawzin Hero Emote, and Infested Dojo Decoration Set. Players will also be able to use Look Link and Mod Link to share their designs and loadouts with other players in chat. More details are at the link below.