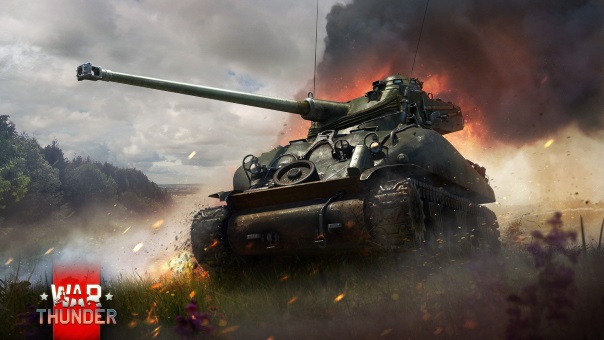 Today, the next major content update is coming to War Thunder, which will bring the French Ground Forces. 1.73 added the French Air Force, in the “Vive la France” update, and now the ground forces will join the battle, from Rank I to Rank VI. New technology peculiar to French tanks, such as oscillating turrets and drum-fed autoloaders, will open new tactical opportunities to players. On the early ranks, French tanks are generally well-armored, which will provide good protection for the small crew of only up to three men. Most outstanding here are the heavy tanks, the Char B1bis and Char B1ter, which are not only exceptionally well protected, but also offer a large crew and powerful armament. Their low speed and maneuverability, however, leaves them vulnerable whenever rapid movement is required, e.g. to position correctly against the most powerful cannons or evade airborne attacks. To avoid rockets and bombs, players of the early French heavy tanks will have to pay close attention not only to the battlefield itself, ut also to the situation above it. The first two tanks in War Thunder that combine these new technologies are the AMX-13 SS.11 and the M4A1 FL10, with the latter being a modification of the Sherman Tank (American). Further information about these can be found in the link below.