The War of Genesis Gains a New 5-Star Hero 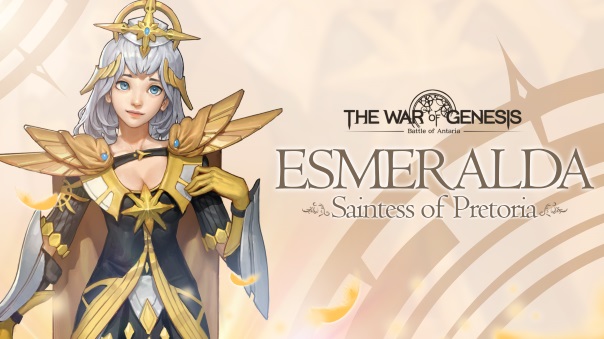 Joycity released a new update for The War of Genesis, and in it comes a brand-new 5-star hero: Esmeralda. Esmeralda is a doctor in the Geisir Empire, and she ran a free clinic in Pretoria to aid the sick with medicine and magic. She also passed on her knowledge to pupils who perform the art of healing around the land.  Along with the newest hero, a new rarity option has been added for 6-star and up heroes. This new option is ‘Limit Break’, and players can increase the rarity of their heroes, boosting their health/attack/defense stats in the process. A successful rarity upgrade also adds a unique hero title and border.

To provide more ways to obtain special gear for heroes, Arena Points have been added to Arena. These points can be used at the Honor Shop and are obtained from winning Arena battles. Arena Points expire daily and can be used to obtain rare goods such as +10 gear. Players shouldn’t confuse this with Honor Points that will continue to be rewarded every season. A new Adventure feature arrives in The War of Genesis as well, where first kills of Monsters, Machina and Ruins Dungeons are completed in one area. Progress can be tracked, and rewards can also be gained for these first kills conveniently on the airship. This update also adds a new Ruins Conquest substory, and custom Admiral portraits, where players can add/capture a new image to personalize their profile.