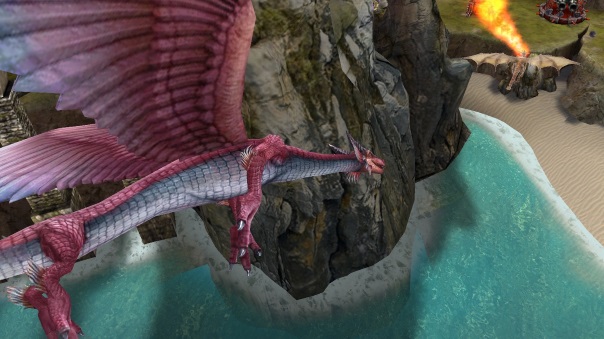 War Dragons by Pocket Gems officially launches the first major expansion to their RTS title, named Atlas. It opens up the world of War Dragons, giving players a more sandbox 3D realm to explore and conquer. The world constantly shifts and changes, based on player decisions and the territory they own which encourages players to construct strategic defenses, breed powerful dragons and form alliances. Obliterate enemy teams through any means necessary! The expansion was co-developed with the War Dragons’ player community, starting back in April 2016. They invited a select group of players to help provide feedback and create the expansion that we see today. Features were added like the treasure system, a combat overhaul, movement and teamplay adjustments based on this feedback.

“War Dragons is nothing without our community. Players have built incredible teams and Atlas enables them to leverage these bonds to conquer territory and mold it however they see fit. Atlas is all about empowering players with the freedom to direct their War Dragons universe via novel ways to interact and play with each other,” said David Underhill, the leader of the Atlas team. “For example, in Atlas there are many ways to overcome your foe. You can attack them head on, try to circumvent their territory, bribe them with treasure, form alliances against them, or use subterfuge to lure them into a trap. These are all things we’ve already seen players do in the Atlas Beta and we can’t wait to see what happens when it really takes off.”