E3 2017 Thursday Recap Part One: Path of Exile and Dauntless 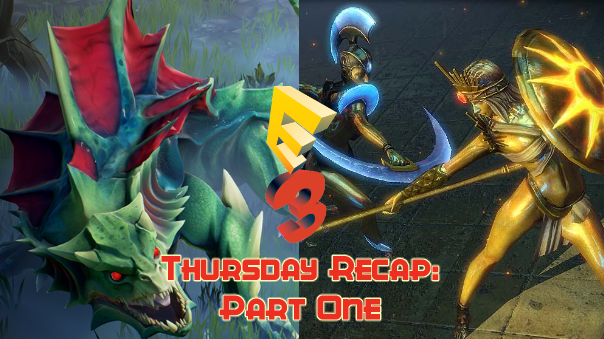 After downing a very questionable 5 Hour Energy supplement, I’m here to continue the reporting on the most impressive online multiplayer titles I got my hands on at E3. In fact this last batch of games are so happily fighting for “best in show” I’ve got to separate them into two articles before a fight breaks out. To say that my thoughts going into E3 this year were much different than when I left is an understatement, and I’m glad it turned out this well. Enough of the comments though, and let’s get straight to today’s couple: Path of Exile and Dauntless.

Path of Exile: A Glimpse at Act 8

We’ve been going hard on Path of Exile the last few weeks. With both Proxzor and Colton in beta, and the developers themselves confirming that our guys spent the most time on the beta server than any of the other press given access, you might say we have some serious megafans on staff. But just when I assumed that my crew had to have seen it all, Grinding Gear pulled the rug out from beneath me, busting out both their 4K visual overhaul preview alongside a first look at Acts 7 and 8.

But first, the catch-up for the slow ones. If you haven’t given Path of Exile the time of day lately, you are probably unaware that the game now has a 10 act system coming into place. Seriously. No longer 4 followed by repeated grinding of the same procedurally generated maps with slightly higher difficulty. Now you will be getting to experience a full blown 10 act story! They claimed that the previous grind was killing off quite a bit of player retention, and initial findings show that this new 10 act mega update is just what the doctor ordered to ensure that sweet sweet long term gamer addiction. 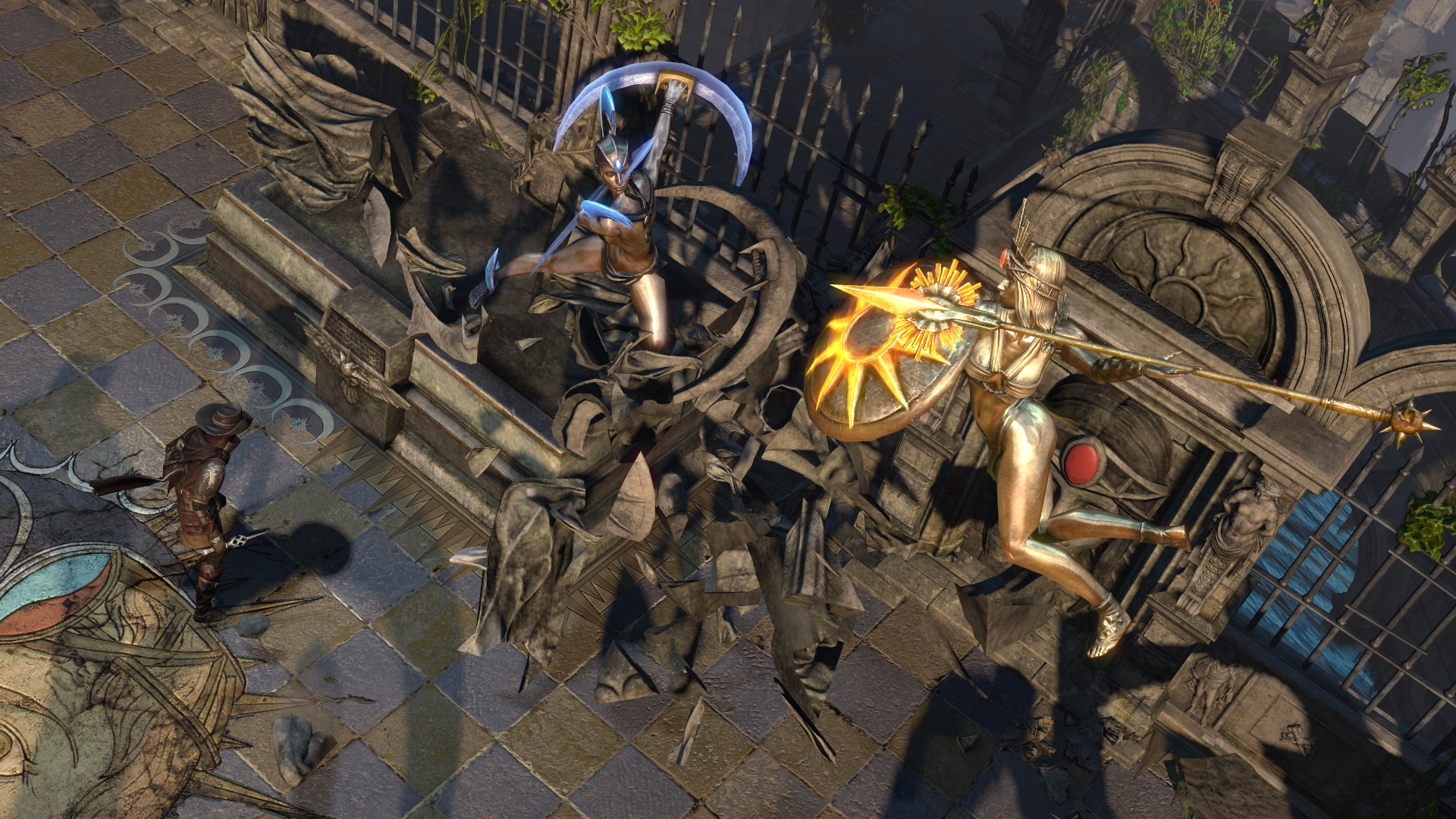 So what’s going on with the story in these new acts? Well those culty slaves you helped earlier, thinking they couldn’t possibly be worse than that Nazi-ish empire from the start? Yea… they kind of summoned their god, Kitava, as an avatar in his own statue. You might think you’re tough enough but the end of Act V will assure you that you are not. To fight a god like Kitava, you have to be a god like Kitava. So begins your journey to revisit the lands of the first few acts, now progressed into the future and firmly in the stranglehold of the gods that have risen across the land. Which I mean… is kind of ideal. Why not go god hunting to attain their power so you can come back to rematch Kitava next time with pride?!

With 4K visuals, overhauled areas, and Grinding Gear’s new number wizard unleashing unbelievable fractal lighting on water scenes, the return to Wraeclast will be a spectacular looking journey fitting for 2017. Grinding Gear confirmed that it’s also ready to go for Xbox One X, so if you’d prefer your return to be on console, they are working overtime to make sure that no one will tut tut you with their PC Master Race commentary.

There was no better way to showcase just how insanely beautiful the game is becoming though than the preview of the final showdown of the yet unseen Act 8, Solaris and Lunaris. As you traverse their temple, you will witness a grand battle between blue and red sentient ribbons showcasing the war between the sun and moon goddesses. This is the first time in Path of Exile that they’ve taught the AI to battle each other independently of the player. But with new light and shadowing technology, Grinding Gear has outdone themselves by transitioning the temple from the middle of night to the bright of day as you draw closer to the epic final battle. It’s some real eye candy to behold, but pales in comparison to the actual goddesses themselves! 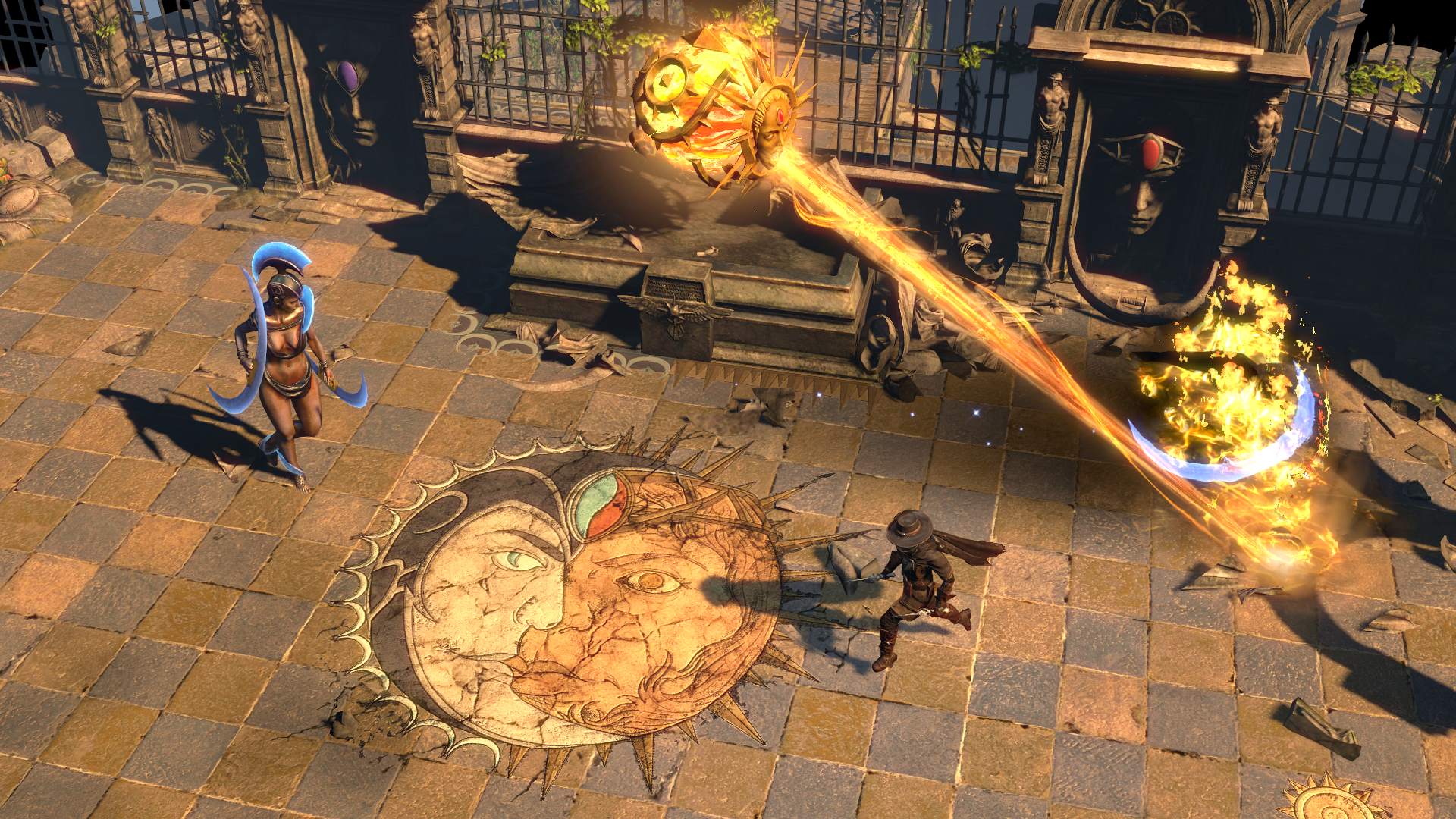 This boss battle is beyond epic.

In the same fashion as their ribbons, Lunaris and Solaris will burst from their statues and engage in immortal combat for dominance. This is where it gets really interesting. You’re free to interfere, and whichever side you deal the bulk of your damage to, they will retreat back into the power orb to rain their unholy magic upon the battlefield as you duke it out with the stronger goddess. As the battle progresses, the sun and moon goddess will tag team out with each other, constantly changing up the tactics you’ll need to survive. The day night cycle will also rotate as this happens. It’s a true work of art to behold.

If you have the skills to actually push to the end of this final Act 8 boss battle (Chris actually died during the demo so I didn’t get to see it), the goddesses will put aside their differences to unite against you in a terrifying all out battle. Pray for safe corners and lucky dodges from their spike damage, because the punishment these two can deal out is no joke!

The Fall of Oriath draws ever closer, and we can only imagine what unbelievable surprises Grinding Gear has in store for Path of Exile’s ninth and tenth acts. Stay tuned as coverage will continue leading up to the final reveal!

Dauntless is a game that adheres closely to the mantra that less is more. While an action MMORPG in the tradition of big ass monster hunting games before it like TERA, you won’t find complex three bar skill hotkey lines here. Combat comes down to sprinting, dodge rolling, well timed item usage, friendly revives, and a variety of left and right mouse click combinations that, depending on your weapon, allows for a few connected attacks to really bring the pain when a target’s defenses are down.

With the fluid system of changing your playstyle as easily as changing your weapon, Dauntless has to do something far more challenging than simple flashy spells and pretty armor crafting to set itself apart from the competition. How does it set itself apart? Well, beyond the gorgeous Pixar-esque cel shading visuals, it’s the monster AI that really sold this game for me. The two more challenging hunts that we were allowed to record offered battles in which the bosses gave me that same feeling of intimidation and uncertainty as one would feel when facing off with a highly skilled opponent in a PvP game. With a serious of tells and personality extruding animations to bring home the point, and brutally punishing attacks to drive the fact home, I found approaching a boss to be a… daunting experience. 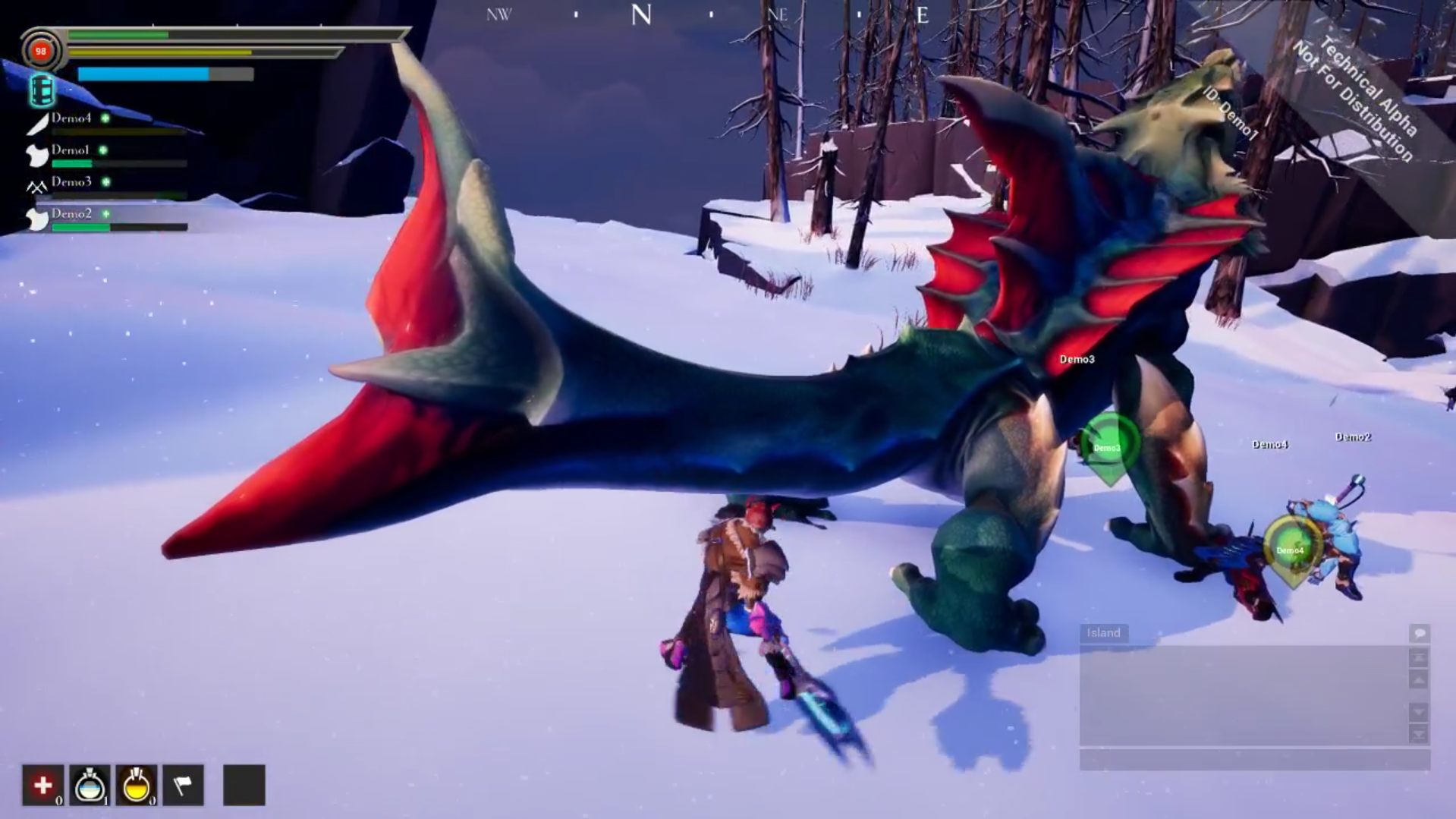 My allies, two other members of the gaming press and one developer… were seemingly immune to this fear. They also were repeatedly smashed into the ground for their aggressive playstyle, which in one hunt turned out to be a bad thing as each time you revive an ally, your ally will rise with less and less HP. Eventually if you have to revive too many times, your squad will be forced to retreat, ending the hunt unsuccessfully. This means everyone on a hunt HAS to be on their game and play for the long haul of dealing damage while getting out unscathed. A Herculean task, I assure you.

Despite the size of the monsters, you have to realize that they move fast. They have unpredictable attack patterns. They have buffs, power-ups, and even a fatigue system. You can cut off key appendages with enough focus fire to ease the challenge of a fight. They will flee from you when a situation is dire. They will taunt and show their bravado to make you second guess yourself on attacks. Meanwhile your character is slow. Only melee weapons are available, meaning all four of your team have to find an opening in close proximity to a foe to start racking up the damage. Many attacks have a decent wide-up and post-attack animation that means if you choose to attack, you are leaving yourself vulnerable to counter attack. There’s no auto attack cancels and instant animation roll breaks to bail out of a bad situation. All this to consider, plus the fact that it seems there are partial ‘winged’ attacks where a direct hit will wreck you, while a partial dodge will still damage you, but only with a minor scratch. It makes you really respect and celebrate pulling off a well-timed dodge to avoid certain death, and thankfully I captured some great moments of what this looks like in the footage we were allowed to capture.

The moment you work so hard for.

Another element of that intimidation I mentioned comes from the fact that your target has no HP bar. You can sort of get a sense of the stage of battle they’re in from the visual indicators, or knocking off a body part, but you can’t just all charge in when a boss is at 10% health for the kill because you just won’t know when the boss is that low. With enough experience veteran hunters will probably be able to gauge it roughly, but for newbies like us we were fighting blind in what often seemed like a hopeless and endless struggle.

The battles are long too. If you want epic fights, you’ll get them. Even in the few runs when we were allowed to use over leveled gear, it still took us a solid 7-10 minutes to bring our target down. Add in another 4 or 5 minutes of tracking the beast across the gorgeous flying islands with various climates and wild life, and you have a truly engaging experience. There is still much work to be done, and sadly the post-battle UI was in an unfinished state so we couldn’t really see who excelled where for bragging rights, but for now the base gameplay for Dauntless is in a very solid state. I can’t say this is a game for everyone, but for those looking for that real Dark Souls visceral combat with a bit more of a cartoony vibe and the fun of an online community, Dauntless seems to have a big of a monopoly on it heading into the near future.

Oh, and you can check out that glorious gameplay from E3 right here.

Excited yet? Well hang in there – because Part Two will cover two equally impressive contenders in the E3 2017 showcase.