War of Conquest Launches on Steam’s Early Access Next Week 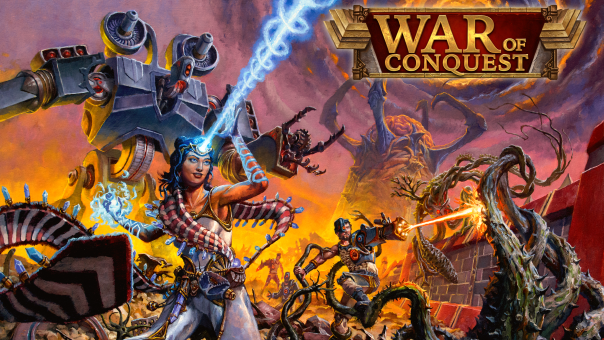 War of Conquest‘s Kickstarter last fall was a success and has since been in the beta testing phase. The time has come for them to seek further feedback and as of September 20th, it launches into Early Access. The Kickstarter campaign for War of Conquest wrapped up in October 2017 and exceeded its goal by raising $8,698. War of Conquest is a reimagining of an earlier game by IronZog that went by the same name. The original War of Conquest ran from 2002 through 2011, had over 200,000 players and developed a cult following that continues to be a presence on social media years after the game went offline. Many fans of the original came back to support the Kickstarter and have been taking part in beta testing over the past year. War of Conquest will also go live on Linux and Android at the link below. After Early Access, it will be released on PC (Steam), Android through Google Play, and on iOS at the Apple App Store. Interested parties can take a look at their Steam page here.

“The game is feature-complete, but there’s no doubt the Steam players will have some great new ideas to contribute and will expose rough spots that still need to be ironed out,” explains Michael Ferrier, lead developer at IronZog. “Early Access will be a terrific opportunity to get feedback from a wider range of gamers, to work toward perfecting the game balance and to work out the final bugs.”
More Info
#warofconquest #mmo #kickstarter #earlyaccess