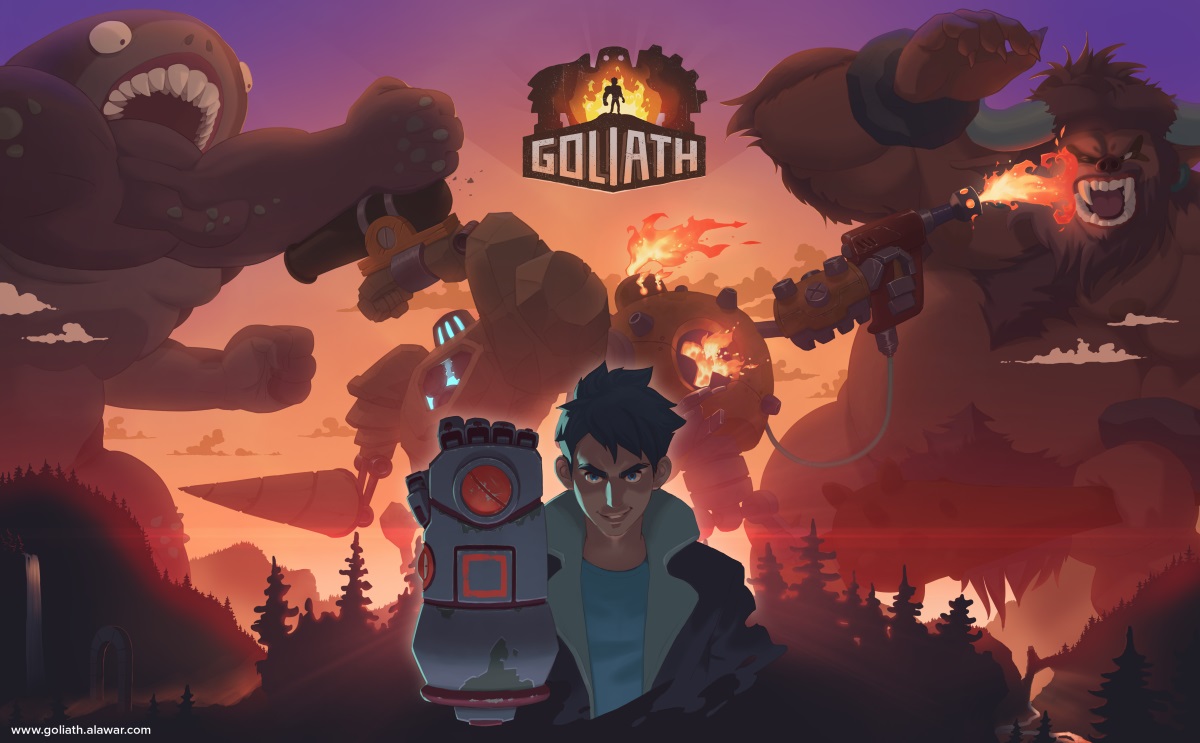 Publisher Viva Media and independent videogame developer Whalebox Studio today revealed their new videogame Goliath. Built by a small team with big ideas and big talent, Goliath is slated for release on Steam (PC), Mac, and Linux in winter 2016 and explores the concept of survival in a world of giants, dropping players into a world at war where massive monsters roam. Fortunately, players can build giants of their own! Survive and search the world to discover the materials needed to craft tools and weapons, including Goliaths – giant robotic suits that will help even the odds against the enormous creatures that rule the land!

Goliath will be shown to the masses for the first time at this year’s Electronic Entertainment Expo (E3) in Los Angeles June 16th – June 18th at booth #8005 in the Concourse Hall.

In Goliath, players find themselves in a mysterious land consisting of the jumbled fragments of a hundred dead civilizations. Several powerful factions battle for control of this strange and broken world, but even the mightiest amongst them tremble in fear of the monstrous giants that roam the land. To survive among these giant creatures, players must scavenge for resources and materials needed to create Goliaths to either use for battle or barter for their very lives. Starting with simple wooden versions, players will learn to create dozens of Goliaths from a variety of materials: wood, stone, metal and other more unique materials found throughout the world. The Goliaths can be customized and outfitted with weapons to create loadouts for various situations and players’ battle preferences. But giant robots won’t solve every problem. Players will also need to craft items and tools for basic survival, build shelters and fortresses, and choose which factions to support in the war that’s sweeping across the land.