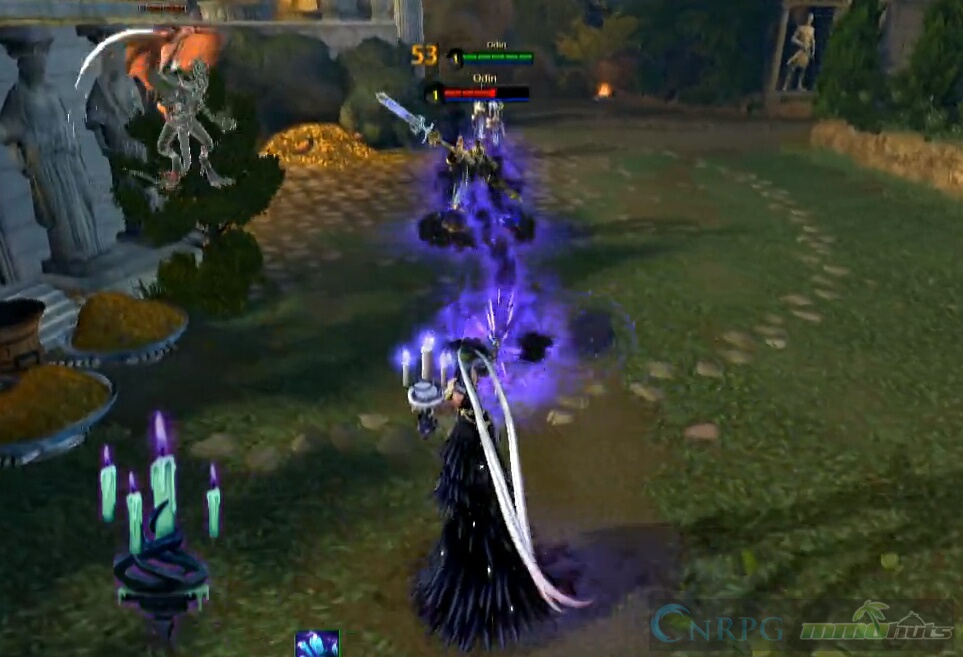 Witchblade movement speed removed. Nerfed too far. Now getting a buff to attack speed to match other itemization. Modest changes overall, but touchy stats to push too far.

Ichaival adjusted due to hunters bringing too much power at the mid game. Attack speed reduced from 30 to 20%. Now more matches the cost.

Executioner given a modest price increase to make it harder to bring online. Attack speed plus penetration turned out to be quite powerful for hunters.

Shield of Regrowth given more physical protection to be more attractive to itemize against physical damage.

Celestial Legion Helm getting price reduction to encourage fighting against high crit builds for mages. Can proc every 6 seconds instead of 15.

Ah Muzen Cab – Gains a fresh on his Bees passive by allowing auto attacks to refresh the Bees!

Hou Yi – Divebomb changed to let you choose direction in mid-air. Can stay still for a while or immediately jump to escape from chases. Jump walls!

Nox (REWORK) – Players were not happy with her. Not having fun. Largest rework in SMITE history. She was more of a purple elemental than a goddess of darkness. No longer defensive goddess. Far more offensive.

Now she can gain movement speed from her opponent lock channel, which removes her strafe penalty. Ideal for trapping enemies in her two, a delayed explosion that can be a devastating 1-2 punch. Also she can now jump with an unblockable leap that damages enemies, but can be used to join with an ally to follow them as a shadow. Her ultimate, while being a long range Dragon Ball Z blast, also offers the unique side effect of reducing player damage in an AOE for the duration of the follow-up DOT.

Catch the full patch notes at the official site, and catch a quick look at shots from the livestream below.