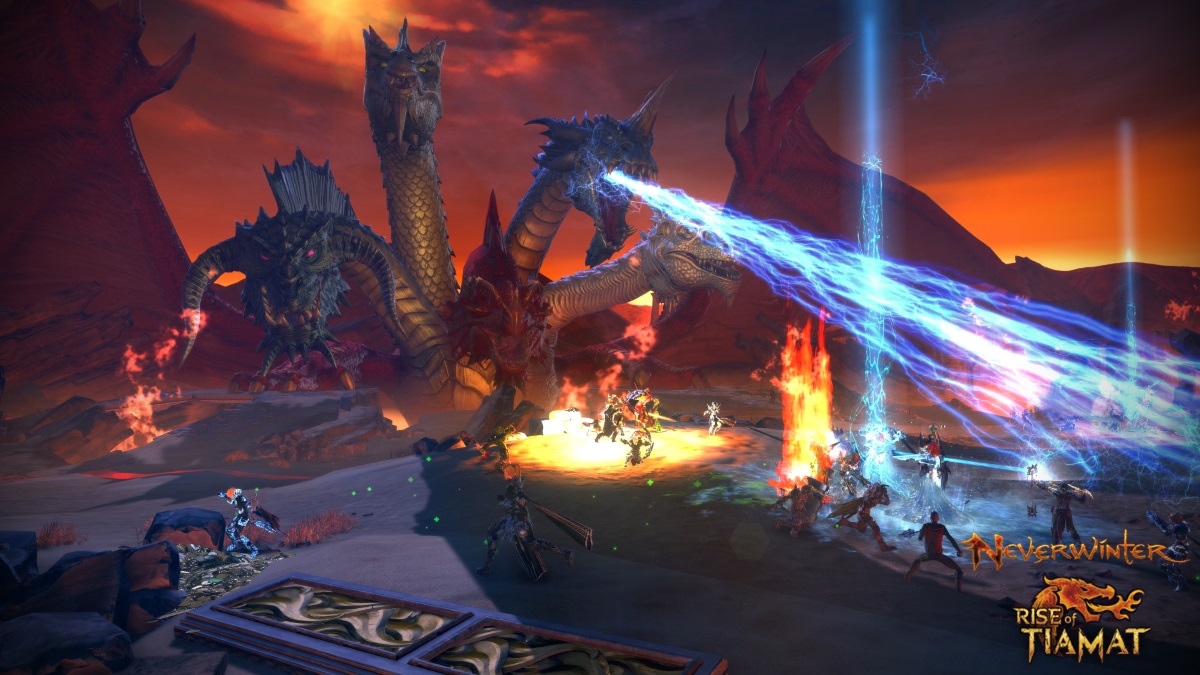 Today, Perfect World Entertainment Inc., a leading publisher of widely-acclaimed free-to-play MMORPGs, and Cryptic Studios announced Neverwinter: Rise of Tiamat is now available on Xbox One. Players may now explore the all-new Well of Dragons adventure zone while battling the harbingers of Tiamat, queen of the dragons, in the first of five free expansions to the top free-to-play game on Xbox One in 2015 at no additional cost.

Releasing alongside this new content are a slate of updates to improve player experience across the board. These include an onscreen mini-map, performance upgrades, adjustments to queuing and more. Neverwinter: Rise of Tiamat follows the events of Neverwinter: Tyranny of Dragons campaign and the recent Siege of Neverwinter event. Along with new quests and heroic encounters on the path to completing the final chapters of the Tyranny of Dragons campaign, players can anticipate the upcoming 25-player battle with five-headed draconic goddess Tiamat.

“With Neverwinter being one of the first MMORPGs to come to the Xbox One, we wanted to ensure that our game lives up to the idea of a living world,” said Rob Overmeyer, executive producer of Neverwinter. “Rise of Tiamat is just the beginning of our continued support for our game on consoles as we look to deliver more dungeons, dragons and game optimizations that our players want.”