New from GTArcade, they have released a new event for their browser-based MMORPG:

Knight’s Fable and League of Angels , one of the free to play RPG games, released a new pair of wings in-game last week. They are called the wings of love. With a bright red color and the shape of a heart, the wings symbolize show the real affection we feel towards our player. The wings of love actually do have a special meaning. The slogan for it is: “Give a child wings of hope! Collect your wings of love!” 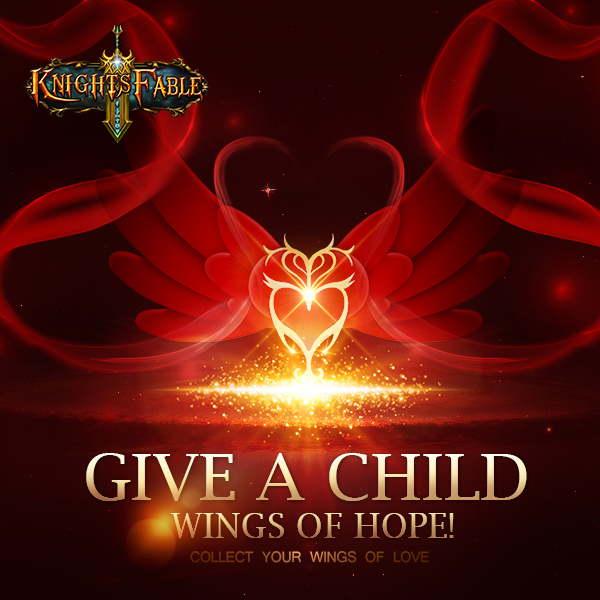 As one of the top online RPG games, we interviewed the product manager of Knight’s Fable, Frances sun, and she told us the true story, “While interacting with our players as usual, we learned that two of our players had the misfortune of being stricken with leukemia. Impressed by how brave they were in their fight against cancer, we contacted them and asked if they would be interested in a donation plan. Generously, they both refused and insisted that any donation be given to people who need it more. Because of this incredible act of kindness on their behalf, we have decided to honor them as charity ambassadors for this event. We designed the wings of love specifically for this event, and cooperated with Child’s Play Charity to raise funds for this noble cause, all because we feel like the players are part of our family. ” 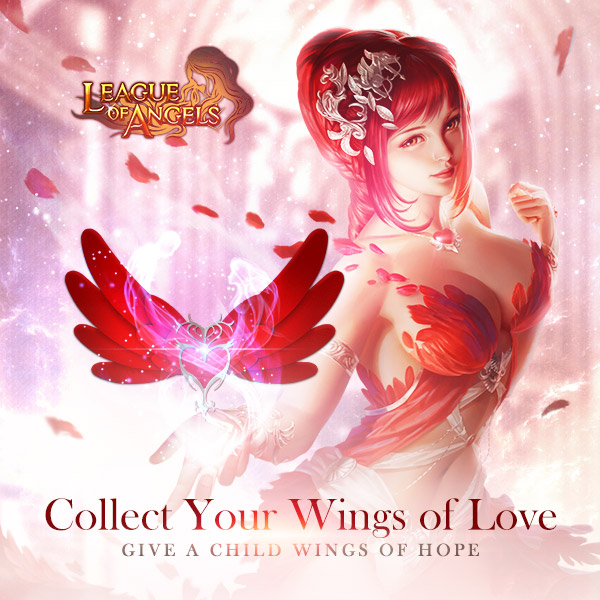 Also: The charity we have selected for this drive is the Child’s Play charity, dedicated to bringing video games to sick children in hospitals. During this 7-day drive starting Nov. 12th, every person who recharges their account will receive a pair of Wings of Love, and 10 cents will be donated to Child’s Play. So far, League of Angels has given out 9,000 Wings of Love, and our goal is to give 10,000 of them out before the event ends on November 18th. We hope that you can also join us in this event before it is over!

Since the Wings of Love were released last week, we have received wonderful feedback as thousands of players have joined in on this event! If you want to learn more details about this Knight’s Fable charity event, please visit http://www.gtarcade.com/charity