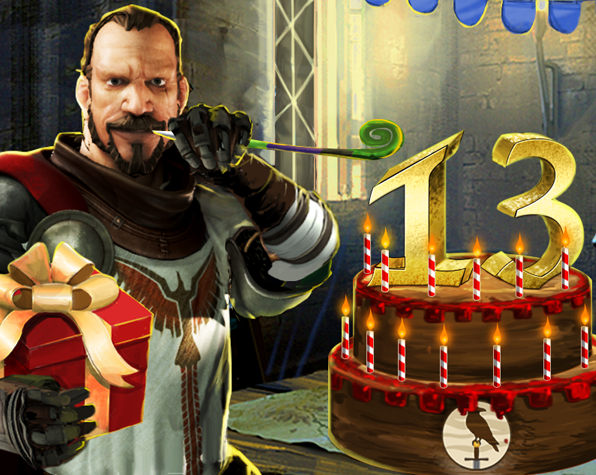 InnoGames’ founding title, Tribal Wars, just began its 13th birthday celebration with 13 days of special events. Players can take part in a new activity each day during the celebration, including quizzes, fairs and a Paladin Contest. From July 5 on, Tribal Wars opens a special classic server, allowing everyone to relive one of the first versions of the title. InnoGames also released a new video in which Tribal Wars’ Product Manager Thomas talks about the history of the game.

The game, launched originally on browser in 2003, was one of the first strategy games ever on that platform, and one of the most popular in the world still today. Tribal Wars boasts over 52 million registered players in nearly 30 languages and became a fully cross-platform title with apps for iPad, iPhone and Android smartphones and tablets. InnoGames founders Michael Zillmer, with Eike and Hendrik Klindworth, developed the game as a hobby project and eventually launched the company around the success of it.

Tribal Wars places the player as leader of a small village, striving for power and glory. In order to build a strong empire and conquer other villages, one must unite with powerful allies and found a mighty tribe. Its vast game worlds and varied tactical opportunities make Tribal Wars one of the most popular browser-based games in the world, with users playing it in over 30 languages.