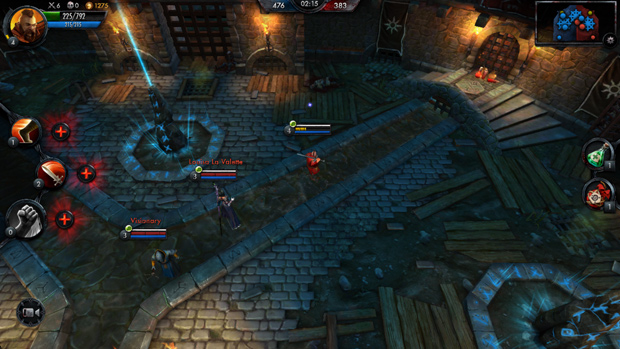 Lately the mobile phone has snagged a larger portion of quality game development than ever before. As technological limitations are pushed further back with each generation, the potential for better graphics and more complicated gameplay elements become a reality on the go. The Witcher: Battle Arena is a Multiplayer Online Battle Arena or MOBA for short that tries it luck at the mobile platform. Since this hybrid between moba genre and mobile platform is still rather untouched, bringing a major franchise name like The Witcher seems like the ideal way to capture a huge potential audience. I couldn’t wait to see if The Witcher: Battle Arena lived up to the hype. 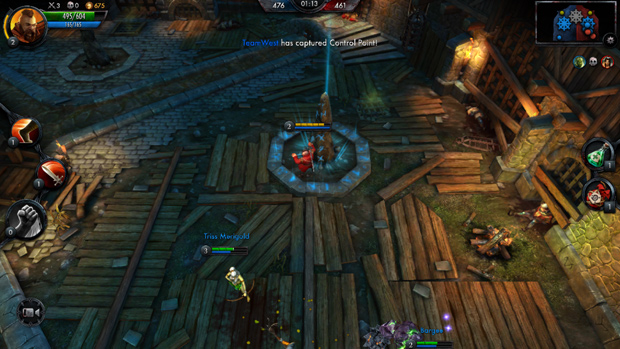 Many gamers and especially fans of the RPG genre should be familiar with The Witcher. There have been several games about this popular story from the Polish writer Andrzej Sapkowski. And the next The Witcher is also highly anticipated by RPG fans, including myself. The Witcher is one of the few RPGs that takes its time to ensure maximum quality. Thankfully the same studio behind the standard franchise, CD Projekt Red, is responsible for the mobile iteration as well. Their passion for quality and attention to detail makes it clear they do what they do for the joy of it, and not just to make a quick buck.

Anyway, let’s not focus this article about the game studio itself. The Witcher: Battle Arena is currently still in limited closed beta testing. I was among the limited group allowed in, and most people I’ve talked to aren’t even aware this game exists. Right off the bat when I went into the practice mode, my eyes were met with solid graphics and responsive gameplay controls that could make any MOBA fan drool. When you think of how fast-paced MOBA games are, it can be difficult to imagine how responsive a mobile edition could be between clustered UI and wifi latency. To my surprise the touch controls of TWBA felt more responsive than the typical keyboard and mouse set-up. 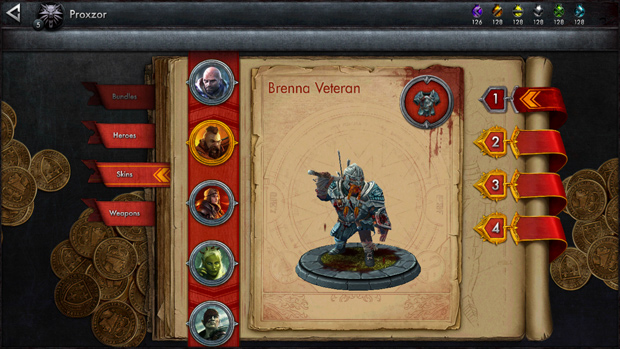 Most of the characters you have met in the first and second game of The Witcher franchise can be found represented in this MOBA, each with a skill set harkening back to their unique skills and charcter. Characters are equipped with three available skills, and a weapon that alters their gameplay style. I was a bit disappointed to not find the series star, Geralt, on the roster, and settled for his best friend Zoltan to get my fix. The small but mighty dwarf is not afraid of any challenge, and he is known to never disappoint an ally in need. His three skills were a knock-up, a sprint, and a blade spin type of attack. The type of guy that sits on your face all day, absorbing all your skill shots to ensure you die slow and painfully while providing nothing of value to your teammates. Sticking to a target to enact this role was far easier with the mobile controls than expected. 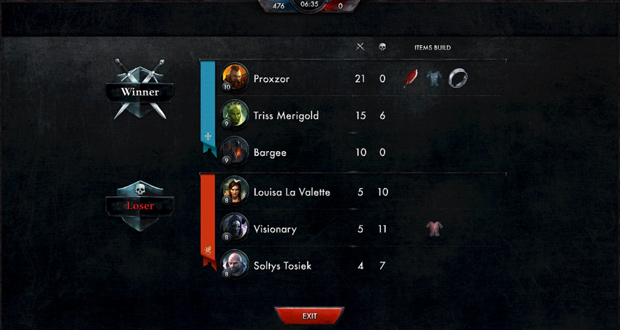 In MOBA games you usually have a couple of lanes, with towers and minions helping you out. In TWBA, the genre takes a less conventional approach. First of all there aren’t any minions roaming on the map. Due to small screen resolutions, last hitting would likely be quite a challenge, so I can understand this decision. Also having fewer moving components on screen at once will give players packing phones from a few generations ago a chance of not overheating while suffering major graphical lag. The far more radical decision was removing towers from the equation as well. Instead players have three different capture points that are the primary objective of control to gain victory. As you’d expect from similar modes on PC mobas, holding two to three of these control points long enough leads to victory. Killing enemy players in the process can help speed the process up, but likely won’t net points equal to what the control points offer. Each team starts with around 500 points, slowly but surely these points tick away. Controlling more points than your opponents offers your team a damage buff, helping keep the underhand in each exchange. As such team play to out maneuver and overwhelm the advantaged team is key to turning the tides to rake in the extra money and rewards offered for victory.

Currently there are only two maps, and both have the same concept, albeit a different layout. There are also two game modes, free to play and ranked. With ranked you will fight for your own rank, in matches with similar mechanics but typically a more serious atmosphere. Those not getting the hang of things or just unfamiliar with mobas can also opt out of PvP to practice their skills against bots.

Since the game is going to be free to play, there is going to be a cash shop. In the cash shop you will be able to buy different looking skins, and different weapons. These do not give you extra bonuses, and are only visual in nature. But games like League of Legends and DOTA have proven how successful such moba shops can be. 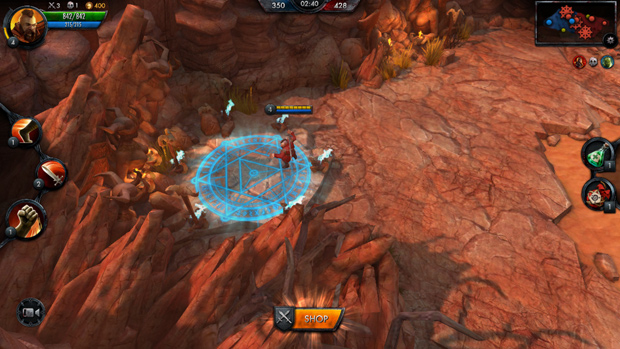 The Witcher: Battle Arena is still early in the closed beta phase, and for now CB Projekt Red isn’t talking about a release date. From what I have seen and the amount of games I have played, I imagine quite a bit of potential for growth as its gameplay is ideal for the average gamer. At this point most everyone that would be into gaming owns a smart phone, and most all of them should be capable of playing Battle Arena without issue. If you are a fan of arena games in general, and looking for something a bit more competitive than the typical trading card game, keep an eye out for news on The Witcher: Battle Arena’s release. It’s extremely fun, and there isn’t much else like it out on mobile devices yet.