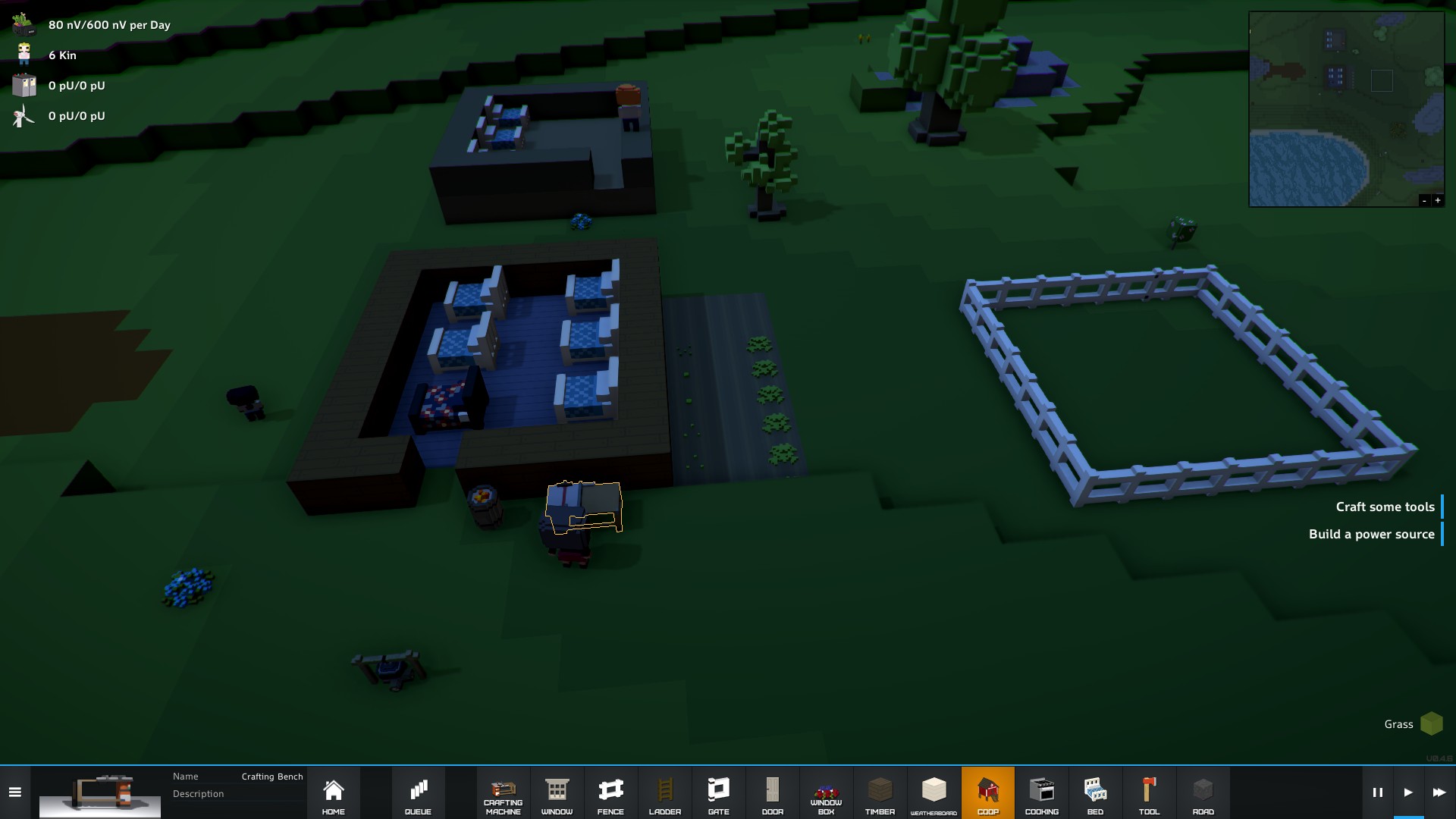 When I first saw previews of The Kindred I made the mistake that many others made, since the game looks, from a perspective, like Minecraft. I thought I was going to play another one of those voxel clones that is similar, yet with a slight tweak overemphasized as a selling point. But when I actually started playing, I was flabbergasted by the mistake I had made. Though visually matching the voxel craze, Kindred is an entire genre apart. This time around you get to steer characters to make them survive the harsh world you put them in. But before you make huge buildings and monuments to respect yourself as a god, you have to ensure your Kin can survive long enough to build them. 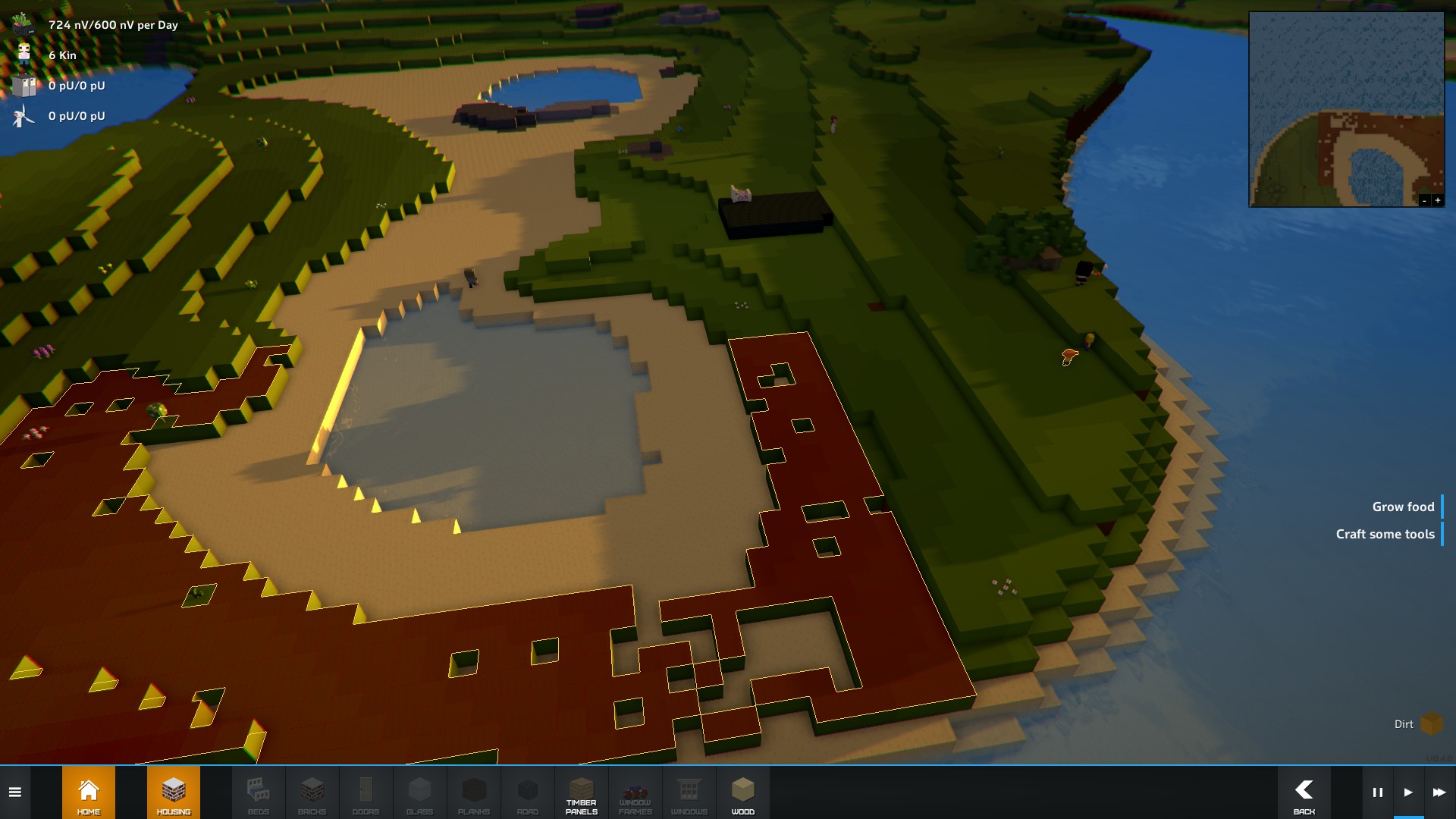 Don't judge this game by the cover!

The characters that will work for you are called Kin, and at the start of the game you can give each Kin their respectable job and the tools required to do them. You can change this at any time but its best to do it straight away before you start playing. The Kindred is a very peaceful game; right from the moment you hear the music through your speakers, you get this relaxing vibe and know that this game hasn’t got any sudden dangers that you will have to deal with. But before you get to the real ‘problems’ you first have to give your Kin a home, a place to sleep with a resource of food so that they will not die of hunger.

There are plenty of ways to feed your Kin. You can either plant crops and wait for those to grow so you can harvest them, or you can wait for the trees to grow fruits. But Kin are omnivores so hunting sheep, cows, or breeding chickens are more active options. Having a steady supply of meat makes survival and the game in general a lot easier, so focusing on setting up your reliable source of food first is a must. This is where your Kin specialization comes into play, as assigning them where they are best becomes the micromanagement main game. This can be a bit overwhelming for new players thrown into the mix, so take advantage of the slow down time option to get a grasp of the situation. 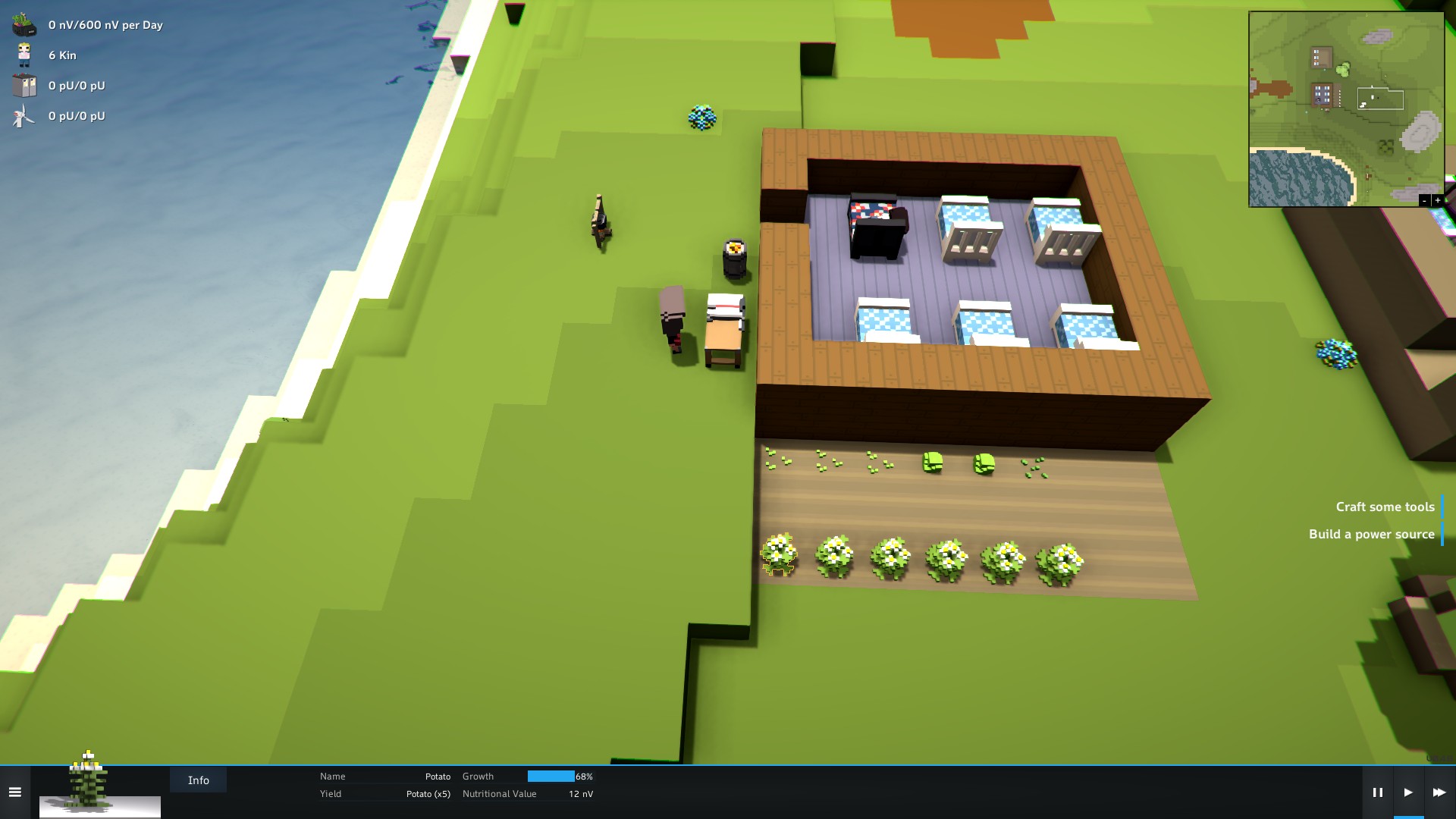 The devs seem to have plenty of plans for rewarding keeping your Kin comfortable.

Once survival and security is out of the way, The Kindred gets to its core voxel concept – crafting. You start off with decent enough stone tools to get you by for a while, but without crafting you won’t get far. From a simple crafting bench you can begin pushing out a massive variety of items, enough to build a full village for your Kin to style in. Now like Rome, don’t expect to build a full village in a day. The Kindred does a great job of balancing out projects and micromanagement though so you never feel tedium as you slowly construct the necessary items to create your dream village. See your civilization rise from the dust is satisfying, and the pacing is ideal for a casual sandbox title. As you advance further though, The Kindred will throw some new challenges your way to make sure you don’t get too comfortable.

Deadly surprises are waiting around every corner to punish Kindred gods that get too complacent. Viral disease, heat exhaustion, and especially being unprepared for freezing winters are the main factors that will seek to throw your civilization into anarchy. I won’t spoil my secrets for overcoming these events, but it should be clear that crafting and specialization of Kin holds the answers to anything that stands in your way. 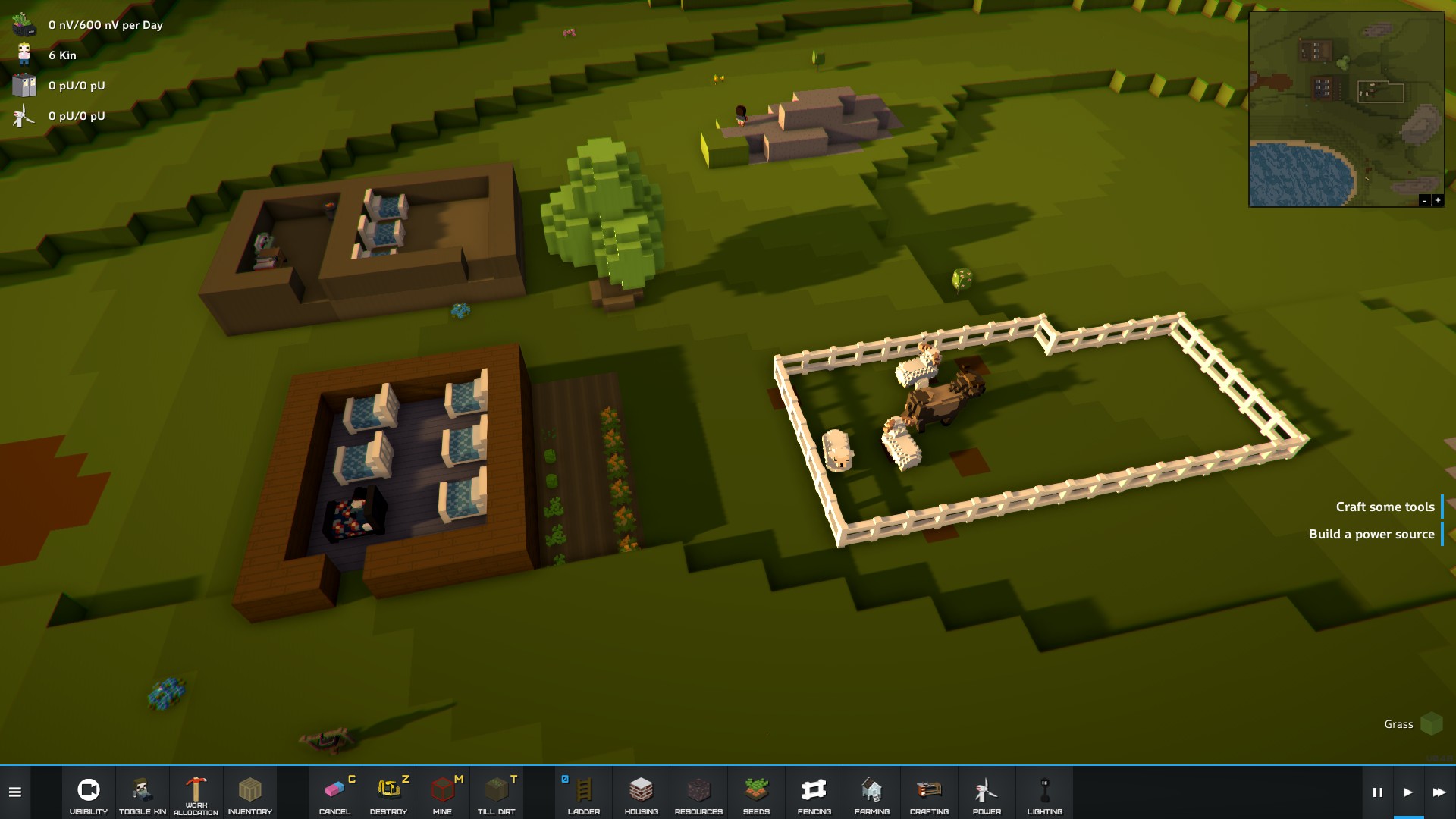 Progress pacing is nicely done, but there's currently only so much you can do before you run out of content.

Right now The Kindred is still in Early Access and obviously that means that the game isn’t finished yet. Bugs and incomplete features are bound to be present. I unfortunately experienced a few of those that hindered my progress, such as building a gate that wouldn’t connect to a fence, trapping my Kin inside. The community is active and supportive of the trial and error phase The Kindred is currently going through, but there is always the risk of investing in a lesser known developer. But I’m getting good vibes off Persistent Studios so far and think they have real passion to make The Kindred into a finished product.

If you were to ask me the same question: “is the game in its current state worth investing into,” I’d say yes, but only if you aren’t tight on spending money. The game is definitely a lot of fun, it put me straight into a relaxing vibe, and has enough features existing to keep you entertained for at least a few hours. The pacing is slow and not for everyone though, and made slower with occasional game breaking bugs forcing you to reset some progress. AI pathing currently can make you facepalm from your godly throne. Still I’d drop the $15 of support and pop in once a month to see The Kindred turn into something truly original and engaging.