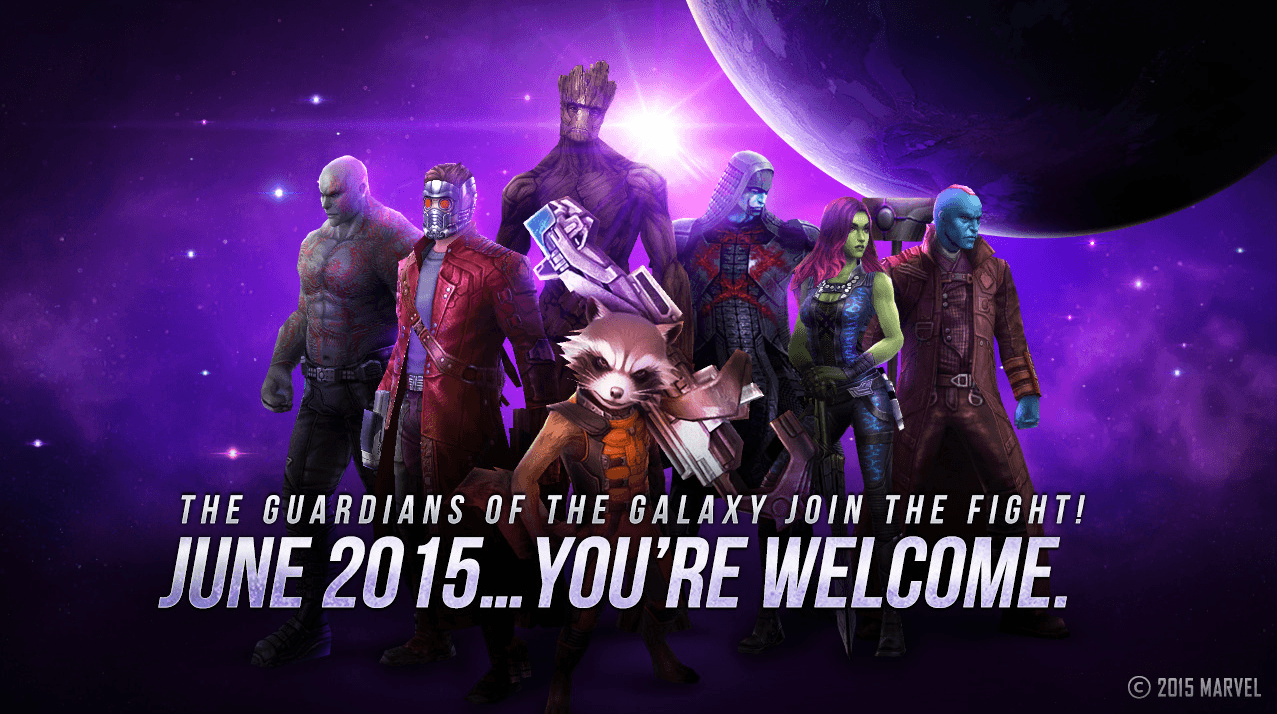 Netmarble Games today announced the release of the first major update for its blockbuster mobile action RPG game MARVEL Future Fight featuring characters from the Guardians of the Galaxy. The update will see the introduction of new heroes and villains, a new mission stage as well as additional in-game features.

Looking to enhance the player experience, the new update will see additions to the existing lineup of playable heroes and villains with the entry of Star-Lord, Rocket Raccoon, Groot, Gamora, Drax, Yondu, Nebula and Ronan, in costumes inspired by Marvel’s Guardians of the Galaxy feature film.

In order to gain access to these powerful characters, players will need to go through the new ‘Special Mission’ stage where they can work to win items that will help them unlock these new heroes and villains.

For players looking to further add to their character roster, the new ‘Dimension Shift System’ provides a way to not only gain access to playable characters, but also provides a new dimension to the game. With the system, players can work to defeat bosses who may crash into their current battle at any time. This means players could fight bosses such as Hulkbuster or Black Cat for the chance to add that character to their own line up.

The overall game system has also been polished and improved in response to user feedback. For example, players can now obtain their favorite playable characters more easily and change gear attributes in a more robust character customization system.

“This first update marks the first of what we hope will be a continuous stream of enhanced content and popular character additions,” said Kwon Young-Shik, CEO, Netmarble. “We look to further the popularity of MARVEL Future Fight globally through regular updates set to bring players a greater gaming experience.”