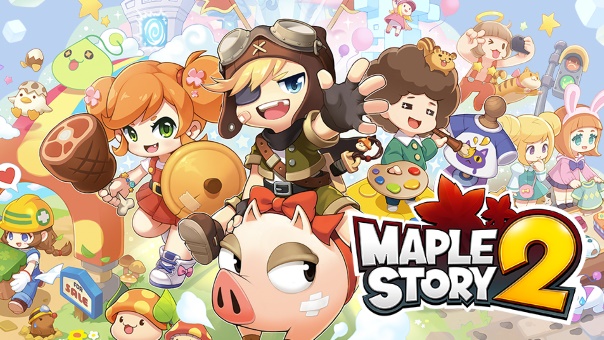 I have had a wonderful time playing MapleStory 2, and everyone I have suggested it to has come back to tell me the same thing. MapleStory 2 is fun, it’s cute and absolutely worth it. So today, I’m going to give you ten solid reasons why you should give MapleStory 2 a shot if you haven’t already. Even if you played the original MapleStory (whether you were a fan or not), you should really give the current offering a shake.

10. It’s Free Without Being Predatory:

When looking at a free-to-play game, the most important place to check is the in-game store. Unless of course, you’re into pay-to-win (or like paying-to-win but hell, no judgments here). But having a store that’s reasonable, fair, without any enhancements to make you better than someone else is of the utmost importance. It shows me that the developers want their players to play at their own pace, have fun, but still have cool stuff to show off that they either want to support the developers or look cute/cool. There was not a single predatory thing I saw in the MapleStory 2 shop. It was all mounts, outfits, skins of some variety, and borders for your name/title. Do any of these make you better? Of course not. But they “do” make you look pretty awesome. You get mounts in-game fairly early, but these are purely for show. You can still spend real-money currency to auto-fish, but you don’t do that in the shop, and that doesn’t make you stronger or better. But it does let you fish without having to stand there and be surly about fishing (like me).

9. Every Class is Fun and Different:

Another feature of a successful MMO is to have classes that are enjoyable, without feeling too similar to the others on offer. Not only do the classes feel different, but you have a lot of options in how to build a character, and the game will even offer you suggestions on builds to try if you press the button for it in the skills menu (K). Sure, there are types of characters: You have tanks, at least a healer in the Priest, damage dealers, casters/ranged characters, but in my time doing dungeons, it didn’t feel quite as restricted as regular/pay-to-play MMOs do. In fact, I did most of my own healing while grinding dungeons as a Berserker and as a Rune Blade. Most of the classes have pretty big damage effects, so it can be a little hard to see what’s going on, but I always feel like I’m contributing and am a useful part of whatever team I’m on. 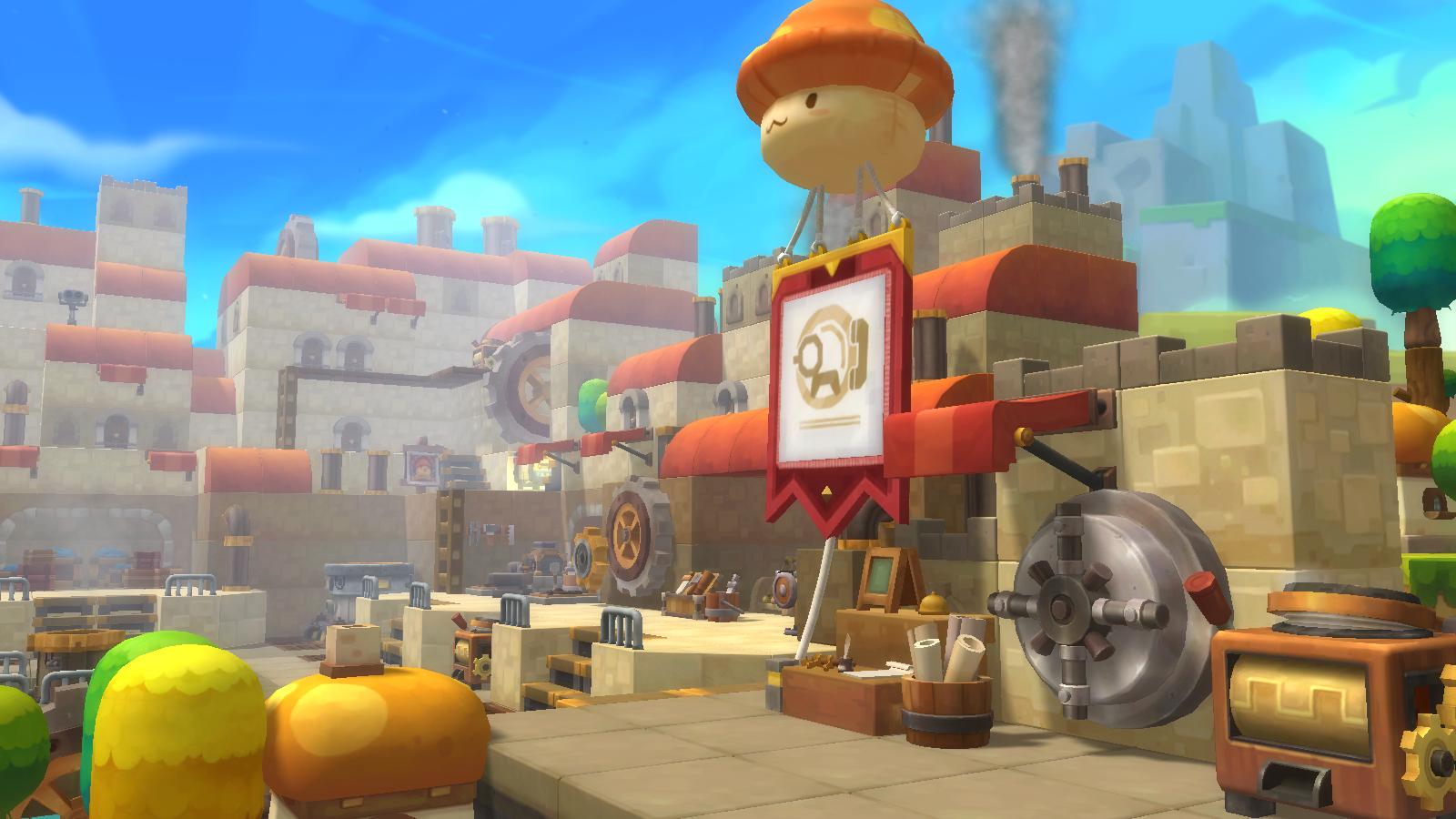 When did “casual” become such a four-letter word? Why does everything have to be hardcore and ultra-serious now? Can’t we just play an MMO for a few hours because it’s charming and fun? MapleStory 2 is definitely fun, and I’m certain that the higher-end content will have challenge and reward players who work harder, but no matter what your skill level, you can log on, mess around, unlock some challenge rewards, gain a few levels, maybe join in on the trivia challenge, and log off. It’s not a game that has felt like an insane second job or chore to play, and that’s very important to how I approach MMOs in my old age.

7. It’s not the original MapleStory:

Now, I’m sorry Maplers, but I was not crazy about MapleStory. But the fact that MapleStory 2 is not the original MapleStory is certainly a bonus: The fact that you don’t really have to know anything about the previous game, that’s great! It makes it so anyone can just tune in, find a class and get lost in this adorable world of MapleStory. If it leads you to wanting to know more about the universe and trying MapleStory 1, that’s even better. When I first tried MapleStory, I was also presently obsessed with World of Warcraft, and Final Fantasy XI. Perhaps it was more I did not have time for another MMO where I needed to grind. I’m not saying MapleStory was bad, but I am saying it was not for me. MapleStory 2, however, feels more accessible.

6. It has Something for Everyone:

I mean really, it does have something for everyone. Trivia Games for the hardcore Maplers, exping, fishing, mining, grinding that money to buy a cool plot of land to call your own, getting prestige levels, exploring and clearing map-specific goals. You can craft, you can just run a social guild, hang out with friends, complete dungeons, or play music! It comes back to being a casual MMO, and that being a good thing. I even saw a part of the community forming musical guilds/parties, and playing awesome music (like Through the Fire and Flames by Dragonforce). 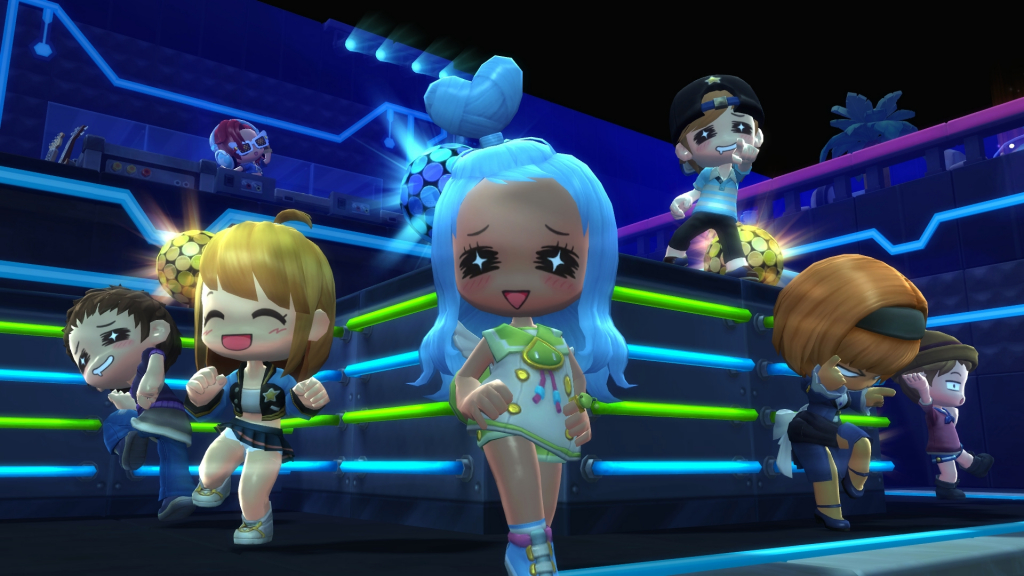 5. Housing Without Spending Millions on a Plot of Land:

I will say that an actual plot of land in-game is insanely expensive (at least for me, who plays occasionally instead of all the time). But that doesn’t mean you can’t have a house! Every player has access to housing in MapleStory 2, that you can decorate and call your own. However, if you want a visible plot of land, that’s a little more pricey, but it really feels worth it, since acquiring and designing one really feels like you’ve done something big. I haven’t started decorating my house yet because I’ve been far too busy exploring to stop and rest in an apartment. Hell, if you have a house you can hire Maids to help you craft stuff! That’s a definite bonus to earning a plot of land. But if you don’t want to do all that grinding for tons of cash, just go get yourself a sweet little apartment. I also appreciate that apartments don’t require rent, whereas Houses/Guild Houses do.

This is not a game that’s going to eat up a 1080 TI and spit it back out. It seems like most PCs, potato or otherwise can run it quite easily. I could also see this hitting consoles someday, but don’t confuse “low requirements” for “poor graphics”. The graphics are cute, and I think the voxel-style really works for a game like this. It’s also a surprisingly big world, with lots of different biomes, plenty of things to do battle with, and on the discussion of “accessibility”, those map objectives really teach a lot about the game. It shows the weird areas you can fish in (like the toxic areas), the crazy weapons you can pick up and wield (telephone poles, barrels, barrels on fire), and there are always useful tutorials to be had.

On that note, there’s also a pretty warm, welcoming community. I’ve seldom met a nicer group of people playing an MMO. I don’t really mess about on Reddit, so all my Mapler friends I’ve met on Twitter or in-game proper, and any questions I’ve had about the game and the world were easily accessible. This might be the first MMO where I wasn’t told to go kill myself just for asking a question of someone, which is a pretty neat occurrence. Most people I know have guilds to join if you need (including Derpchu who had to create a second guild because her fanbase/community is too big for one), and guilds are a great way to find new friends and tackle content without relying on random parties. All in all, I’ve had a really good time in MapleStory 2. Sure, there are always going to be jerks, and people spamming for gold selling in a free-to-play, but they don’t really take too much away from the game. I just swap to a different channel or mute them as I see them. 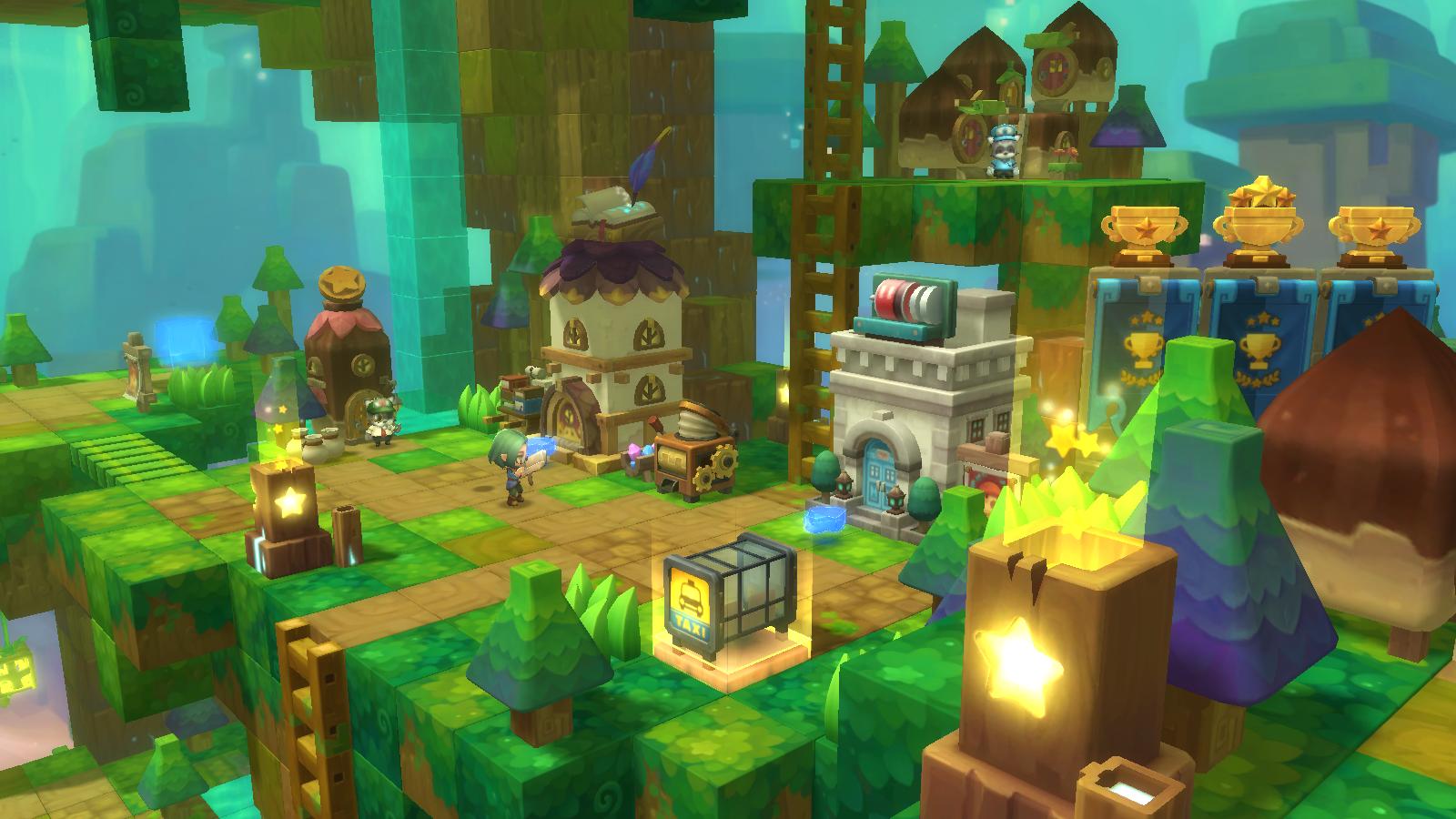 My desk is not what you’d call comfortable. Not to mention I spend a fair amount of my day playing some kind of PC game, or typing up news/reviews/editorials/et cetera, so any game that I can also play with a controller gets a big up from me. But the controller support also has to be “good”. Now I did notice an issue when I made a new character where all my buttons were reversed or mixed-up in some fashion but simply resetting them to “default” made it work just fine again. I still use the keyboard hotkeys to manage my inventory and menus, but I don’t have to – I can just press “Options” on my PS4 controller to pull those up. I just happen to wait until nothing’s going down to manage skill points and items. It’s incredibly easy to use your special abilities, pop healing reagents, mount up and ride, you name it. Hell, I can use a healing item while spinning around and slashing things to bits without it being some kind of horrific chore.

There are lots of solid MMOs out right now, but not as many that I honestly just enjoy logging into and messing around. Final Fantasy XIV, I play because it’s gorgeous and has an incredible story filled with drama, death, action and intense moments of excitement. I play World of Warcraft because I have intense amounts of self-loathing. I play MapleStory 2 because it’s cute, it’s fun, and I feel rewarded when I accomplish something. Whether solo or in a party, this is just a damn fun game, and if you were avoiding it because you liked/didn’t like the original MapleStory, that’s a huge mistake. The two games aren’t the same, and MapleStory 2 is a nice, natural progression beyond the borders of MapleStory. I’d like to see more classes, I’d like to see a console port, but it had a nice solid start, and I’ve enjoyed playing, even starting over on new characters. MapleStory 2 is 100% worth playing, even if you’ve never touched a game in the franchise.