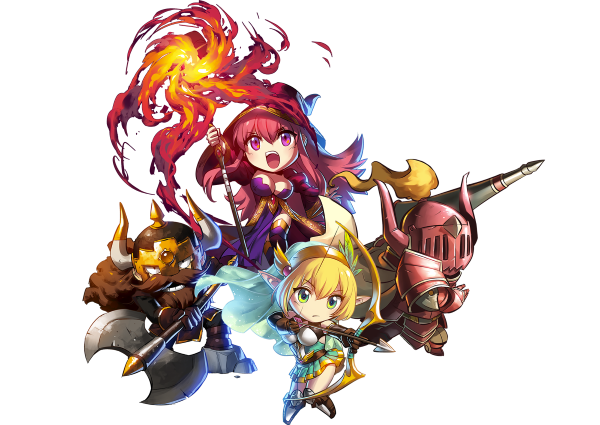 The Hearthsworn Fighter brings to battle a fearsome presence thanks to his mighty axe and crossbow. With a wide swing of his axe, or forceful crossbow bolt, he’s able to move the party forward by clearing enemy units.

With magic as fierce as her soul, the Ember Mage can cast powerful ranged attacks from afar. Depending on the foe, she can do area attacks or concentrated fireballs for larger enemies.

The Glimmerdusk Ranger is adept in long-range combat after years of patrolling the edges of the Fae Wood with longbow in hand. She can either attack with a flurry of shots to take out multiple targets, or engage in support to keep her team at an advantage in battle.

Gifted with an unequaled mastery of bladed weapons, the Questing Knight can dispatch multiple enemies at a time with a swing of his lance. As he grows in power, he’s able to better inspire those around him and absorb more damage in combat.