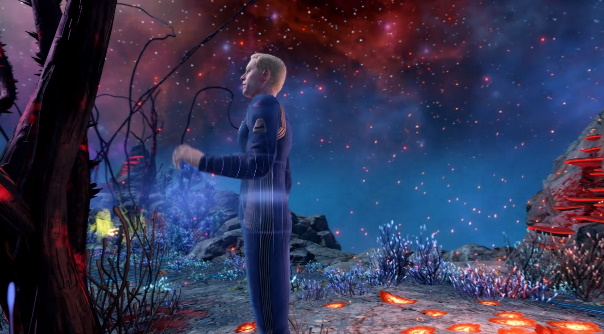 Star Trek Online‘s latest content update has finally hit the PS4 and Xbox One consoles: Awakening. Players will be able to team up with Lt. Commander Paul Stamets (Anthony Rapp) from Star Trek Discovery in this latest installment to the game. A crucial mission to save the Mycelial Network has begun, while also tackling a new series of patrols, Task Force Operation, and much more. There are also special event challenges to earn a new T6 Elachi ship. To celebrate the launch of both Awakening on consoles and Breast Cancer Awareness Month, Star Trek Online has also teamed up with Groupees.com to raise money for the National Breast Cancer Foundation. Further details of the update can be found below: