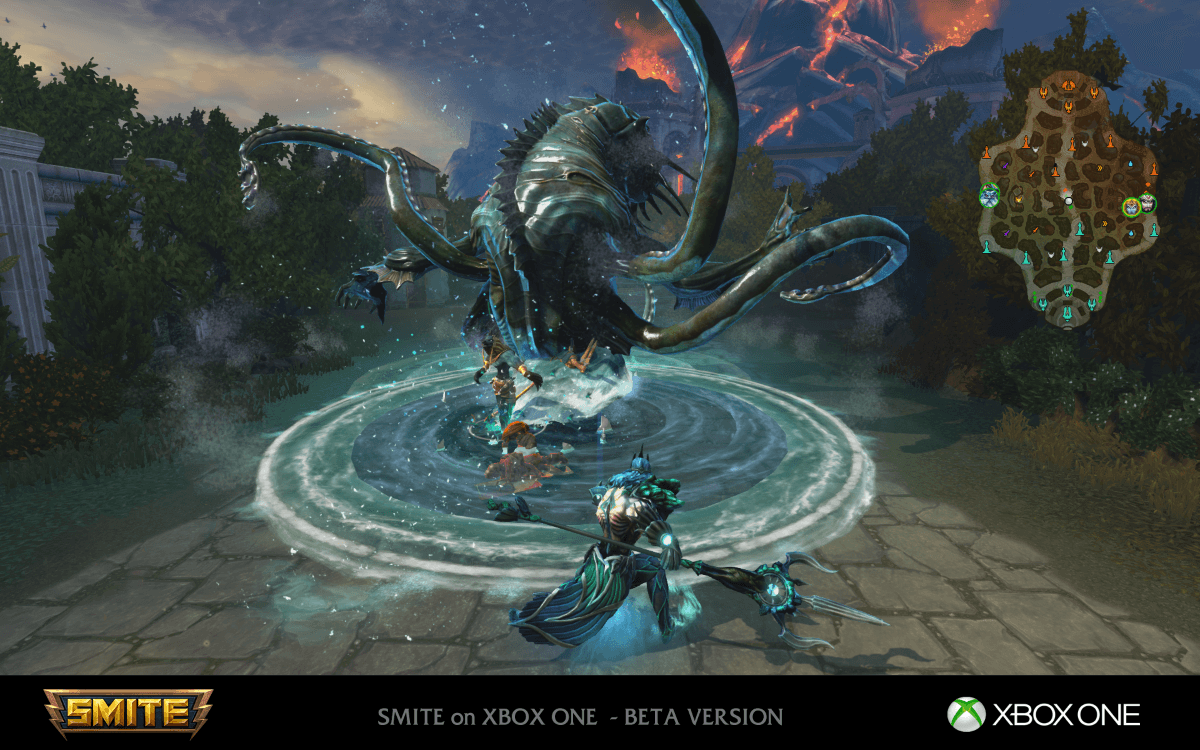 Hi-Rez Studios today announced that its free-to-play MOBA SMITE, the mythology-themed third-person action game, has entered its open beta testing phase on Xbox One, the all-in-one games and entertainment system from Microsoft. Xbox One users* can now access SMITE’s open beta directly via the Xbox Games Store, or by visiting www.SmiteGame.com/Xbox.

SMITE’s in-game marketplace, which allows players to acquire new gods, cosmetic skins and more, is already live on Xbox One, and all purchases, progress and achievements earned in open beta will transfer seamlessly when SMITE officially launches on the console later this summer. SMITE players who link their PC and Xbox One accounts will receive a free Zeus Xbox skin for use with both accounts. Players can also take advantage of a one-time account merge option to copy select progress and items from their PC account to Xbox One.

Already one of the world’s leading eSports franchises on PC, SMITE is the first MOBA to arrive on Xbox One. It features a rich and constantly growing pantheon of playable gods, with an engaging third-person camera that pulls players right into the action. SMITE’s emphasis on expert skill shots and strategic thinking rewards fast reflexes and teamwork. It offers a wide variety of modes to suit a range of player tastes, from traditional 5v5 multi-lane battles to smaller, single-path jousts and wide-open arenas.