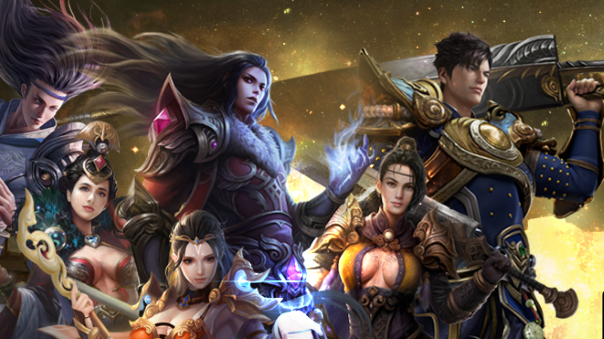 The Classic PK MMORPG Conquera has officially left its Closed Beta and moved into Open Beta Testing, bringing it that much closer to launch. The OBT client is available at the link below, and players can claim a free Celebration Pack littered with useful in-game items. To kickstart the Open Beta, publisher Cherry Credits joined forces with Gamesberry, Armaggeddon and MSI to bring Conquera to the 2017 Comic Fiesta in Kuala Lumpur, where it drew large crowds and eager participants. A whole host of limited edition Conquera merchandise was there to win at Comic Fiesta, where this news was announced, and fan response was positive. In China, it was originally known as The Legend of Mir: eternal, Conquera carries this setting and lore of the original game to bring something for new and veteran players alike.

“The enthusiasm at Comic Fiesta far exceeded our expectations,” said Stanley Liew, CEO of Cherry Credits, “We met players who were fans of The Legend of Mir as well as hardcore MMORPG players; all of them excited to try out Conquera. Their feedback is valuable to us during this Open Beta phase.