Sleigh the Holidays with LawBreakers Seasonal Event and Sale 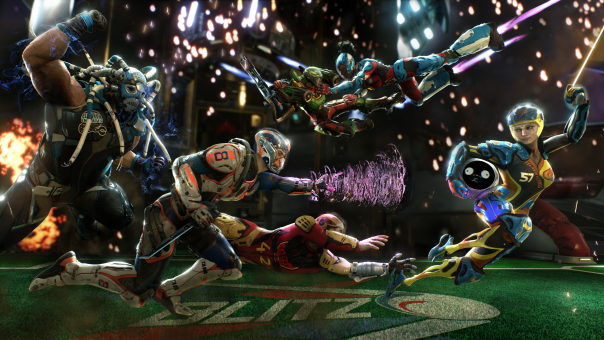 The fast-paced, gravity-defying LawBreakers has announced a festive holiday event that runs through December and into the New Year. “Sleigh the Holidays” offers a limited time discount on the game, double exp, and an update to the Boss Leagues Mode. The Playstation 4 and Steam version are both on sale for 50% off, PS4 will run from 10 a.m. PST on December 19, 2017 through 10 a.m. PST on January 2, 2017, and the Steam version is from 10 a.m. PST on December 21, 2017, through 10 a.m. PST on January 4, 2018. Double EXP will also be going for an extended two-week period, and Boss Leagues officially kick off Season 1 to bring it out of the Beta Test. Season 1 features rewards such as a Silver Weapon token and an exclusive Season 1 profile icon representing the highest league reached during play. Players who received the end of Beta Season 0 Silver Weapons will be able to earn a new set. Five placement matches are required for League assignment (previously 10 in Season 0) and Season 1 ends on February 8, 201, at 5 a.m. PST.