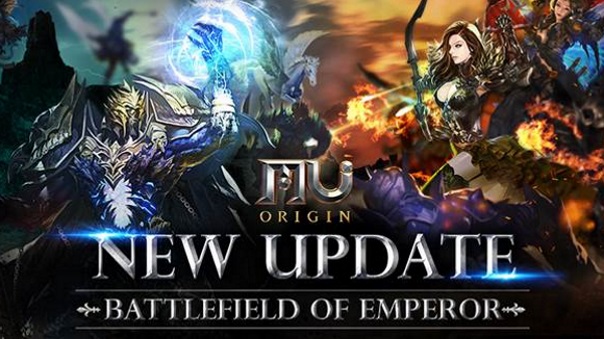 Another content update has come to MU Origin, in the form of “Battlefield of Emperor”. This update has a variety of important features, such as the 20vs.20 battle, aptly named Battlefield of Emperor. Characters over 6 Rebirth Lv. 1 can participate in the Battlefield of Emperor and they are sorted in the battlefield depending on the rebirth level. After players destroy the opponent’s Mineral Base to win the battle, warriors who have acquired over 100 points receive win or defeat rewards such as Bound Zen and EXP. The Tarot system also comes to the game, letting players equip the cards to give extra options to their character. The Tarot Card system opens upon completing the quest Master of the Forest, and 15 types of Tarot Cards are now available for leveling up to 50, giving a special option of each Tarot Card to the character when equipped. In addition, the Costume Wardrobe has also been added, where costumes can be enhanced up to level 10 using the costumes in their inventory. There are also new Companion features, such as Companion Arena (2v2  server arena)  that can be joined every Friday and Saturday. Players can send Blessings to other Companions and get blessed in Companion Blessing. This, an increased level cap,  expanded Endless Tower, a Santa Costume and much more have arrived in MU Origin.