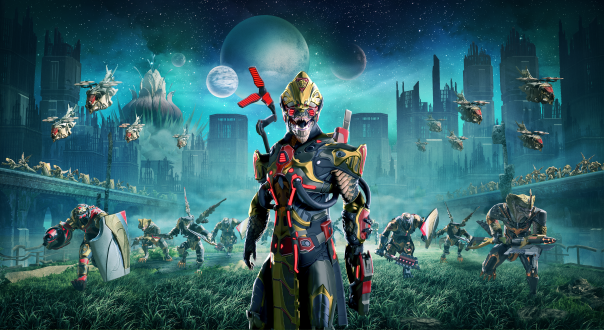 Skyforge has a new expansion coming in April, that will add a new planet for the first time – ‘New Horizons’. New Horizons will arrive on PC April 9th, PS4 April 10th, and Xbox One 11th. This free expansion will follow the events of the previous expansion, ‘Distant Frequencies’. A new planet, called Terra has been found and will feature overgrown cities,  lush jungles and lifeless, lawless wastelands. There will be new mechanics to learn, and also a new race to discover. Preliminary reports show the planet has overwhelming air pollution in some spaces, which indicates advanced warfare once took place here.

Though we have no idea who or what caused this life-ending experience, this promises to be the deadliest, and most robust Skyforge expansion yet. The development of this world will depend on player actions, as it must be studied, researched, and a base must be reinforced. There is a new mechanic known as Programs, that will let players manage the development of Terra. By upgrading these Programs, the people on their home planet can further research this world.