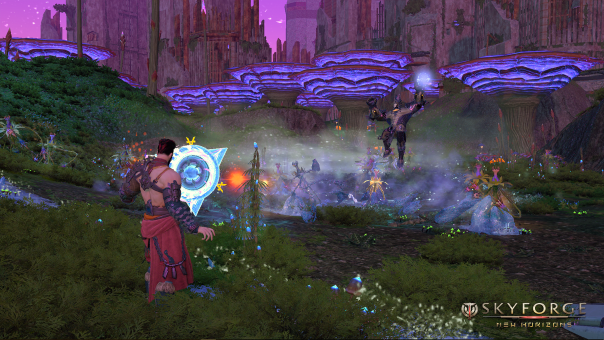 Skyforge continues its tradition of rich storytelling by building on previous expansions and releasing New Horizons. New Horizons introduces an entirely new planet named Terra. With a new planet comes new features, such as the growth of the planet being entirely up to the players’ actions. Immortals will need to develop the land, eliminate threats, and collect data when their ships arrive on Terra.

Skyforge’s largest map to date comes with New Horizons, and as players unravel the mysteries of Terra, launch programs to change the world around them, and reinforce their holdings, they will see change and growth in the land. Programs are a new mechanic that will let players manage the development of Terra and also unlock new rewards. Skyforge releases today on PC and hits Playstation 4 on April 11th, April 12th for the Xbox One.