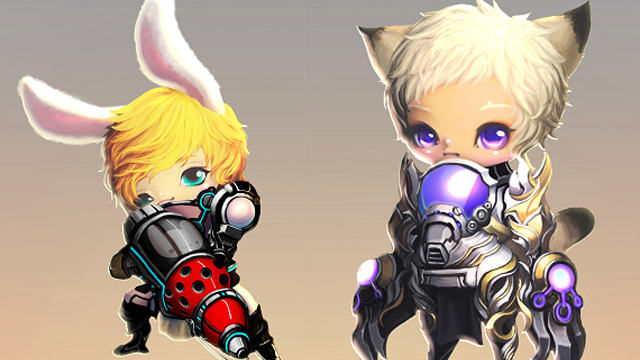 WEBZEN, a global developer and publisher of free-to-play games, announced today that the free-to-play MMORPG SEVENCORE has released a trailer for its upcoming race ‘Aimon’.

The Aimon are a peaceful race of humanoids from the Eastern Continent in SEVENCORE. These tiny little creatures are usually underestimated on the battlefield because of their size, but players shouldn’t be fooled by looks alone as their special racial abilities allow them to increase the energy of their mounts and even provide a health regeneration boost when not in battle.

Aimon’s racial passive skill allows them to recover 5% of their HP every 5 seconds when out of battle, and the 2nd passive gives it a 3% increases the energy of their mount.

After the scheduled maintenance on Wednesday, 18 March (UTC), the Aimon will be available for both English and Spanish servers. Read more about the Aimon and new features of upcoming update on the official SEVENCORE Facebook page: https://www.facebook.com/Sevencore

The SEVENCORE team is also organizing a special event to celebrate the arrival of the new Aimon race. More information will be shared in detail on the official SEVENCORE website: http://sevencore.webzen.com/