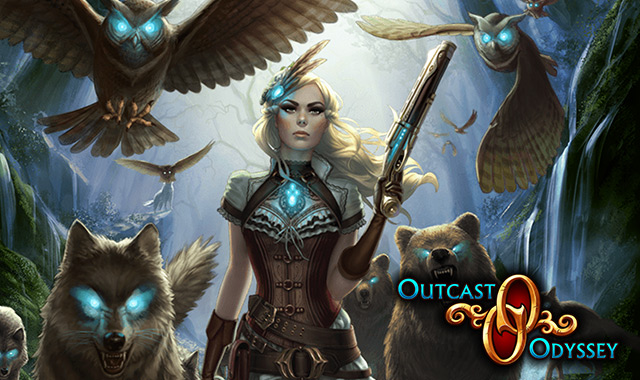 At the heart of Outcast Odyssey’s new content is the debut of the Event system, which lets players travel to new locations to take on special monsters for loot for themselves and their guilds. The addition of new Event Bundles in the in-game store allows lower-level explorers to participate in these adventures with useful cards and items. Players can also obtain new super-rare and epic cards to make their stands on the leaderboards.

Set in a world of high fantasy and magic, Outcast Odyssey combines the thoughtful tactics of a strategy card game with the action and adventure of RPG-based dungeon crawlers. Players can amass and construct powerful card decks to conquer dangerous territory in single-player mode, battle opponents in online multiplayer, and trade with friends and guild members.

Outcast Odyssey was developed to grow over time in several ways; in addition to new gameplay systems, rewards and challenges, BANDAI NAMCO Games partners with independent graphic artists to create unique artwork for each of its cards. The game launched last year with original designs from Warren Louw and Chuck Pires, whose creations pop on screen with stunning visual effects.

Outcast Odyssey and its latest update are now available to download for free from the App Store on iPhone, iPad and iPod touch, as well as Android smartphones and tablets via Google Play. For more information on BANDAI NAMCO Games’ titles, please visit http://www.bandainamcogames.com.