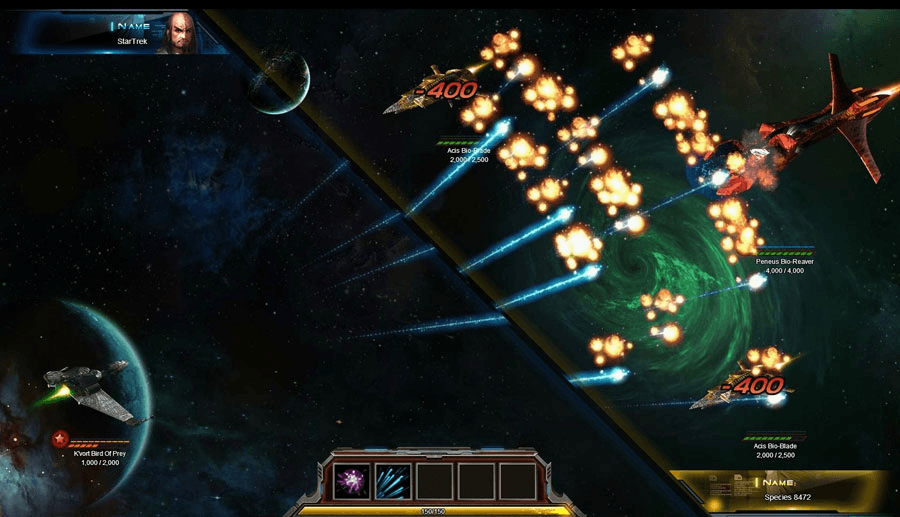 Introduced in the latest game update, System Battle is a scheduled event that players can take part in throughout the day, to compete against the opposing faction. Federation and Klingon fleets can queue to enter the new instanced map, and battle against each other to conquer planetoids and establish bases.

When the event time runs out, the faction that has captured the most space is declared the winner, with participating players receiving rewards. Top players also receive rewards based on their overall contribution to the effort.