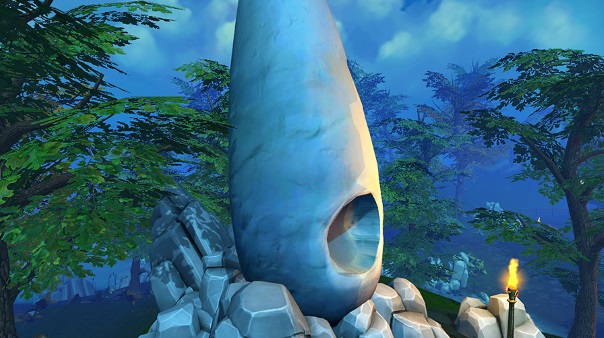 “The Needle Skips” is the next in a long tradition of murder mystery quests, that began 17 years ago, and is also the 400th quest point available in the game. These points, which are unlocked as adventurers complete the 221 quests in Runescape, offer rewards and access to further quests. It begins at a stone monument, with a lone figure lying dead at its base. A single word is scrawled in blood, and it follows a family living locally to the needle-shaped monument that, thanks to its original use by the elder gods, is enveloped in a time bubble. As players interact with the monument they are drawn deeper into the mystery and loop through time to find out the answers, uncovering clue words and through their investigation, they will unlock glimpses of the past in a bid to find the truth and save those trapped in the bubble.

This adventure comes as Jagex launches this year’s Premier Club, which is the best value opportunity for RuneScape players to receive 12 months of discounted membership to both Runescape and OldSchool Runescape. This also offers rewards such as an exclusive Valkyrie outfit and an artifact that gives other benefits.

“We’ve enjoyed working on murder mysteries in the past, especially One Piercing Note, and The Needle Skips provides a fresh and innovative take for RuneScape players to put their investigative minds to the test. The use of audio and voiceover dialogue as a gameplay mechanic in the quest really sets it apart from our previous murder mysteries. What started as an internal game jam project has developed into an engaging story that we hope our community will lap up as they unpeel the story.”