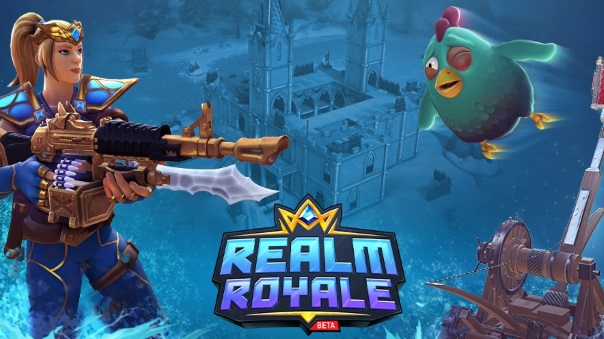 Now that Realm Royale has officially launched into Open Beta, they are proud to announce that during the console launch, Realm Royale exceeded 120,000 concurrent players, which is a new record for the fantasy Battle Royale. This announcement is hot on the heels of the most recent update, OB15, which lets players to take to the skies in a whole new way. Catapults were added to the game, constructed in certain locations, letting players launch themselves into the heavens.

Whether you use it to close in on your prey or outdistance a player who is hunting you, the options are endless. Realm Royale also announced their partnership with Discord, having access to the game through the Discord Store, and a new Mastery System to help progress and develop classes in-game. They also have new cosmetics and a new Battle Pass.