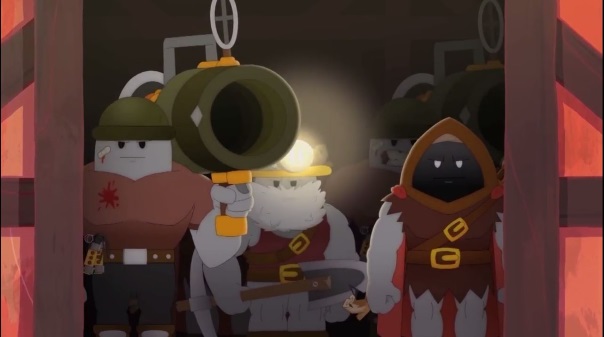 Imagine a world, if you will, that combines Castle Crashers, Worms, Team Fortress 2, Super Smash Bros, and is non-stop insanity. That’s “The Ultimaest Battle”! It’s live on Steam from the French Indie studio, Ediogames, and looks to be absolute, non-stop fun! Players embody characters called “Nubs”, who are armed to the teeth and are equipped with weapons depending on the character’s class. Each “Nub” will build an arsenal through gameplay, increasing the level of strategy required when the choice of weapons becomes critical. Players will compete in a variety of game modes in a 2D environment that is almost completely destructible. From Deathmatch, to Save the Princess, to Double Princess (DP, take down the enemy Princess while defending your own), Arena Deathmatch and more, The Ultimaest Battle has something for everyone! It even has the ability to trade with other players and a mode specifically for that to trade in peace! Guilds can be joined, but to create one, you must be level 10 and hold a Premium Account.

“We are very excited to bring the UB experience to an English speaking audience for the first time. Since the beta was launched in France, more than 30,000 accounts were created and we are eager to receive new users’ feedback from all over the world, says Nicolas Eskenazi, game designer at Ediogames. Furthermore, it is important to stress out that paid content in the game does not increase the players’ character strength or level. The Ultimatest Battle is an Anti “Pay to win” game and Ediogames bring fairness into the gameplay and between players when it comes to in-game purchases.”