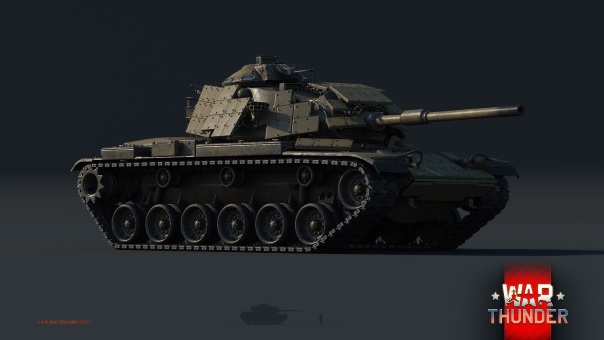 At Gamescom last week, Gaijin Entertainment announced the “New Era” Update for their game, War Thunder. It will soon add a sixth rank for the ground forces in this next addition to the game. The new rank will feature armored vehicles from the 60s-70s, and introduce new ground combat technology, such as composite/reactive armor. New mechanics will also come to War Thunder that will expand top-rank battles, add extra challenge and skill for players to learn and master. One of the major features coming to tanks are “stabilized cannons”, one of the more common features of these vehicles. It will allow players to shoot effectively on the move while smokescreen launchers will increase survivability after detection. Modern armor will provide improved defense against HEAT shells and allow more aggressive tactics on the battlefield. This promises to add some variety and new strategies to the game, shaking things up.

At Gamescom, the Soviet T-64A and US-American M60A1 RISE (P) were presented as the first vehicles on the new rank to feature modern armor technology. The T-64A, the world’s first mass-produced tank featuring composite armor, became a worldwide standard in tank production. It’s composite armor, which is a combination of several layers of different materials, offered improved protection against HEAT shells. In X-Ray view during the hangar screen, players of the T-64A can see in detail the protection their armor offers. In addition, ground and air vehicles from earlier eras will also come to the game. More info can be found at their blog, below.