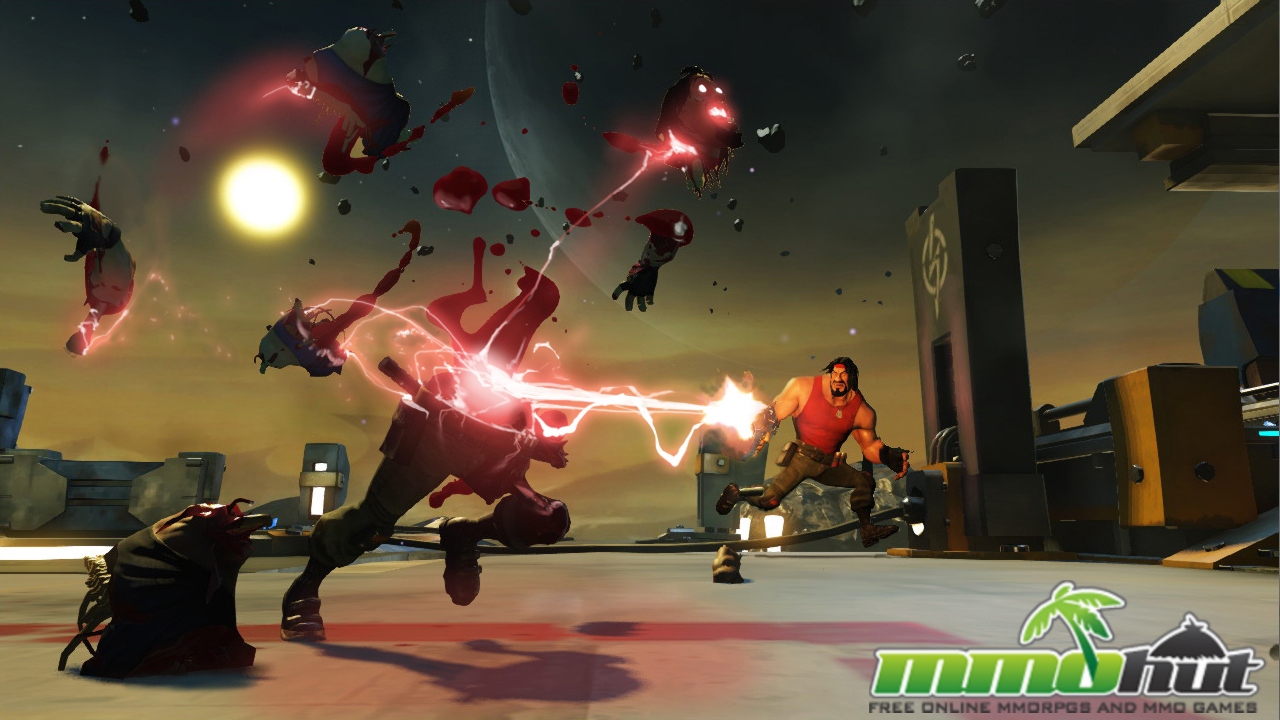 “Two minutes!” I hear the developer yell out. I scramble to complete my ultimate weapon creation, a six-round rocket launcher with turbo charged ammo that bounces off surfaces and explodes in incendiary goodness. I load into a test environment and squeeze off a few rounds against some stationary targets. My rockets connect and engulf the target in a wonderfully fiery explosion. Yes, this will be my tool of destruction.

The weapon Ive just created is unique and one of countless weapon combinations available to players in Loadout a new F2P FPS published by Edge of Reality. Let me get this out of the way, the shear amount of weapon customization that Loadout presents to players is unbelievable. Whats more, those customizations aren’t just simple reductions in recoil or changes to firing rates. Instead the weapon changes available can completely alter how the weapon behaves in the most extreme sense.

Players can choose to have their weapon fire sticky rockets, which stick to surfaces and can be customized to either explode based on proximity, delay, or manual detonation. Additionally players can opt for electrically charged rockets, which when detonated electrocute enemies within an aoe. If rockets aren’t your thing you can create a Tesla sniper rifle that fires a continuous beam of electricity from a great distance. How about a shotgun that shoots flaming ammo that catches enemies on fire and bounces off of hard surfaces? These are just a few examples of weapons I saw when previewing Loadout at this year’s Pax East.

As the match starts I load into the map with my trusty automatic pyro rocket launcher. The game mode is control point, where players have to capture control points in order to win the match. The control points spawn dynamically around the map and upon capture reward a set amount of points to one side. The map itself is a square with a large open area in the middle and two narrow walkways on the sides connected together via a bridge in the center. The control points usually spawned in the corners of the map as well as in the center of the bridge.

In this game mode I noticed how great it was to have a weapon that did fire damage. The fire lingers on targets and surfaces making it easy to inflict damage to targets long after I fired my rockets. This made it very easy to defend capture points since even if I missed my target the explosion would engulf the entire control point in flames, weakening my opponents and preventing them from passing through the area around the point.

The action comes fast in Loadout. The spawn times were short and there wasn’t a lot of distance to cover before I would encounter enemies once more. The game itself looks great using the cell shaded graphic art style we have come to love from games such as Team Fortress 2. The game offers a lot of visual feedback as well. Players bleed, catch on fire, and lose chunks of their flesh as they take damage. Death animations are also done really well. Limbs are lost, heads decapitated, bodies burned to a crisp, and more all of which bring a great deal of satisfaction to each kill.

As for Loadout’s F2P strategy the developers made sure to let me know that they aren’t going to be selling power. Pointing towards the League of Legends booth a developer remarks, “we want to do something similar to LoL, we aren’t going to make the best weapons and items available only in the shop, we want to only offer things like cosmetic changes and experience boosts”. When I asked whether a higher level player would have an advantage over a lower level player I was told there would be very little to none. Players will have the chance to win random weapon parts at the end of matches, because of this a lower level player may get lucky and receive a part that a higher level player hasn’t seen yet.

Overall I was extremely surprised and impressed with Loadout. Check back here on MMOHuts in the future for more Loadout coverage and perhaps even a giveaway…..