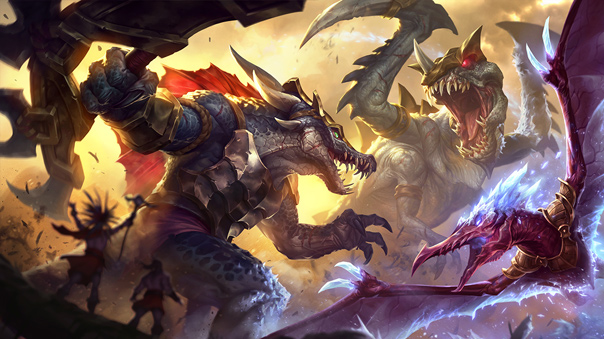 Riot Games is giving their Dominion and Twisted Treeline maps a bit of love in the latest League of Legends patch 5.11. This patch also sees some sweeping balance changes, though while many champions are hit by them, most are just slight tweaks while the balance team takes a wait and see attitude.

In addition to the tertiary maps seeing some visual updates, Twisted Treeline also sees an overall experience curve and pacing tweak, with vision items being removed in exchange for the trinket system, and towers getting buffed to levels that could withstand a strong wind. They hope this leads to more meaningful matches, with less impossible to stop snowballing.

Three prehistoric skins are also coming in the near future, being rewarded to Anivia, Renekton, and Chogath.

Although the balance changes are vast, I’ll highlight a few key ones. Caitlyn’s headshot passive now cuts through 50% of target champion’s armor, meaning her role as a tank killer is more prominent. Ouch. Brand also sees his ultimate no longer hard countered by Zhonya’s as the ball of flame will simply bounce and continue its rampage. The recently reworked Ashe was bringing too much power, so her early game is being toned down, while her tower chewing Q will no longer proc on the poor things. Aatrox also enjoys a progressively reduced cooldown on his Blood Well passive, resulting in an increasingly aggressive suicide bomber to deal with as time marches on to endgame.

For the full list of notes, catch them at the official site.