Path of Exile: The Fall of Oriath Press Beta Preview 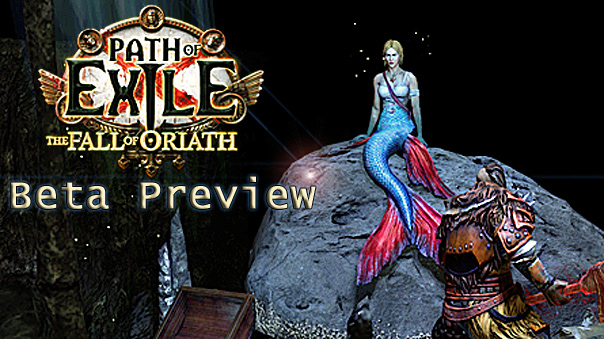 Without a doubt Path of Exile is currently one of the most popular RPGs, and if you look at the numbers you can compare the playerbase to the most popular MMORPGs of 2017. But Path of Exile isn’t a game where you plan on the exact same character for years at a time; since the game is an action RPG there is a lot more to that. What plagued Path of Exile was never the amount of content they had, but instead the diversity that was available. With this The Fall of Oriath, Path of Exile as you know it, will change, and only for the better. 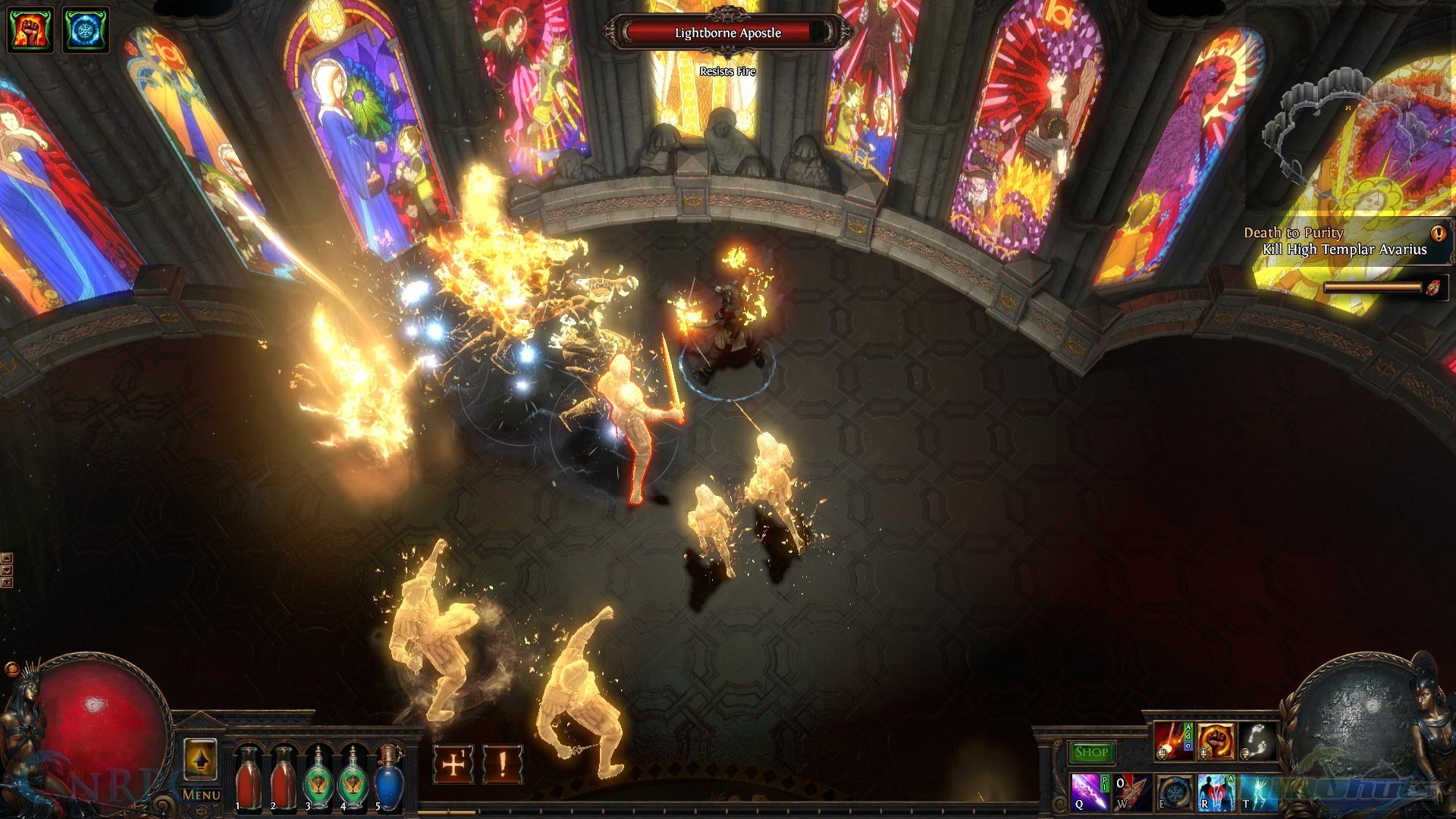 In July the whole game is going to get a big overhaul, increasing the amount of Arcs to ten instead of just four, and removing both the Cruel and Merciless difficulties altogether, and thus the difficulty gradually goes up now instead of three set difficulties that you had to go through. And this is also one of the key features I really want to talk about at first. 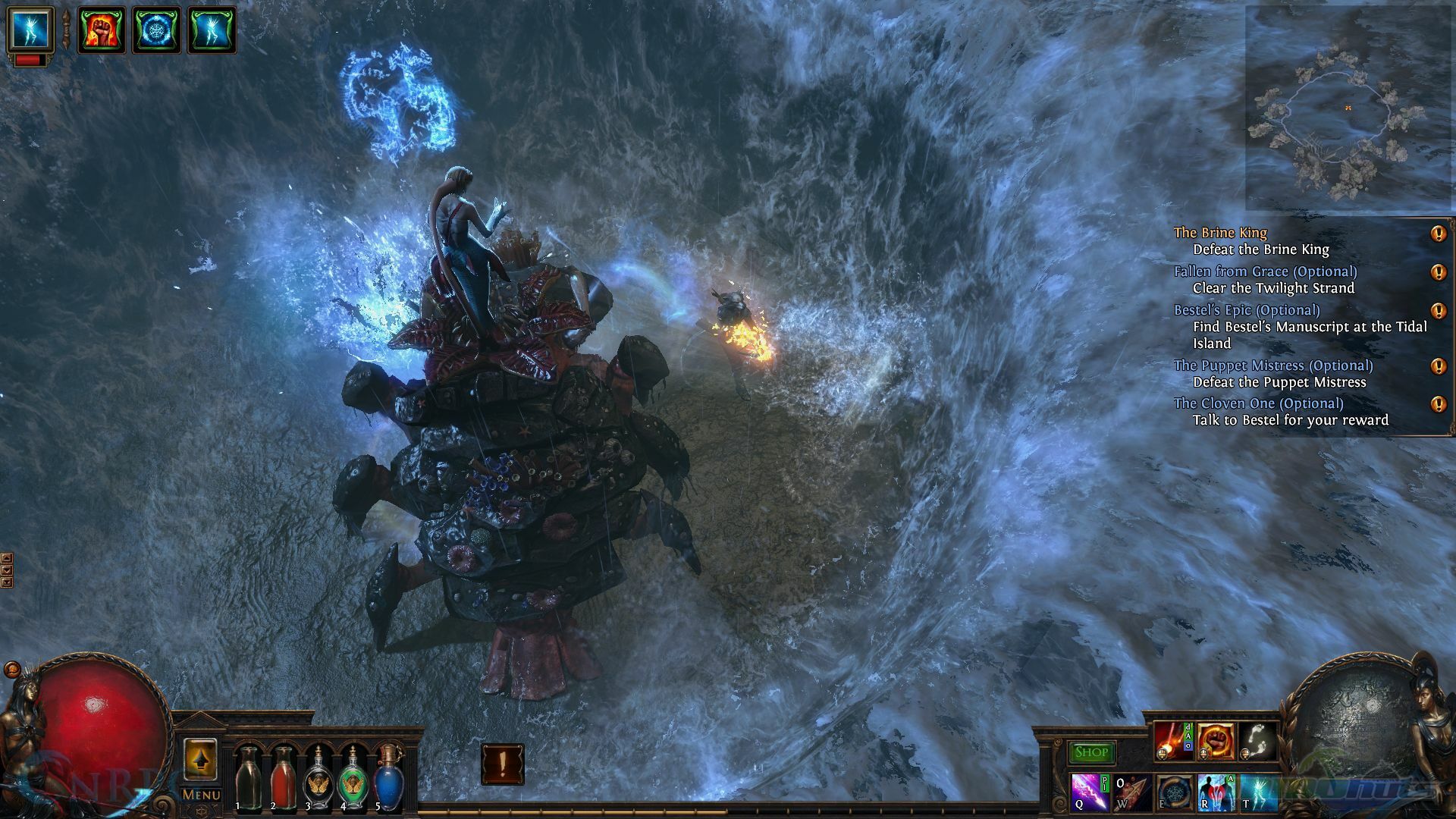 Having three difficulties, but the exact same content you had to go through in a grand total of three times used to be a deal breaker for me. When I first started playing, Path of Exile lacked content. The game was still really deep but having to play the exact same maps over and over gets repetitive and scares a lot of people off. Even when they later brought in a lot of new Arcs to the story, it still felt like a drag having to do the story two times more with the only improvement to look forward to being slightly harder bosses. 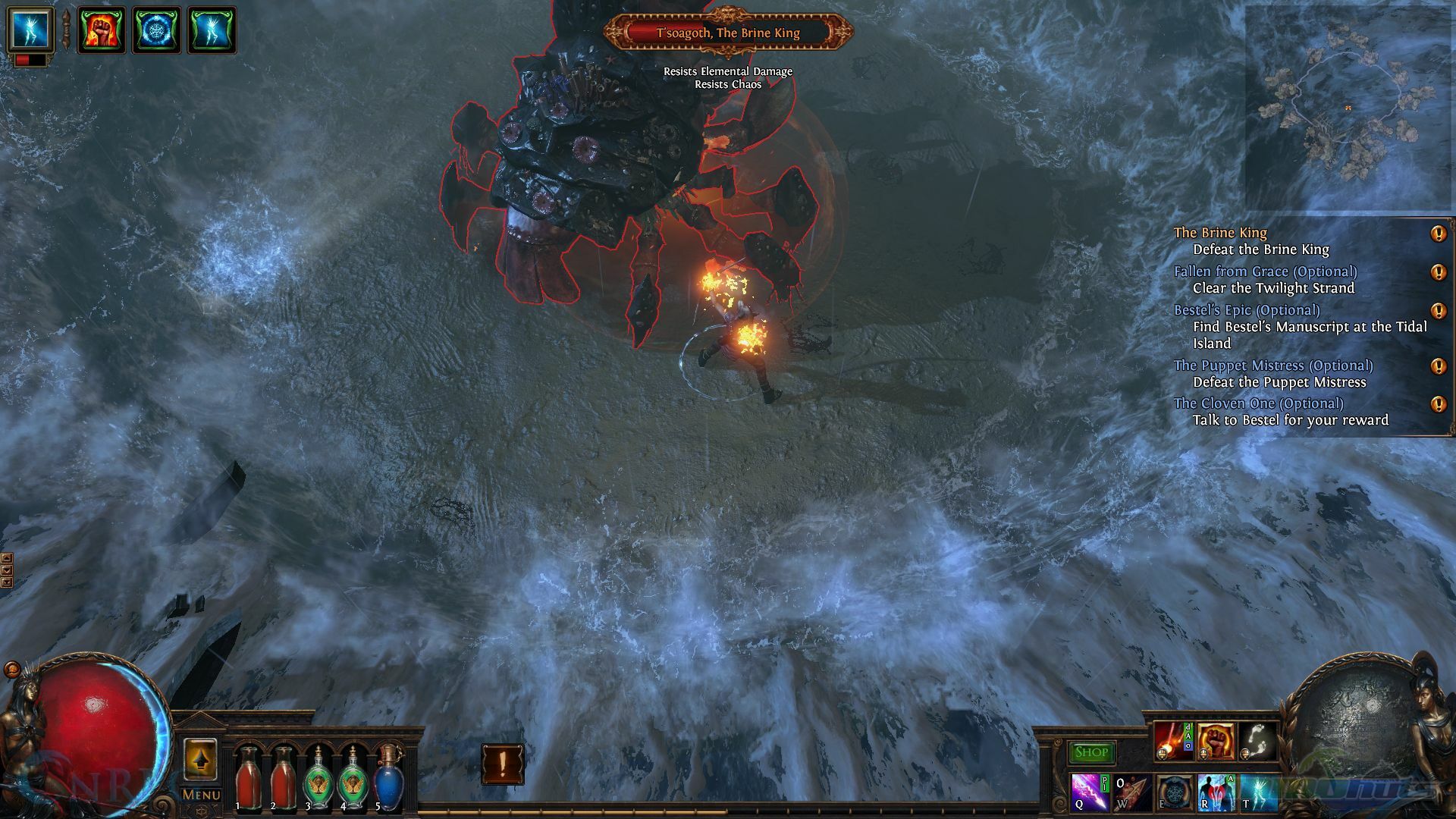 Well this has completely changed, and instead of the four arcs as we know it, there is now a total of ten different Arcs you have to go through, before you start ‘mapping.’ Mapping is basically the endgame where you get different sorts of maps that you can then enhance and upgrade to get even better versions of it, and obviously getting more and better loot the higher you went up. In this beta preview we were given, we were able to check out seven of the ten arcs and, after playing this, I am really counting the days until I get to see the rest of the three arcs. By widening the story and the content, the game feels less like a drag to go through. Rather than an endless grind, there’s now real end-game content to keep you motivated ever forward. Basically everything before now felt like an extended beta, and this is how Path of Exile was always meant to be at a true launch state. 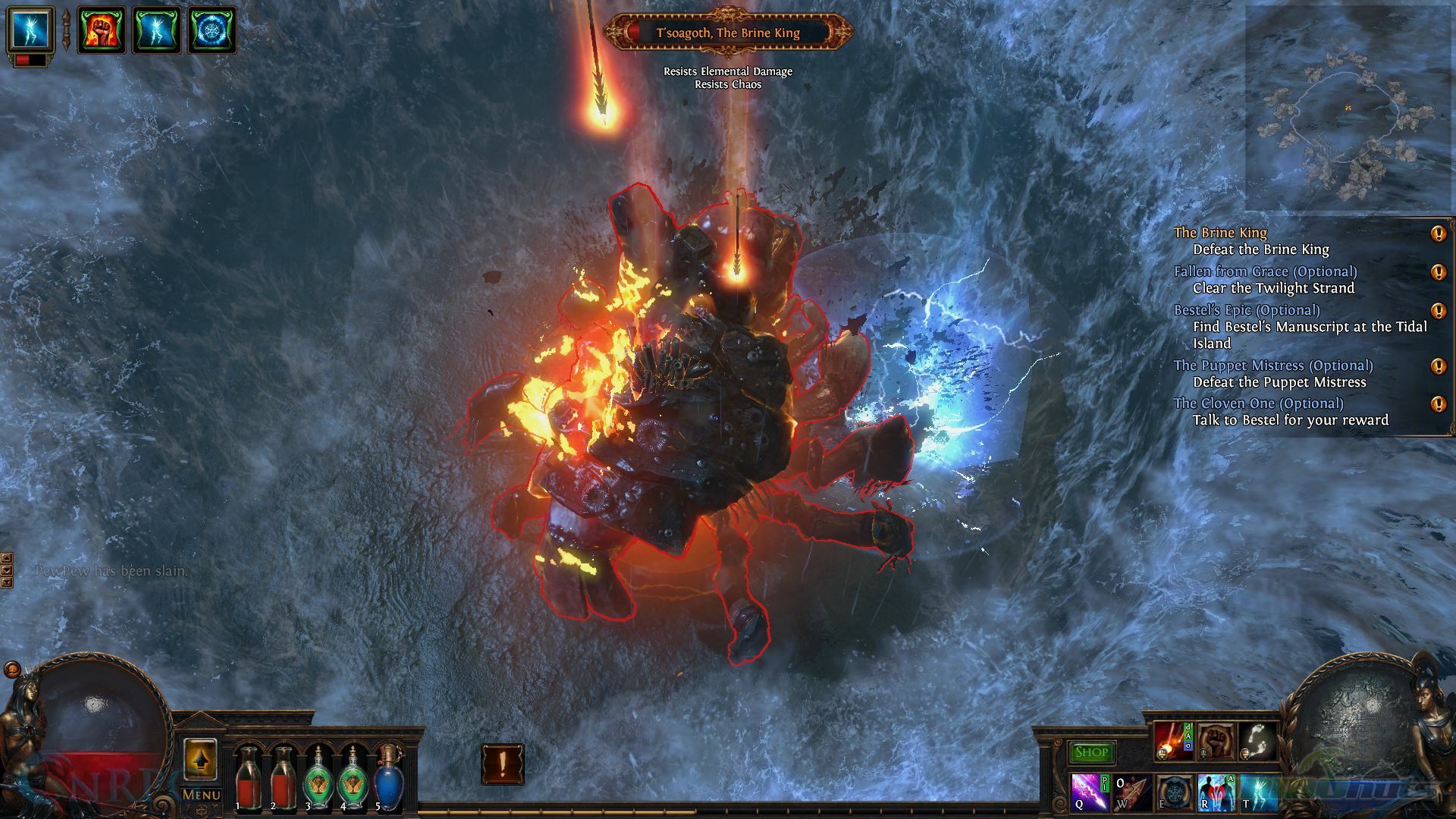 One of the newest additions to Path of Exile is also the Pantheon system. In these new arcs Grinding Gear Games really puts the emphasis more on boss fights and mini bosses. In the first four Arcs every Arc usually ended with a Boss Fight, and some casual mini boss here and there, but they usually weren’t of much importance besides advancing the story. Just another obstacle on the way you had to climb to reach the end. But with these new upcoming Arcs, the Pantheon System has been introduced and put in place to really give these boss fights meaning. In the Pantheon System you will find bonuses that you can unlock and use when defeating bosses, not only just the end boss of an Arc, but big encounters on the path there. 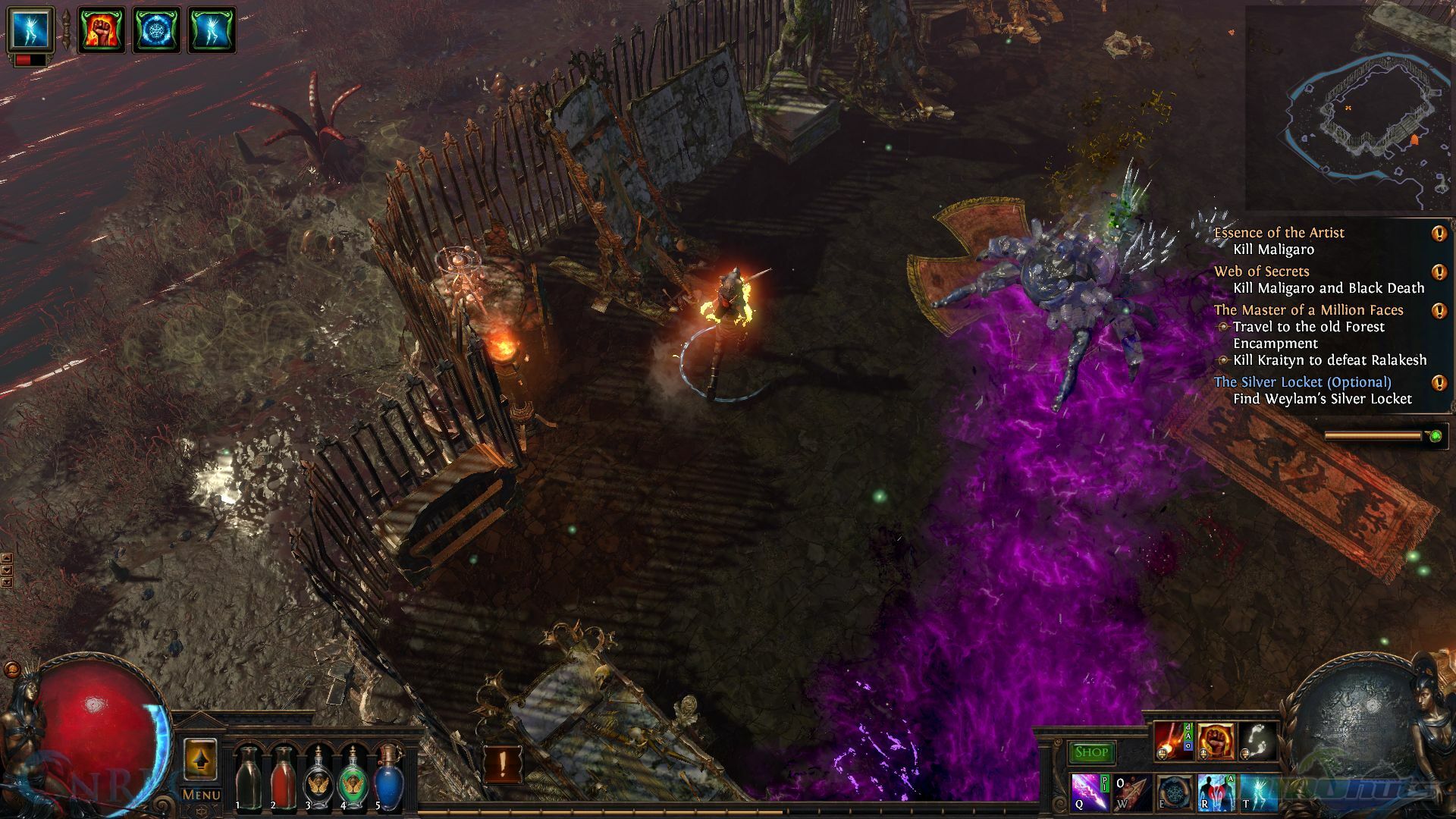 It’s not like you can really fly through these fights, because the bosses are quite challenging. Especially in your first play through when you have less leveled gear; the boss fights are especially tricky and could take a while to get down. The whole experience of some of these boss fights really gave me the impression I was doing some sort of raid boss with the amount of time it took, and I love difficult long fights. The bosses now also feel more unique! Every boss I encountered had a different type of attack, a different pattern you had to play around with, and a lot of these fights became a lot more fun than what the first four Arcs had to offer. 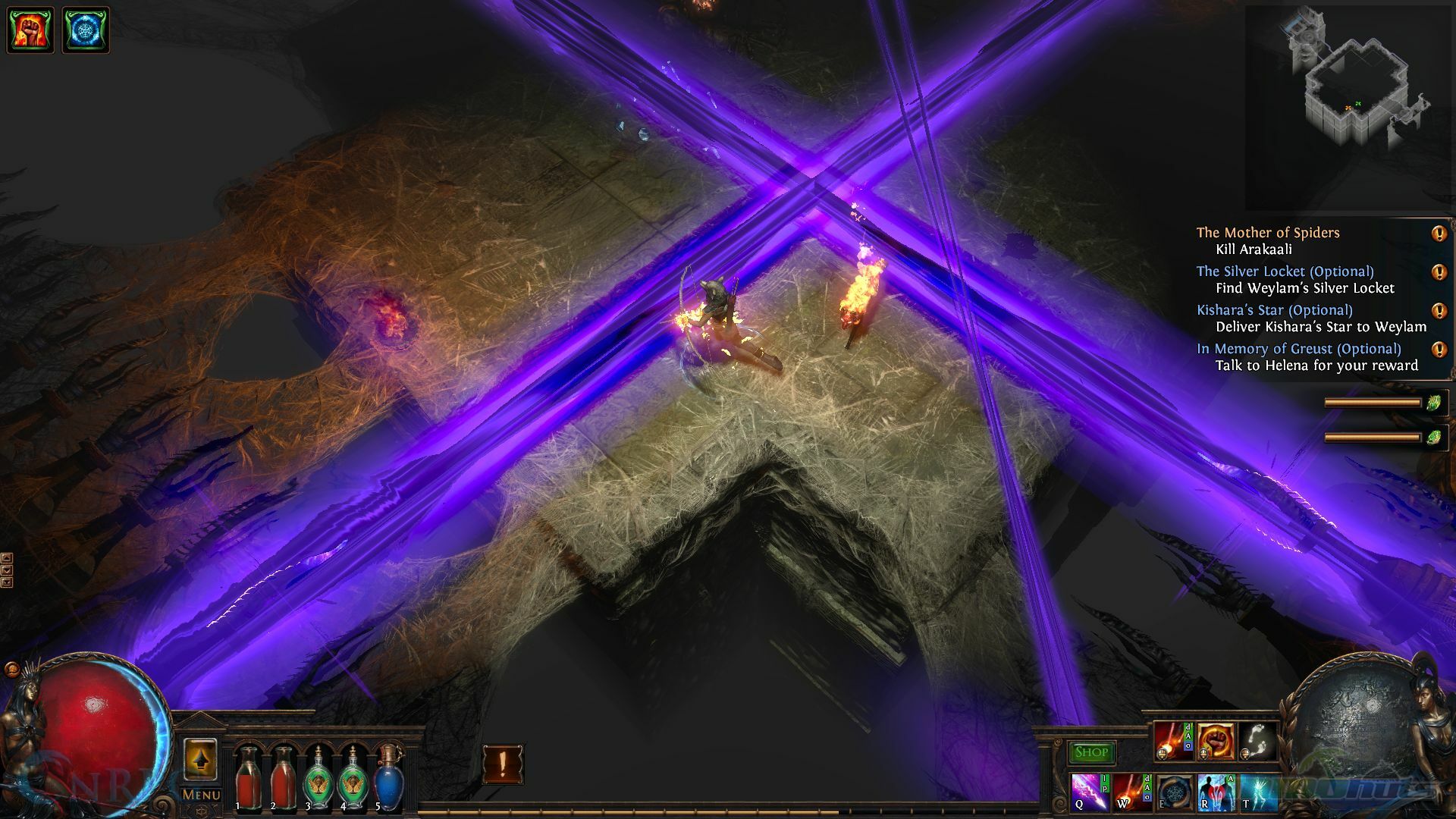 The game is now split into two parts: the first part, which is the game as we know it with the addition of the fifth arc, and the second part featuring the sixth arc and on. The fifth arc has to be my favorite of all thus far though. In the second arc though, you find yourself going back to the world you once knew, and have to fight your way to different parts of the first Arc, but this time around with a different objective, while revisiting older locations but taking different paths. The main goal is becoming stronger and proving yourself as an Exile, so you can then prepare yourself for the final fight. Going back through the areas we found ourselves in during the first part of the story is very special. Because now we finally get to see the impact we might’ve had on changing these zones, how we helped them for the good, and the bad. I really enjoyed revisiting these new iconic places I have spent many years fighting through.

Path of Exile is an action RPG that does what it does well, incredibly well. There aren’t many publishers that give out their game for free, with years of new content and updates without having to spend a dime. Grinding Gear Games is a studio I personally respect a ton, not only because of the free content that is absolutely amazing, but how well they actually communicate and listen to the community. You usually read these slogans ‘by gamers, for gamers,’ be it either for a new up and coming game, or some new piece of hardware. But that never truly feels right. 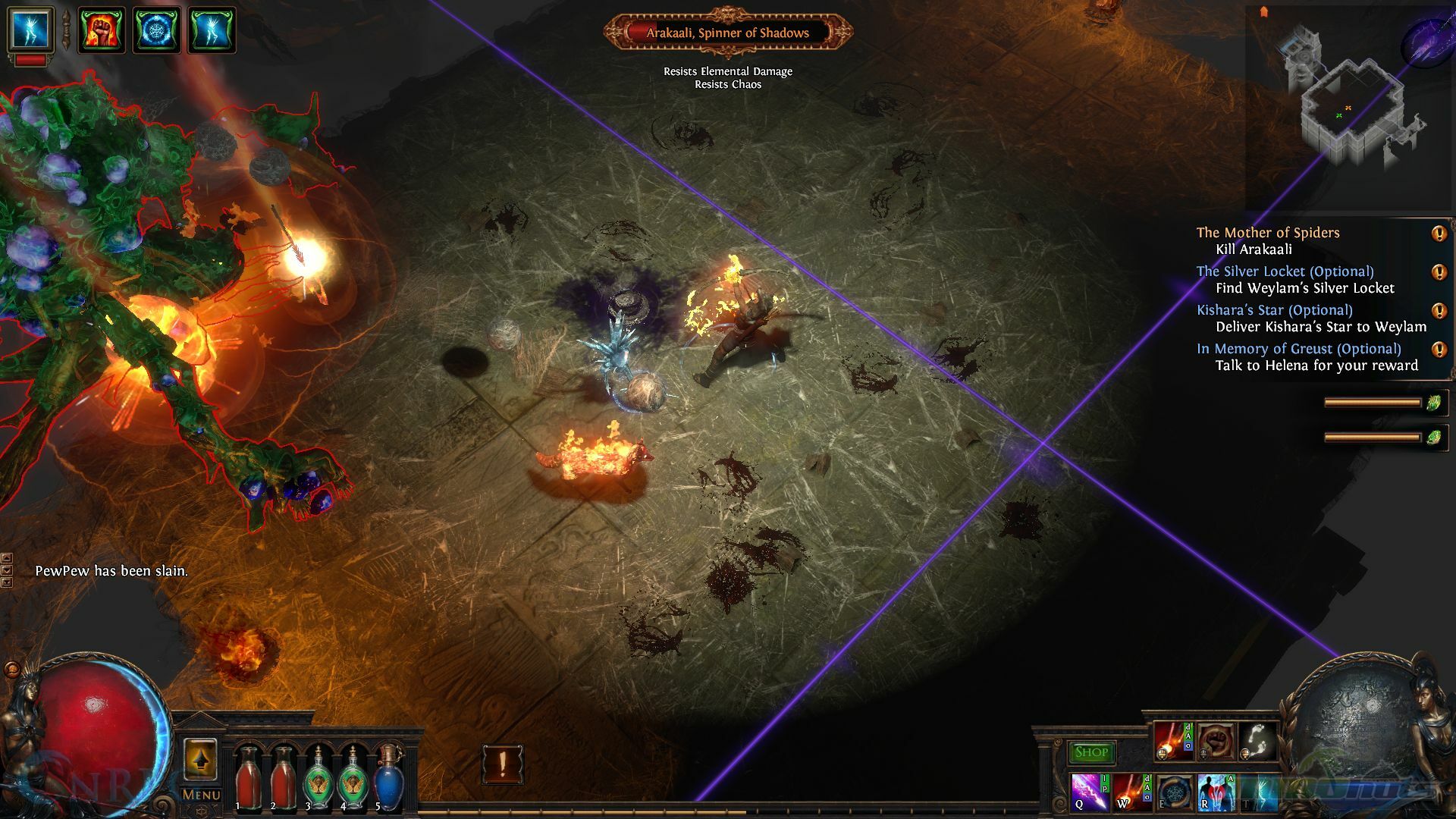 Grinding Gear Games truly shows what that slogan is supposed to mean. From what I’ve seen so far in this new update, I am absolutely stunned by the amount of content that has been implemented in such a short time since the last big update of the game. And all of this, for free. If you are a fan of RPG’s, and haven’t tried Path of Exile yet, you really have been missing out. If you have tried it but quite due to how repetitive it felt, then you might want to give it another go after this update goes live, because Path of Exile truly feels like a whole new game, a whole new experience.

Find out more in our First Look video of Fall of Oriath!