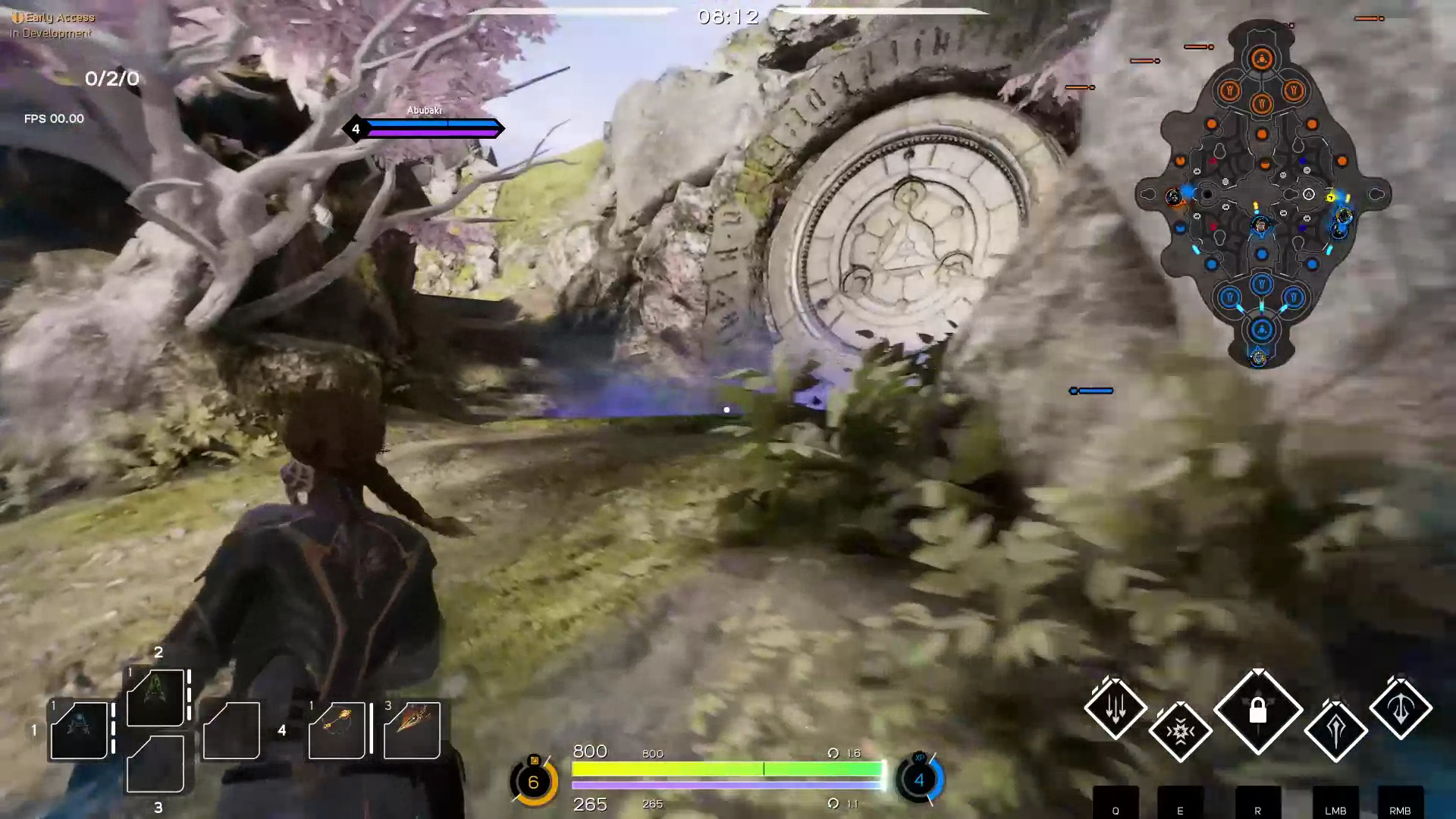 Ever since the success of League of Legends and Dota 2 (not sure why I’m linking those games, everyone knows about them now…), there have been a crazy amount of MOBA (or ARTS – action real time strategy games as I like to call them) popping up. Like the past trend of World of Warcraft clones, the majority of these games tend to not be very good and are just a ploy at getting into the market. However, sometimes actually decent games pop up even with their ‘copy-cat’ roots. Epic Games has presented us with yet another MOBA game (this time I cannot use the term ARTS as this is in no way stemming from an RTS) featuring the same old MOBA playstyle but in third person! Wait… that’s now a major something in the market getting copied too? Is Paragon actually a decent game worth your time or is it the first of a new breed of failed clones which should be ignored? Read on for my first impressions on the game in its early development stages!

Paragon is a third person MOBA from Epic Games, the same ones which brought us Unreal Tournament and Unreal Engine, available for free on PC and PS4. Players can begin playing as early as March 18th by purchasing a founder pack or for free in the open beta beginning summer 2016. At its core, Paragon is just like other MOBAs featuring three lanes pitting five against five players. There are waves of minions marching down the lanes towards towers and ultimately towards the enemy core. The game also features an intricate jungle filled with jungle minions and buffs.

You will still find yourself picking between various heroes all with unique playstyles and skill sets, but how you play using these heroes is where Paragon sets itself apart from others in the genre. All heroes are played like a third person shooter where you use the WASD keys to move and your mouse to aim and attack. The Q, W, E, and R abilities are still available as you would expect from a MOBA but all heroes also feature left and right click attacks. You can think of left click as your ‘auto attack’ with the right click being an additional skill.

In the opening paragraph, I hinted at Paragon being similar to Smite, but the game takes the third person gameplay into the Z dimension, i.e. players are able to traverse the map freely in terms of their altitude. You are no longer pinned to the ground; you can climb up slopes, jump on top of steps, and gain a height advantage over your enemy. This simple change adds a whole new dimension to the game. You cannot simply focus on your lanes but now shift attention to ensure a sniper isn’t aiming to rain hell upon you from above.

MOBA maps don’t have to be flat and boring. That’s thinking outside the box!


Overall, the arena described above is very visually appealing. It is well designed and, of course with Epic Games’ engine, the graphics are very good. However, once again, the game’s environment is quite lacking. Everything just feels ‘static’ and ‘dead’. You don’t feel like you are actually in a living world, the trees and leaves don’t move, you don’t hear the environment, etc. There is still some artwork missing from the game due to it still being in the earlier stages of development so I am hoping this improves in the future. By adding additional polish to the game, the world of Agora can truly become breath taking.

Where the environment is lacking, the layout and design make up for it. By introducing the Z-axis to this MOBA map, there are many options available to players to get around the map. You can climb up hills, drop down into the jungle, run through wells granting invisibility, and gank or escape using some truly creative methods. There are so many ways to get around and multiple ‘hidden’ passages that exist that experienced players can take advantage of. I loved using the trees in Dota 2, especially after learning about their specific layouts, but the options available to gank or juke your enemies is far greater in Paragon.

My hero is quite squishy

Moving on from the roots, graphics, and design, the gameplay is very smooth in Paragon for a beta game. All your inputs are registered, and you never feel like you are not in control. However, the overall design of the abilities and characters could use some work to make the gameplay, especially the team fights, stand out. Currently, all the abilities are a little underwhelming and even your ultimate abilities, while outshining standard abilities, still don’t feel like show stoppers. The characters and their abilities feel like a big mess of explosions during team fights, without much rhyme or reason. This leads to a mess that is called a team fight and can cause new players to end up thinking, “What is going on…?” While this may not be an issue for experienced players who can tell the abilities and heroes apart instantly, sometimes even by the distinct sound effects, it can be confusing for new players like myself. Games such as Dota 2 and Heroes of the Storm have demonstrated how abilities and heroes can be designed in such a way that they can easily be pointed out during hectic team fights.

If you do manage to figure out what is going on, players will be farming and pushing lanes as usual. After gaining levels, aside from leveling up your abilities, cards may be purchased from the shop. These cards can be thought of like items which can also be upgraded using additional cards. This card system lets players collect and build unique decks to create their own unique heroes. Unlike most MOBA games, not all players and heroes will have the same items available for purchase. What is available in your shop depends on how you build your deck.

The replay and spectating system is great

I will be honest, at first this feature was a huge turn off. I really dislike the idea of putting players that do not own certain cards at a disadvantage over other players who have been playing longer or got lucky when opening card packs. However, seeing as how all the heroes will be free and that cards will only be available by simply playing the game, it is not too bad. I would have preferred for both heroes and cards to be fully available from the get go but this is a good compromise.

While you do not need to spend a dime to play Paragon on even footing with other players, you still have the option of purchasing cosmetic or XP boosting items to set yourself apart from the crowd. Players can purchase Master Challenges for heroes that reward players with skins, permanent hero XP boost, and the ability to attempt these challenges. Upon successfully completing a Master Challenge, you will unlock the master skin and taunt for that hero. I am really glad to see only cosmetic and XP boost options available to paying players; a game is never fun if you can easily win with your wallet.

The lobby UI could use some work

Conclusion: Paragon is outside the box and has potential

Paragon is not a game you should simply cast aside and ignore as a ‘copy-cat’. It would be unfair and unrealistic to expect no other games to follow the footsteps of Smite. If this genre is what the players want, then companies like Epic Games will make sure their thirst is quenched.

Paragon brings us a decent third person MOBA with potential. While I do not personally see myself playing the game in its current state, I was surprised to see it being very polished even in the early stages. Tthere is already a great spectator and replay system allowing players to view live games and even export replays to Youtube or as GIFs! Some games, looking at you HoTS, are already falling behind a game in beta. I have been playing around with the game even during its alpha stages and even at that time I experienced few bugs. I am excited to see what the three week hero release cycle brings us. I am a fan of the traditional RTS styled games but if you’re more a shooter than RTS fan, Paragon might sell you on MOBAs. Besides, the game will be free to play, so you shouldn’t have an excuse not to at least try it out.