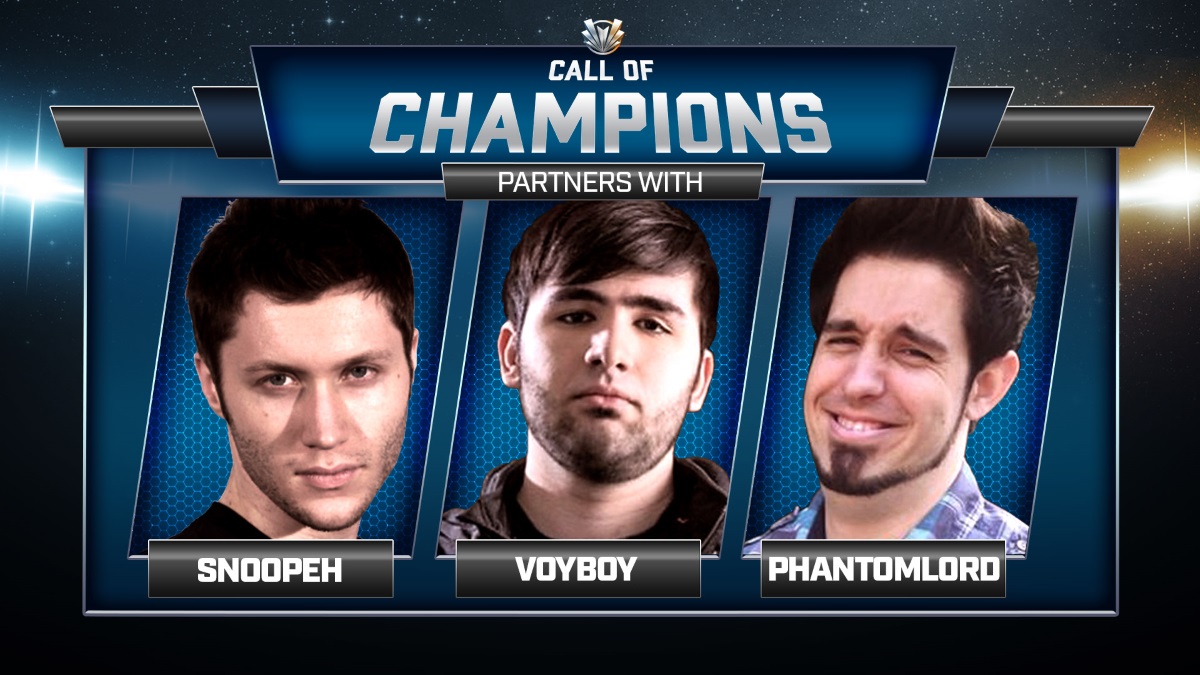 Spacetime Studios, a Texas-based independent mobile game developer and publisher, has partnered with former League of Legends professional Esports players James “PhantomL0rd” Varga, Joedat “Voyboy” Esfahani and Stephen “Snoopeh” Ellis to consult on the development of their latest game Call of Champions. Built from the ground up for mobile devices, Call of Champions is a game that streamlines traditional multiplayer online battle arena (MOBA) mechanics for fast and strategic matches. The former Esports players will bring their unique backgrounds and pro experience in the competitive MOBA scene to assist in refining the gameplay of Call of Champions.

“James, Joedat and Stephen have helped level up competitive gaming and define what it means to be an Esports competitor today,” said Gary Gattis, CEO, Spacetime Studios. “Their extraordinary ability to understand MOBAs and how people play these games makes them the perfect partners to work with our team creating Call of Champions. With their help, we will set a new standard for competitive mobile games.”

Serving as independent consultants, the three professional gamers have extensive experience in the MOBA genre and are highly accomplished within the Esports circuit. James “PhantomL0rd” Varga began his professional gaming career with Team Fortress Classic, Counterstrike, Quake3 Arena, and World of Warcraft before immersing himself in League of Legends where he co-founded the original V8 Esports team. Joedat “Voyboy” Esfahani is among the most accomplished and well known League of Legends players in the world and has represented teams such as Dignitas, Counter Logic Gaming, and Curse in tournaments as big as the World Championships. Stephen “Snoopeh” Ellis is a former professional League of Legends player who has competed with and against the best players in the world for more than four years.

Call of Champions is a next-generation MOBA refined for mobile and designed for competition. In the game, players will be able to control one of over twenty different Champions across five distinct classes, each equipped with their own unique playstyle and special abilities. Each match is packed into a thrilling 5-minute time limit enabling players to enjoy quick competitive games with anyone, anywhere, anytime. Call of Champions features a robust social toolset, allowing players to recruit team members, plan matches, and earn achievements, plus spectate or broadcast matches live.

“PhantomL0rd”, “Voyboy” and “Snoopeh” will collaborate with the game design team and provide commentary on the game’s development via their respective social channels. These pro gamers will also be the first players to participate in the Call of Champions Alpha Program. Spacetime Studios will be opening the Alpha to an elite group of competitive gamers and innovators later this month. To stay up-to-date on the latest information, #AnswerTheCall and visit www.CallofChampions.com where you can rate the game’s Champions and sign up to receive exclusive information on the upcoming Alpha and Beta.

Call of Champions will be available in 2015 as a free download on the App Store for iPhone, iPad and iPod touch and on Google Play for Android devices.