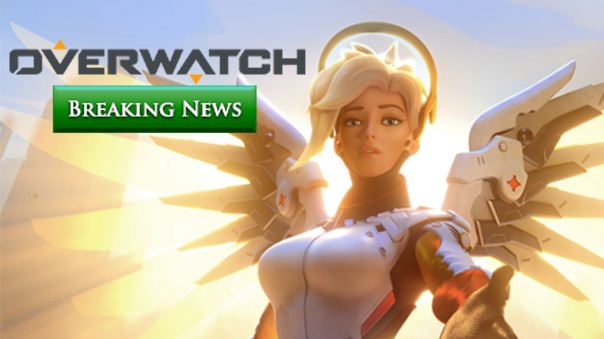 My initial impressions of Overwatch were not very good. The game was pretty fun but it was not enough to justify the $60 price tag (or $40 which I only found out about later – if you don’t buy the deluxe edition). It played very smoothly, looked great, and was pretty fun to play. If it had been free to play, I would have popped in from time to time to fill my need for first person shooters. However, after learning about an upcoming Competitive Play mode, my competitive side could not resist getting back into the game. It’s always fun getting salty with other people in our journey to achieve high ranks. Read on to learn more about Overwatch’s new competitive mode.

Shortly after the game’s official release, a ‘competitive mode’ was available in the game. However, this game mode did not fulfill the competitive needs of some players. The original competitive mode was more progression than skill based. Players were able to continuously progress through the ranks by simply investing more time into the game. Deliberate practice was not necessary in order to improve and climb the rankings. Fortunately, Blizzard did a great job of listening to the community and providing us with a game mode which rewards skill and not just time played.

You’re coming with me!

The new competitive play mode is similar to most competitive game modes allowing skilled players to climb while those carried above their level to eventually fall back down. Depending on your opponents and personal performance, you can gain or lose a few to many elo points. As it is now, most players do not think wins are as rewarding as they should be. It can be easy to drop down ranks but climbing back up can take what feels like forever.

After reaching level 25, players must play 10 placement matches before attaining their initial rank. I am not a fan of having level requirements in order to play ranked; a well-designed system should automatically place players with those around their skill level. However, having such a system does make the initial placement smoother and somewhat helps ensure players know what they are doing in ranked. Ranks range between 1 and 100, with a higher number being better. Ideally, you will be placed against players of a similar skill level but as we all know, this is not always possible. While the players’ ranks should be balanced on both teams, since the season has just begun, you may have newer players playing against far more experienced players. However, this should all balance itself out over time as the scene matures. If newer players end up being better than the experience players, they will climb up and leave the older players behind. On the other hand, if experience is king, the newer players will drop down (or stay put) while other players gradually climb up.

I’m a huge fan of Tracer

Aside from granting personal satisfaction, playing through each competitive season rewards players with additional cosmetic items. To begin, all players participating in each season will be rewarded with custom player icons and sprays unique to that season. For those that are really invested in competitive play, golden weapons are available for purchase at the end of the season. These weapons can be purchased with competitive points gained by playing throughout the season. I really hope I am able to pick up a golden weapon; I’m always a sucker for useless cosmetics.

It is important to keep in mind that the ranks described above are not permanent. Your competitive stats are reset at the beginning of each season. These seasons follow the seasons on the northern-hemisphere with the current season being Summer 2016: each season is 2.5 months long with a 2-week offseason in-between giving players time to relax and prepare for the next season. Season systems always keep the game interesting but sometimes end up creating ‘chores’ where taking a break will cause you to lose your rank and miss out on cool items.

Enough about the ranks and seasons, let us move on to the actual gameplay. While it is true that you are still playing Overwatch, the game modes feature some tweaks to give them that additional competitive feel. The control point mode is now played in a best of five format, maps with escort elements grant points for each checkpoint, and assault grants a point per each point capture. Both teams play on offense and defense and the team with the most points or furthest escort wins. Ties are handled great in Assault with both teams being given another chance to attack using the time they have left over (with a minimum of 2 minutes). If the game still ends up in a tie, a sudden death is initiated.

Ties are decided with ‘Sudden Death’

While only around for Summer 2016, Sudden Death randomly assigns a team on offense or defense. In this game mode, it is all or nothing. The first point is all that is needed to win so give it your all to attack or defend from the get go. Sudden Death is a controversial game mode as it can be up to luck at times. I personally find attacking to be easier than defending as a small mistake can cost you the game while defending but attackers have multiple tries at breaking your defense. I’m curious to see what Blizzard has in store for tie breakers in Autumn 2016.

Conclusion: Does this new game mode satisfy the needs of competitive players?

I, along with many Overwatch players, was very happy upon reading Blizzard’s competitive play mode announcement. I was originally quite disappointed by the lack of competitiveness from this game but Blizzard has done a great job of listening to its players and giving them what they want. Of course, you will still find players complaining about everything but overall this game mode is a good start towards a competitive Overwatch.

Bad idea to clump up in a choke point

Over time we should see this system improve (hopefully). Currently there are complaints about receiving an unfair amount of points upon victory and matchmaking being unbalanced. Blizzard is currently working on fixing the issue with not receiving enough points on some maps and the matchmaking should balance itself out over time. I was personally hoping to find myself among other players that are looking to win and play together as a team. Often times you find players on your team playing alone in Quick Match and not worrying about the overall team. Unfortunately, competitive play does not improve this too much, but I have feeling that is due to me just getting started.

I am hoping that as I progress through the ranks, I will find myself alongside other players who are more serious about the game and are playing for the team and not themselves. Of course, playing with a group will automatically solve this problem. While I highly recommend finding a group to play with, it is not always possible.

Flying around with Mercy is a ton of fun

To summarize, I am glad Blizzard added this new game mode to Overwatch. A simple addition such as competitive play convinced me to purchase the game, and I can see myself putting many hours into the game while working towards higher ranks. While rankings and numbers may not mean much to some people, I love competing with others and myself. Having something, even if it is not perfect, to compare yourself with others helps to gauge where you are at skill wise and encourages you to get better. While the game is not quite there yet, I am looking forward to seeing the competitive scene evolve. If Blizzard continues this trend of listening to the community and giving them what they want, Overwatch will continue to be a great game for both casual and competitive players.