Population Zero Asks If You Are a Xenobiote or Technocrat 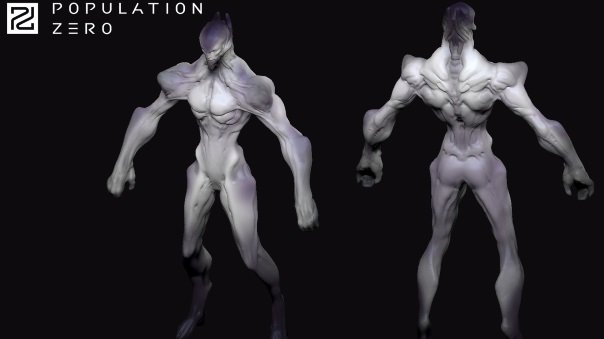 The Population Zero developers released a new blog, asking an important question: Xenobiote or Technocrat? Factions are important to Population Zero, and each faction has its own stats, leveling, and crafting systems. This faction choice affects your character growth and the plot, and at the moment, there are three factions: Xenobiote, Technocrat, and Void (which serves as a sort of transition between the other two). They did state that more factions are on the way. There are mysterious forces on the planet Kepler that affect everything, from the moment the character begins. As their life on Kepler goes on, they will constantly change and become less human. Which side will you be on? It’s entirely up to you. It’s also not too late for interested players to purchase a Founder’s Pack, which can be found here.

The first stage is the Void, and the player’s character gains survivability, stealth, and resistances. As a Void, they cannot be poisoned, and also have more endurance/damage. Voids cannot craft objects, wear armor, or wield weapons. It’s at this point the player will gain a quest to help them choose a path – the Technocrat or the Xenobiote. This choice is not final though, or they could choose to be a Void instead. The Void is the perfect hunter, after all.

The Technocrat: Technocrats are colonists who chose to go back to the human-ish roots. Though they can’t become 100% human anymore, they decide to stay in that form. To become a Technocrat, the player has to find an implantation module that helps to fight the transformations that change them during rebirths. When leveling, Technocrats learn how to create more advanced devices and tools, improving armor and weapons. Technologic advance is their way, and all they want is to turn Kepler into New Earth.

The Xenobiote: Xenobiotes are colonists who decided to unify with nature. They choose to create a symbiosis between Kepler’s flora and fauna and conform to their unique features. The process of turning into a Xenobiote is entirely different from the Technocrat’s. The first biome where they genuinely feel powerful will be the Jungle biome. The symbiosis with local fauna and animals will allow for both fast crafting, weapon building, and construction. Instead of tools, Xenobiotes will use plants for crafting; they do not kill the animals like technocrats do, but rather ally with them. To upgrade, players will use a complex mutation system.