SG Interactive has announced some fun news for players of Grand Chase and Trickster Online.

In Grand Chase, players can encounter the Nightmare Circus dungeon, discovered as Rufus seeks the mysterious blue flame. Until January 31, players who enter the dungeon can find Epic and Relic Gold Mithril Bars, the Infernal Carnival dungeon crest, and a host of special set effects that grant bonuses to experience, gold, or damage. 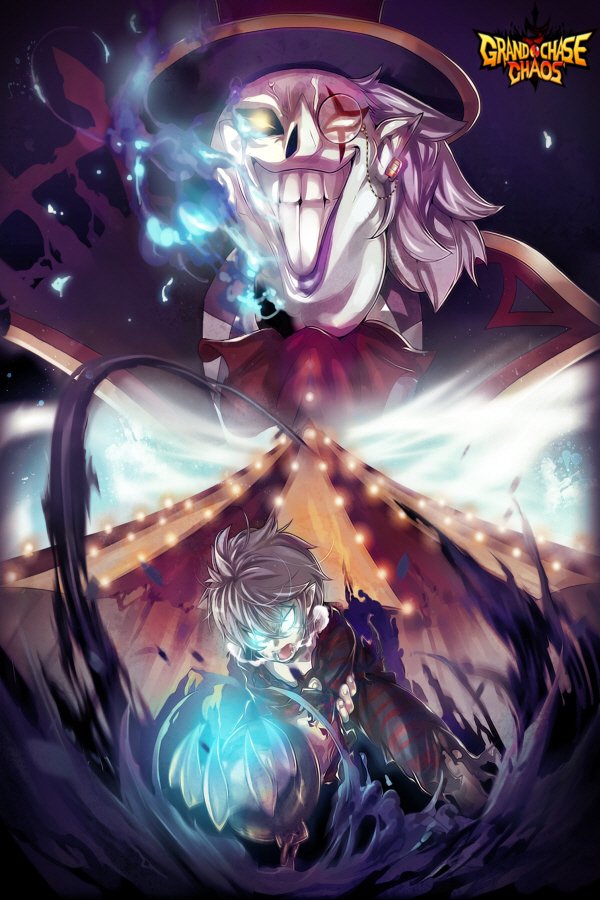 Irvine, Calif. – Jan. 19, 2012 – Starting the New Year with new items and events for two of its free-to-play online games, SG Interactive is focused on giving back to its fans. Grand Chase: Chaos is bringing back the spooky Nightmare Circus event, challenging players with the infernal dungeon, where the promise of magnificent rewards awaits only the most daring adventurers. Trickster Online is rewarding gamers with spoils from the all-new Card Master Raccoon character boxes. Players new and old are invited to register for free to try out the plethora of new content available now in both games.

Rufus’ pursuit of the source of the mysterious blue flame has led him straight into depths of the dreaded Nightmare Circus. Through Tuesday, Jan. 31 anyone can venture into the Nightmare Circus dungeon to battle for character rewards, such as:

Grand Chase: Chaos is a side-scrolling action MMORPG game allowing up to six characters to engage in thrilling fights with each other. Gamers choose to fight monsters in dungeons or against each other in combat – the player-versus-player mode provides two types of battle, team battle and survival. Each type supports tag match and item mode.

Online gamers can now do battle with Grand Chase: Chaos‘ Queen of Darkness, Kaze’aze and save the world by visiting the game’s website athttp://grandchase.gamerage.com. For the latest updates on Grand Chase: Chaos, fans also can “Like” the game on Facebook at http://www.facebook.com/NAGrandChase.

New rewards await gamers in Trickster Online as well. SG Interactive is releasing a new character box, premium goods that contain a random in-game item, each month. January kicks off with the Card Master Raccoon Box. Dedicated adventurers, who collect all six items in each of the three levels of Raccoon Boxes, will receive the ultra-rare and coveted Card Master Raccoon Halo. Until Friday, Feb. 9, any gamer can find the New Year Box, which contains various items such as the rare vanity item, the Speech Balloon Head.

The new Card Master Raccoon items will help Trickster Online players unravel the mystery ofbourgeois billionaire Don Cavalier, founder and former leader of the Megalo Company – the world’s biggest and best game company. Before he died, he hid his fortune in Caballa Island, a desert island in the middle of the Pacific Ocean. Gamers and adventurers must dig for the lost treasure in the form of magical card.

To join the epic adventure to find Don Cavalier’s treasure, players canregister for free at http://trickster.gamerage.com. For the latest updates on Trickster Online, fans also can “Like” the game on Facebook at http://www.facebook.com/TricksterOnline.